Based on the need of British European Airways for a hundred seat turboprop air­craft Vickers designed the Vanguard. The Viscount was taken as starting point, so both aircraft have the same basic characteristics, such as the configuration, hori­zon­tal stabilisers with dihedral and oval cabin windows. The engines are in the wing's leading edge. The engine nacelles are slender, and have circular air intakes around the prop spinners, typical for the Rolls Royce Tynes. The vertical stabiliser has a trapezium shape, and a dorsal fin in front (except initially the prototype). Typical for the Vanguard is the streamlined nose and cockpit with many windows. The fuselage has a double double cross section. 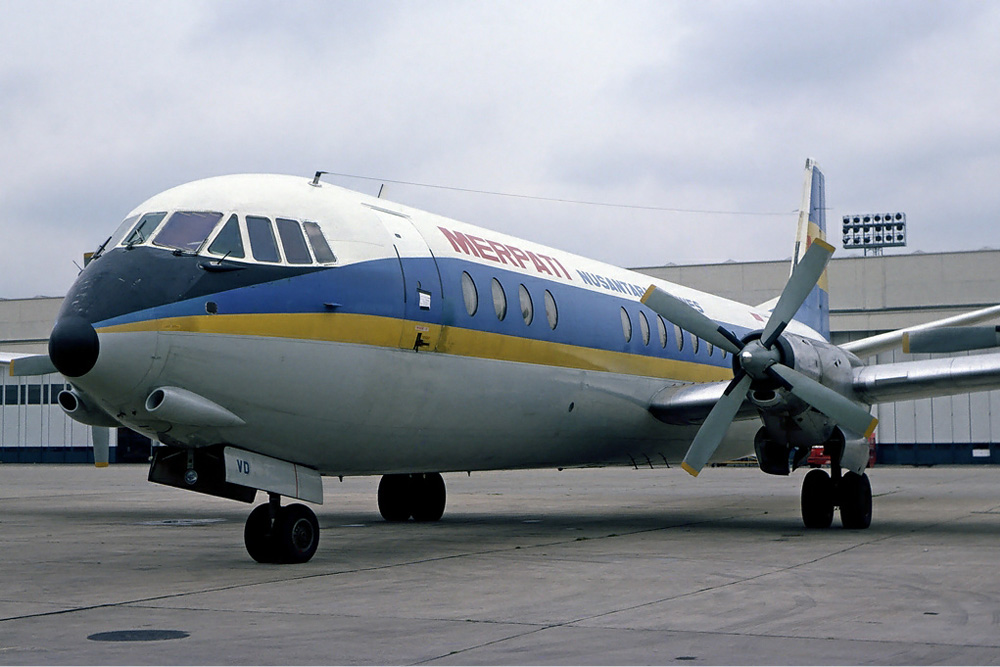 The nose and cockpit of the Vickers Vanguard are quite streamlined, as are the many cockpit windows. From this angle the nacelles with ring shaped intakes are well visible. (photo Steve Fitzgerald/WikiMedia) 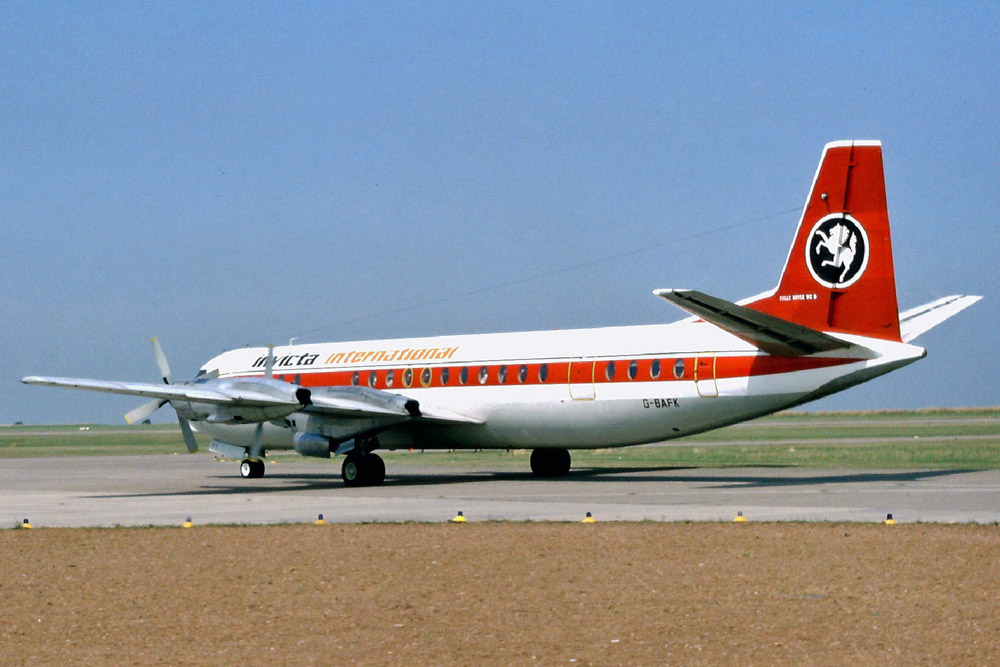 From this angle the Vanguards tail is better visible: the horizontal stabilisers have a significant dihedral and the vertical stabiliser is a trapezium with dorsal fin. (photo Rob Hodgkins/WikiMedia)

This was the prototype version of the Vanguard. Initially it could be distinguished from later versions by the much smaller dorsal fin. However, already during the flight test programme the aircraft were equipped with the bigger dorsal fin.

The production versions of the Vanguard differ mainly in internal structure and operating weights. Types 951 and 953 were originally used by British European Airways (BEA), type 952 by Trans Canada Airlines (TCA).

Nine BEA aircraft were later converted to cargo aircraft, by adding a large cargo door in the left front fuselage. These were known as Merchantman. For a photo see at the top of this page. 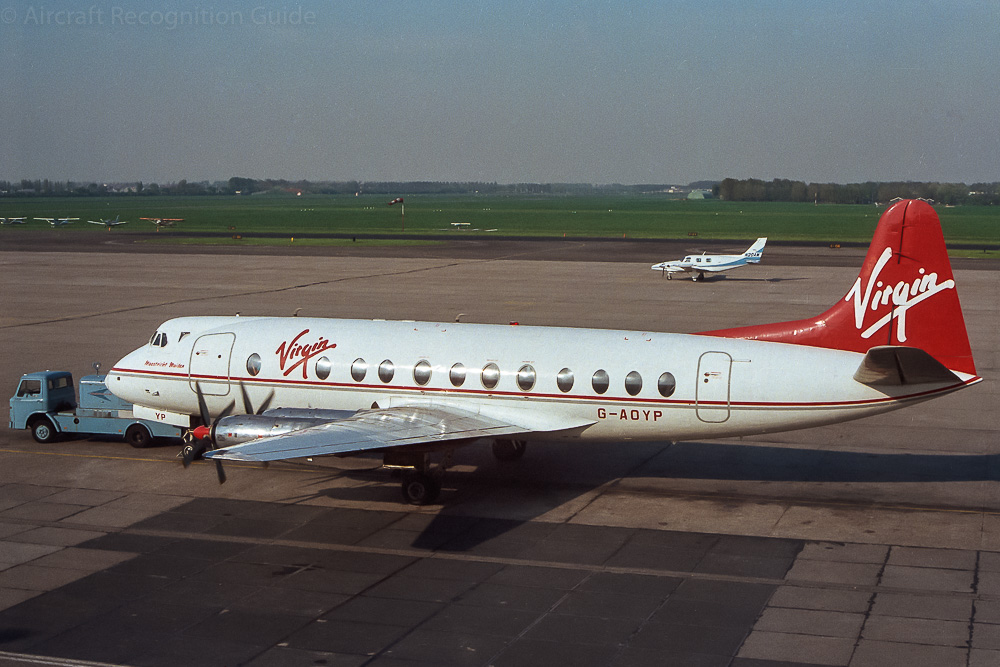 The Vanguard was the successor of the Viscount. The Viscount also has oval cabin windows and stabilisers with di­hedral. The nacelles have ring shaped air intakes as well. Contrary to the Van­guard it has a less stream­lined nose and with the cockpit popping out. The verti­cal stabi­liser is curved from dorsal fin to the back. 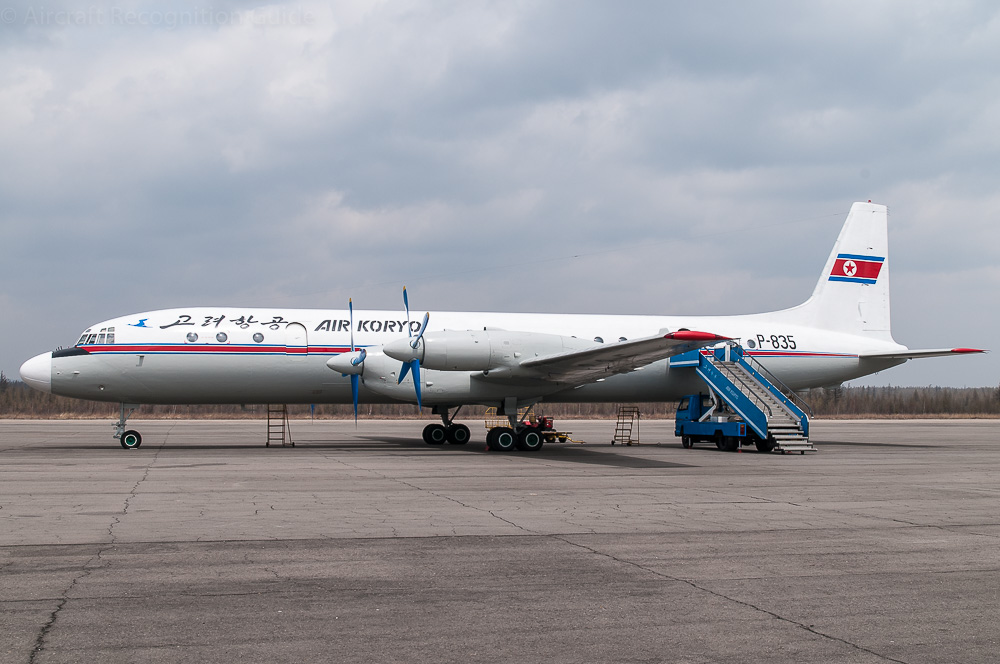 The Soviet counterpart of the Electra and Van­­guard can best be recognised by the round cabin windows and four wheels on the main landing gears, apart from other differences. The fuselage is round. 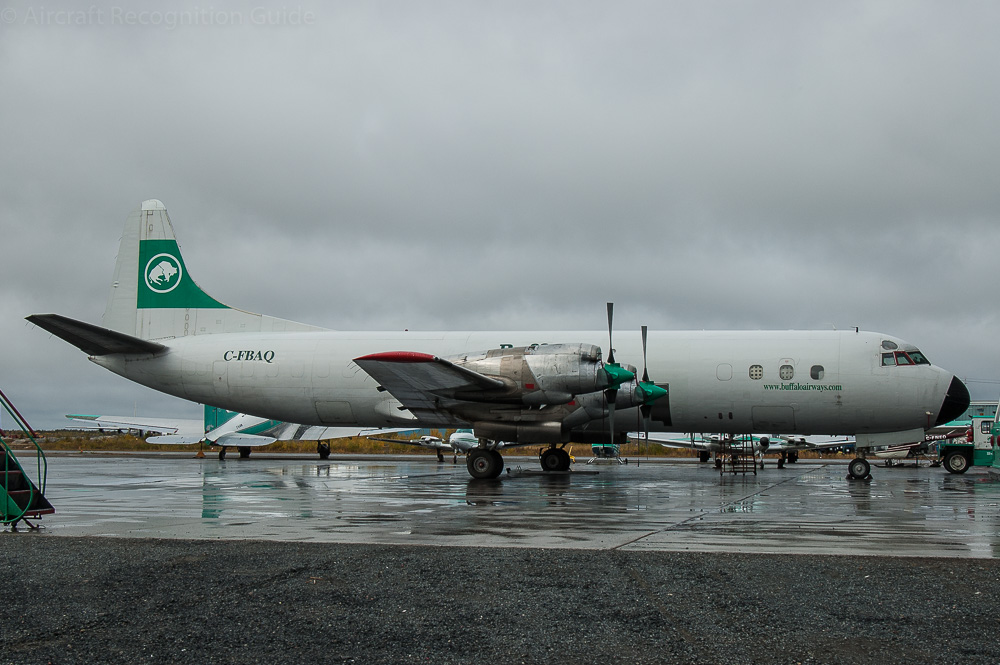 The Lockheed Electra has a curved vertical stabi­liser like the Viscount, so different from the Van­guard. Further­more the Electra has a circular fuselage, rounded nose, rectangular cabin win­dows and nacelles above the wings with intakes at the top. 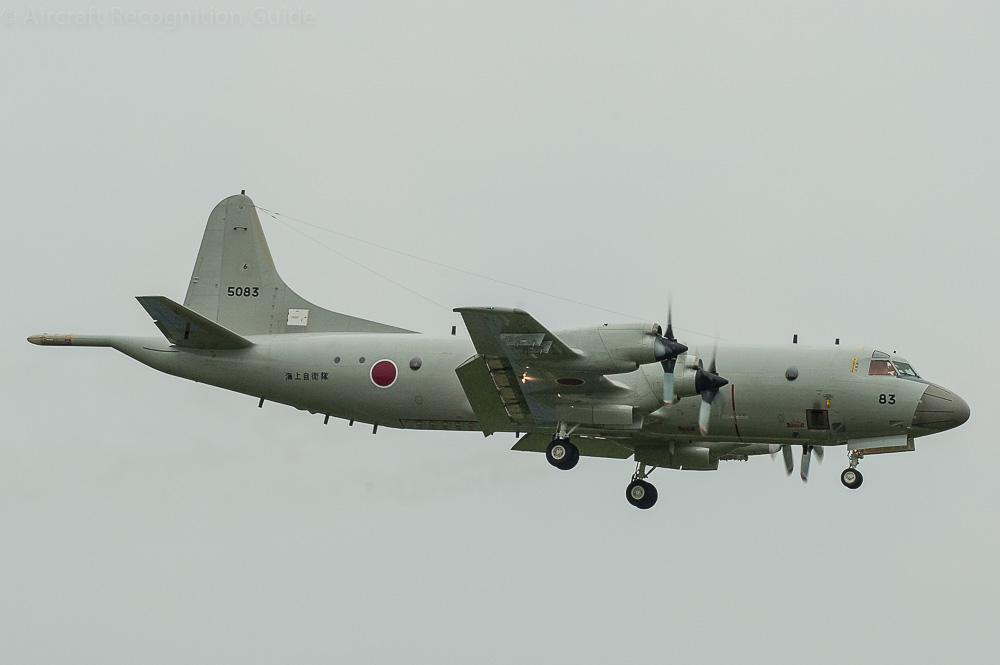 The Orion is a maritime patrol aircraft derived from the Electra, which is clearly visible in the curved vertical stabiliser, wings and nacelles above the wings with intakes at the top. So these are also the way to distinguish it from the Vanguard.