The designer that brought us the Twin Commander and Jet Commander, Ted Smith, was also the man behind the fastest piston twin aircraft in the world, the Aerostar. At first he produced the aircraft in his own factory, but in the 1970s he sold the design to Piper, which gave it designation PA-60.

Typical for the Aerostar is that the wings go straight through the middle of the fuselage, so a mid-wing configuration. This Jet Commander heritage makes it easy to recognise. With such high wings the retractable main landing gear is quite long. The fuselage has a long, pointed nose. There is a single piece windshield, with a cockpit side and overhead window on each side. The left side window is in the cabin door. Behind, above the wings, are large, rectangular cabin windows. Other characteristics of the Aerostar are the straight top of the fuselage, all the way to the tail cone, and the curved leading edge of the vertical stabiliser. The piston engines are in the wing's leading edges. 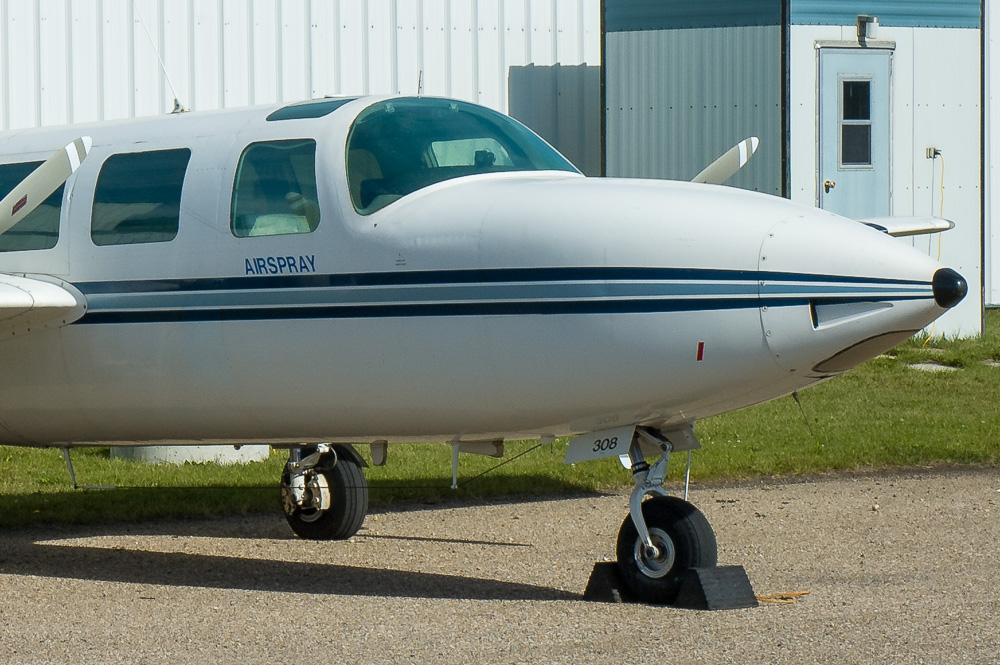 Here you see the long, pointed nose of the Aerostar, with a single piece front cockpit window and overhead cockpit windows on both sides. 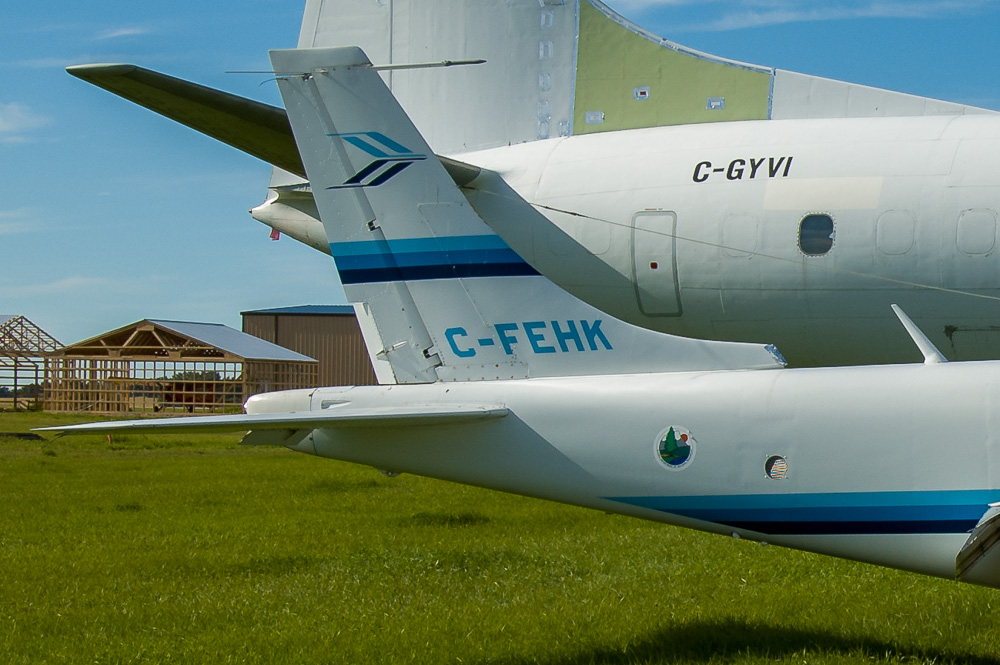 The leading edge of the vertical stabiliser is curved from the dorsal fin to the top, with an air intake at the root of the dorsal fin. Note the straight top of the rear fuselage.

The different versions of the Aerostar can be distinguished by: 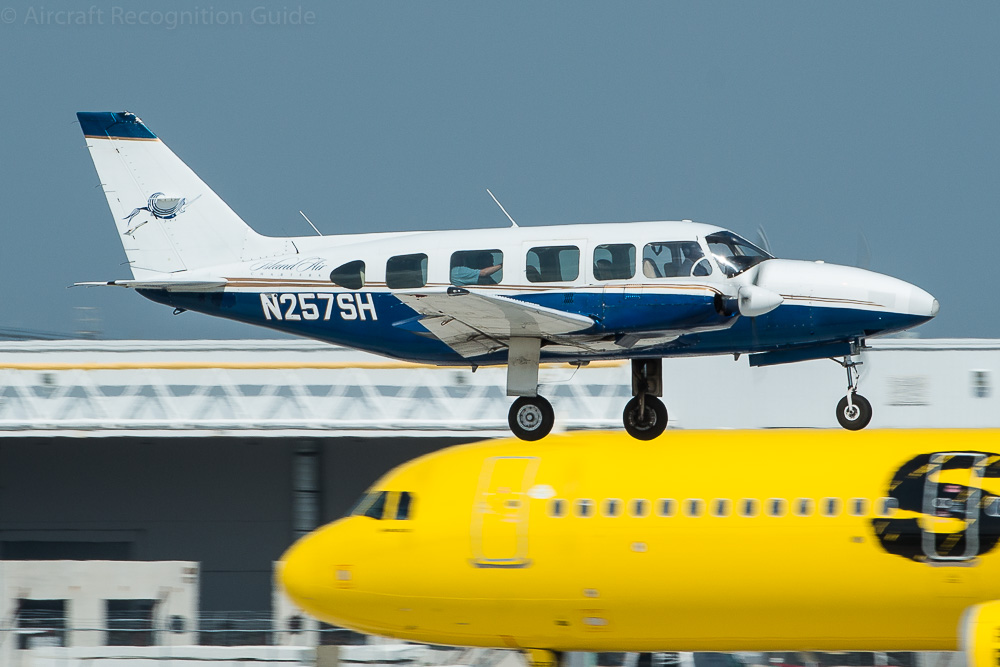 Considering the general shape and window configuration, the PA-31 comes closest to a possible mix-up with the Aerostar. However, the PA-31 is a low-wing aircraft and lacks the curved leading edge of the vertical stabiliser. 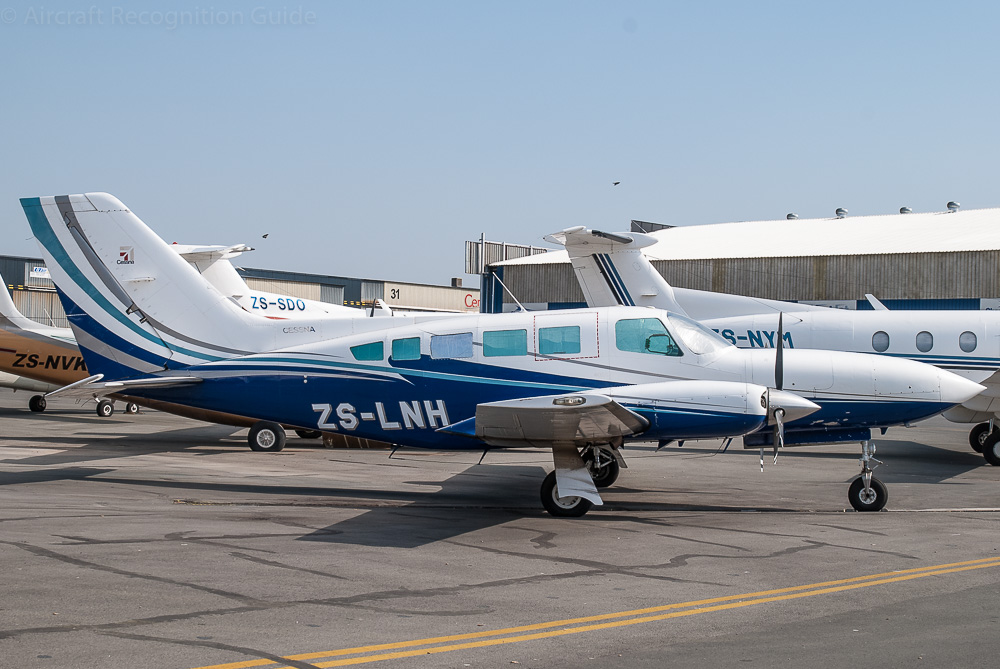 Cessna's 400 series twins with rectan­gular cabin windows, especially the 402C and 404 with no tip tanks, are the main source for a possible mix-up with the Aerostar. But again, the Cessnas have no mid-wing configuration and curved fin, but have smaller cabin windows.

The SA226T Merlin III has rectangular cabin windows and a more or less curved vertical stabiliser like the Aerostar. On the other hand it has low wings, two wheel gears, turboprop engines and a cruciform tail, apart from other differences. 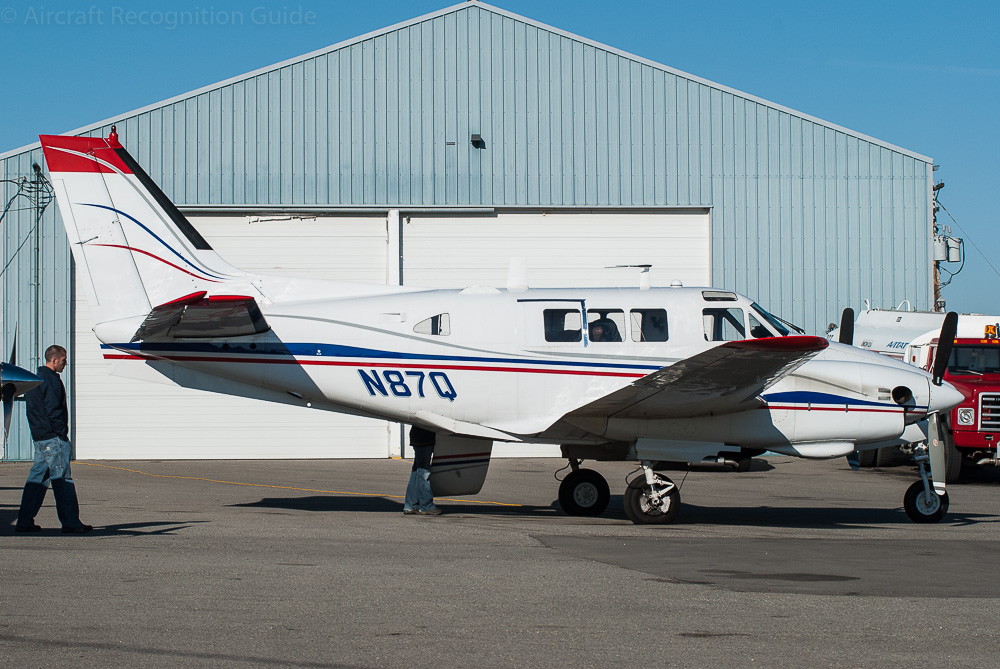 The Beech Queen Air is comparable in size to the Aerostar, but has smaller, square cabin windows and different cockpit windows. Also the main gear retracts forward in the nacelles.