The V-Jet II was especially designed to test the new Williams FJX2 engine. The production version of this engine, EJ2, was to power the Eclipse 500, but ultimately Eclipse Aviation chose the PW600 series of Pratt & Whitney.

Officially Scaled Composites Model 271, the V-Jet II looks quite unorthodox with a butterfly tail, engine intakes on top of the fuselage and engines on top of the rear fuselage. The wings have a slight forward sweep. The wing tips face down a bit. (top photo: Sergey Ryabtsev/WikiMedia) 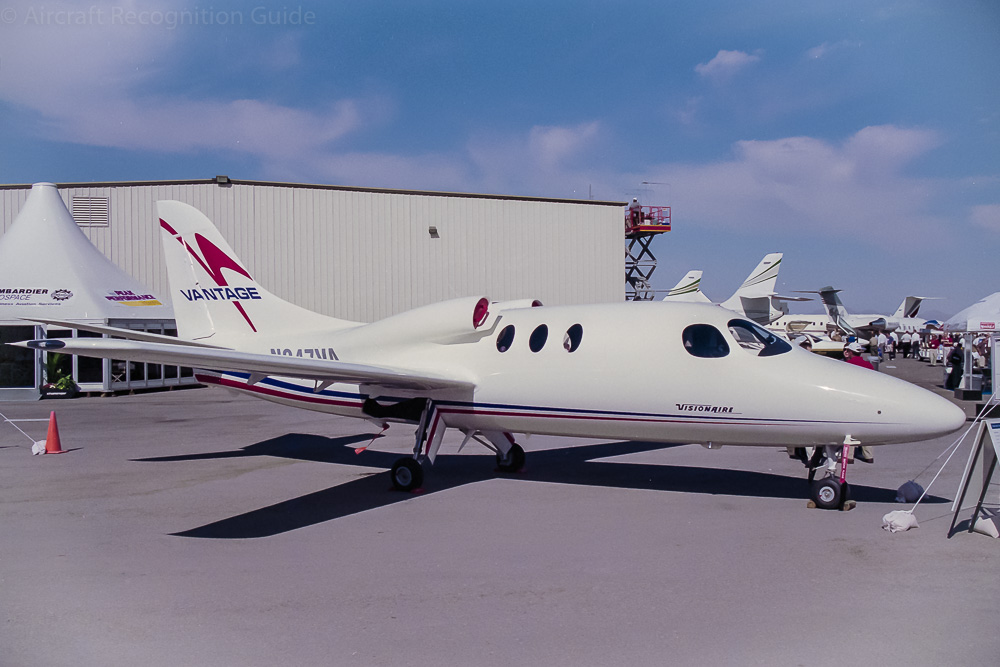 As this aircraft was also designed by Scaled Composites, it has commonalities with the V-Jet II. This includes the air intakes on top of the fuselage and the foreward swept wings. The Vantage has one engine though and a conventional empenage. 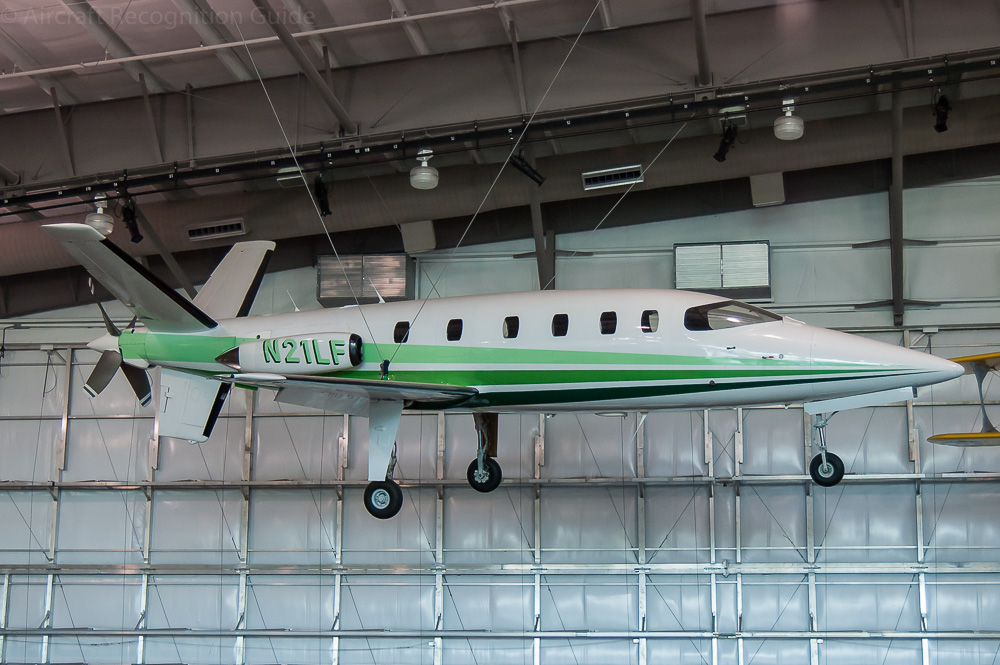 The Learfan 2100 has a Y-tail like the V-Jet II and two small nacelles next to the rear fuselage. It is bigger though, has more and nearly rectangular cabin windows and has a propeller at the rear.