In the crowded market for light bizjets Raytheon Aircraft tried to stand out from the competition with a spacious, stand-up cabin. The result is the Premier I, which has a rather “fat” appearance, especially when compared to the small engines. Other recognition points are

Raytheon developed the basic Premier I into the Premier IA, with an improved cabin and systems. However, externally it is not different from the original mode.

In 2006 Raytheon sold its aircraft division. From then on the aircraft was sold and supported by Hawker-Beechcraft. After the sale to Textron Aviation, the aircraft is known as the Beechcraft Premier I/IA. 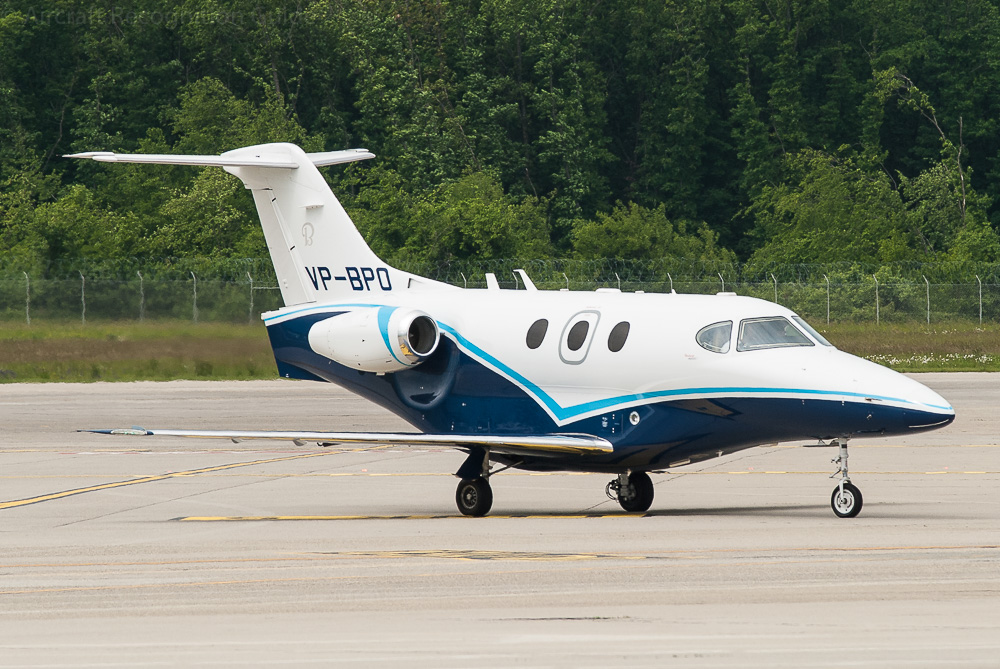 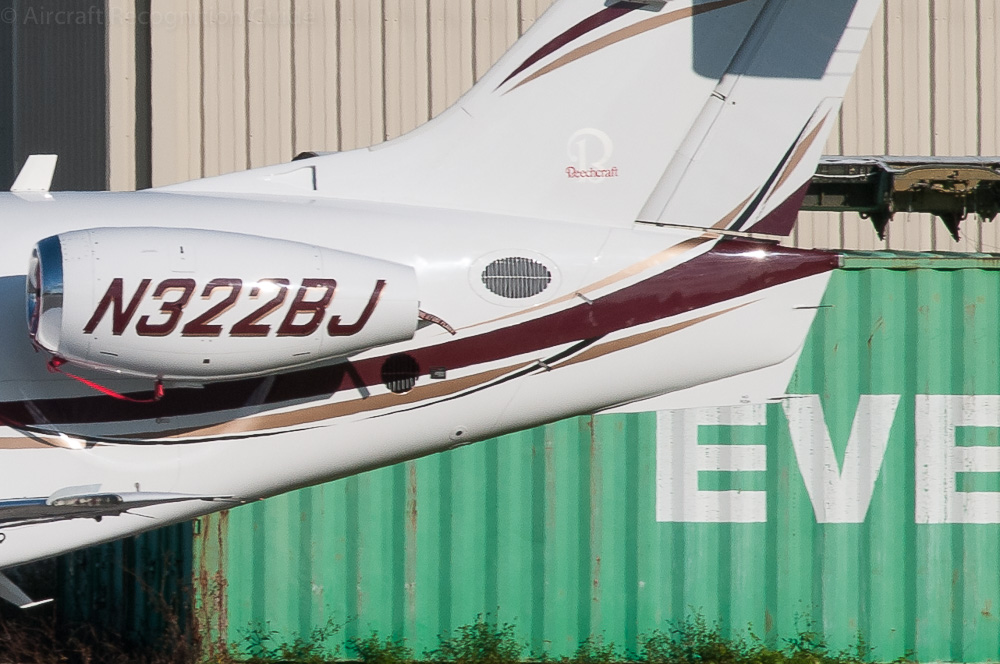 The rather blunt tail cone of the Premier I. 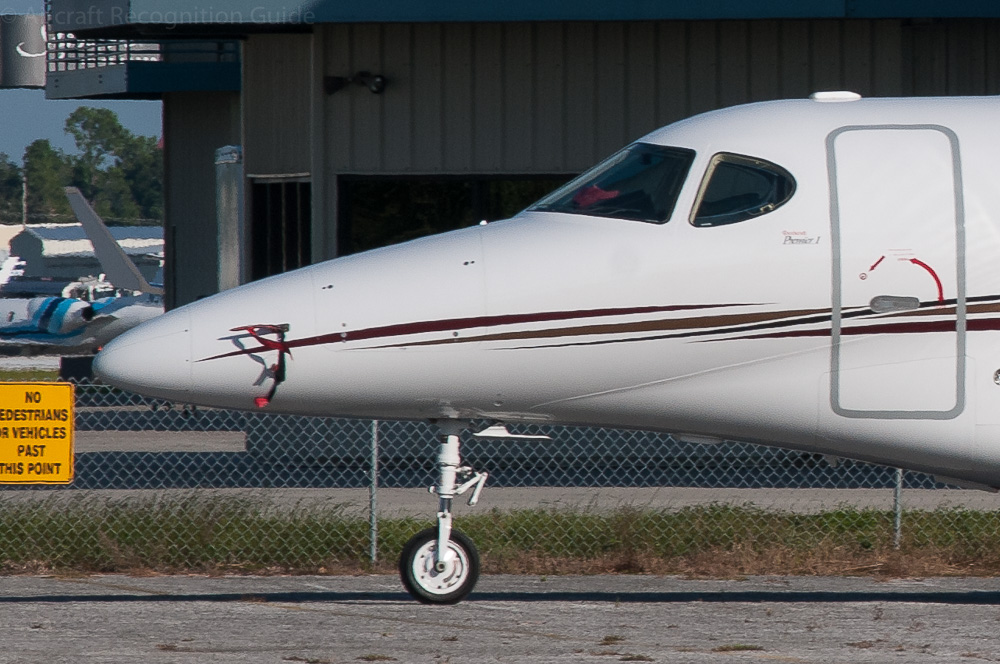 Pointed nose of Premier I. 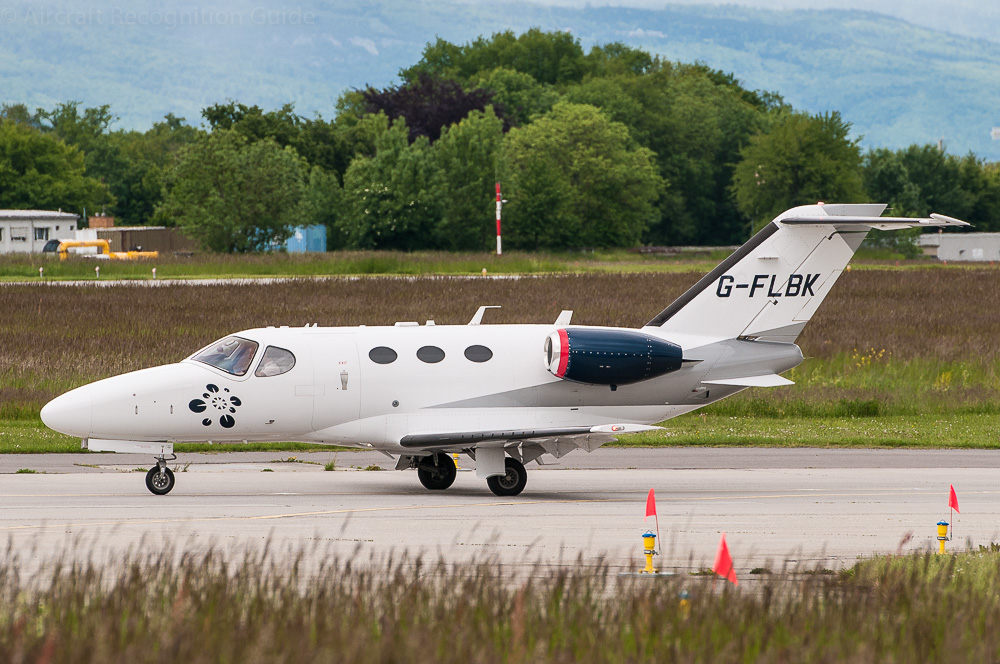 Apart from the general appearance and the cockpit side windows there are many differences between the Citation Mustang and the Premier: the shape of the cabin windows, the blunter nose,  ventral fins and the pointier tail cone, to name a few. 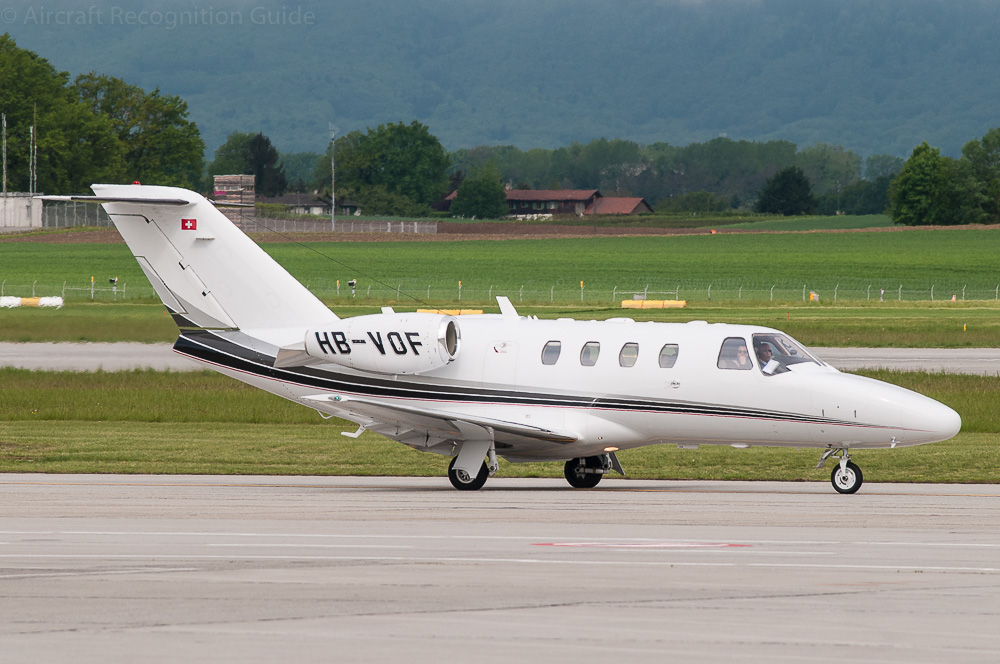 The Citation CJ1+ (and older versions) have even less in common with the Premier I than the Citation Mustang, maybe apart from its cabin windows (although they are bit squared off top and bottom). For the rest there should be enough points to distinguish them easily. 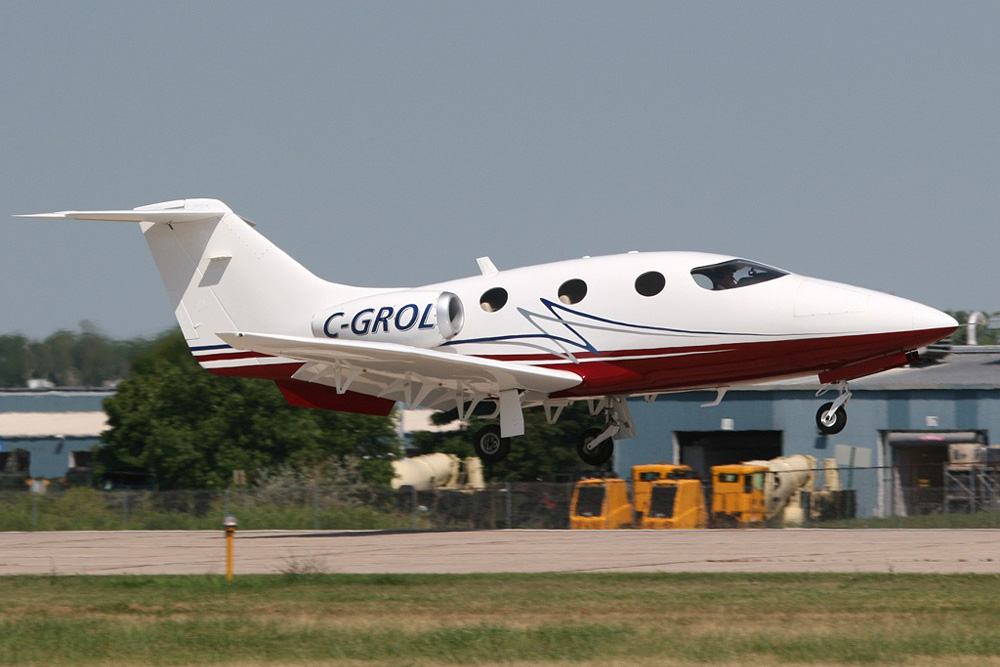 When looking closely to the Epic Elite only the general appearance may put you on the track to mistake an Epic Elite for a Premier I. For the rest they are significantly different.