There is space in between the intakes, in which the two-wheel nose gear retracts backward. The space between the air channels and engines extends to the end of the fuselage. Although short, the wings can be regarded more as swept wings than (cropped) delta wings. 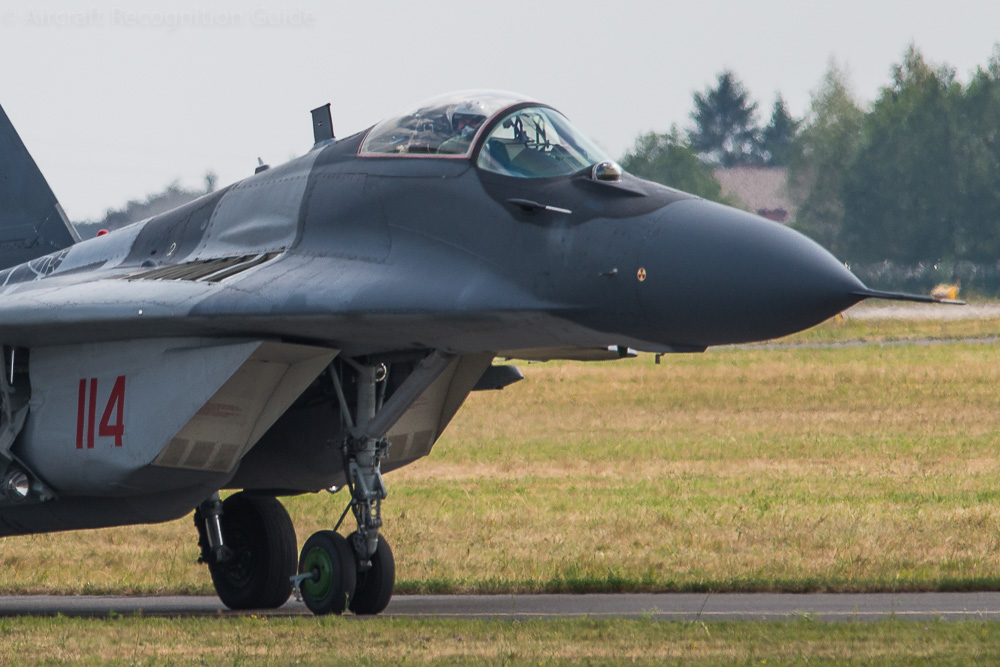 The front view shows the wedge shaped air intakes under the fuselage, with the space in between where the nose gear retracts. 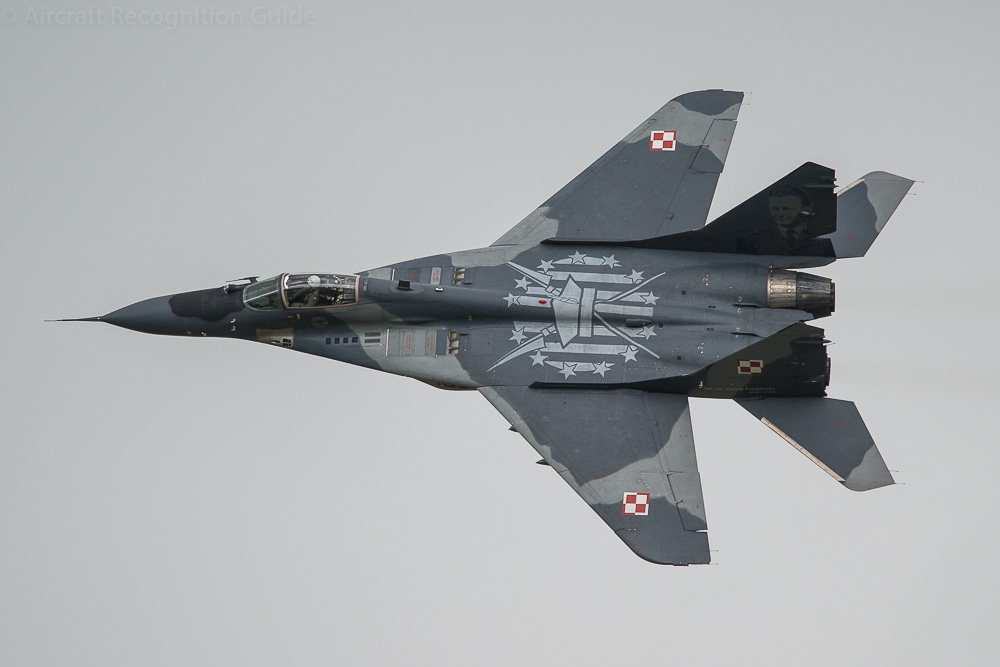 Top view of the Fulcrum showing the swept wings and leading edge extensions. The majority of the forward fuselage takes up about half of the total length. 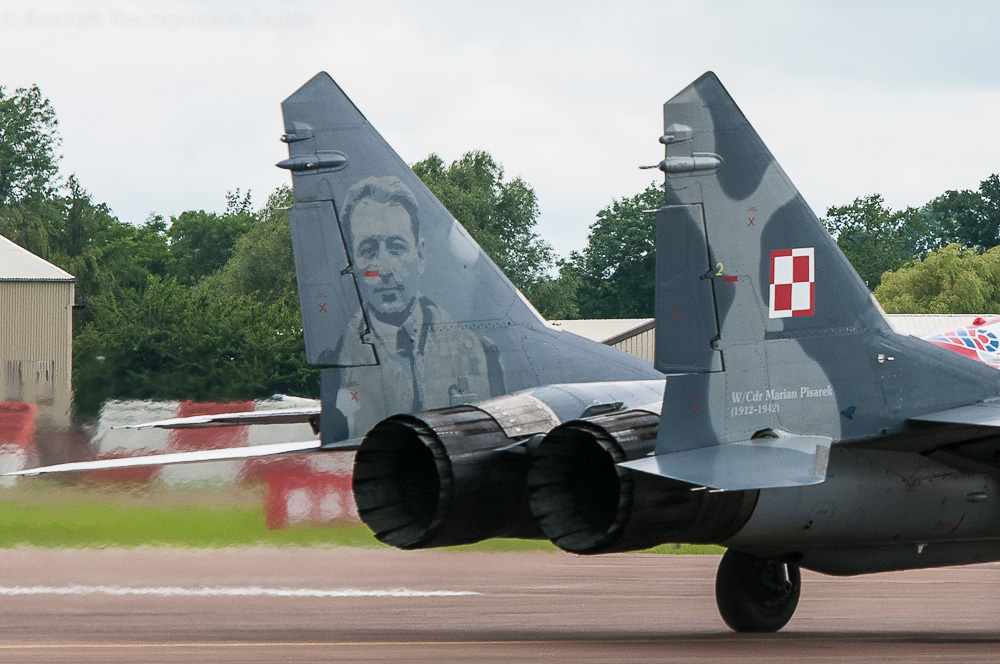 The twin tails of the MiG-29 have a triangular, pointed top. There is no cone extending from the rear fuselage in between the exhaust.

How to recognise the different versions of the MiG-29 will be added later. 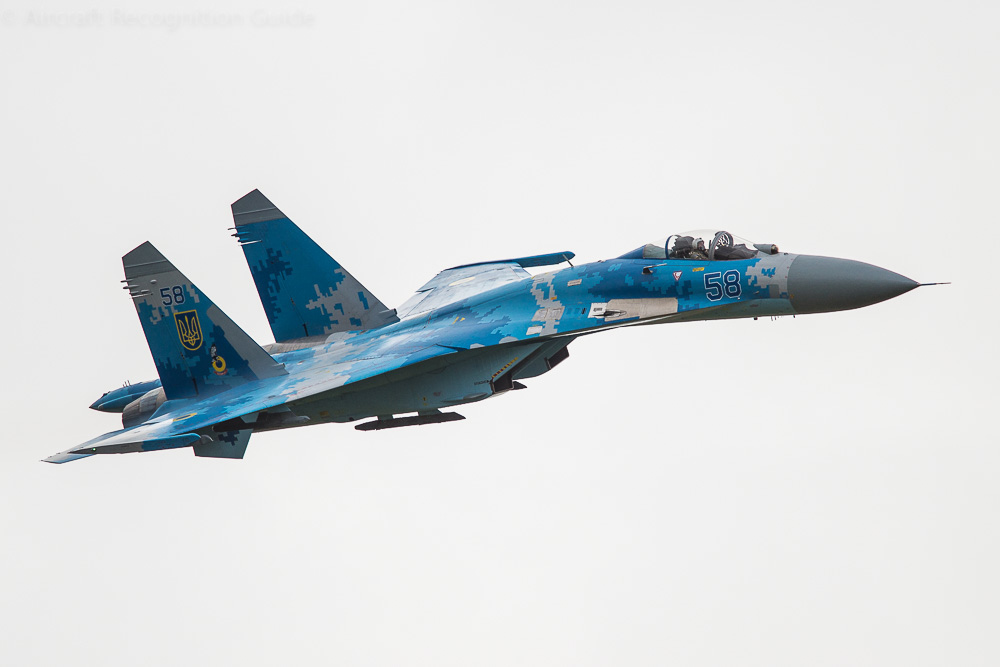 The other major Soviet fighter from the 1970s/1980s is also the one that resem­bles the Fulcrum the most. Differences include the nose gear of the Flanker retrac­ting forward and the longer nose. The forward fuselage droops a little, while that of the MiG-29 is straight. Finally, the Su‑27 has a characteristic stinger tail, extending from the rear fuselage in between the engines. 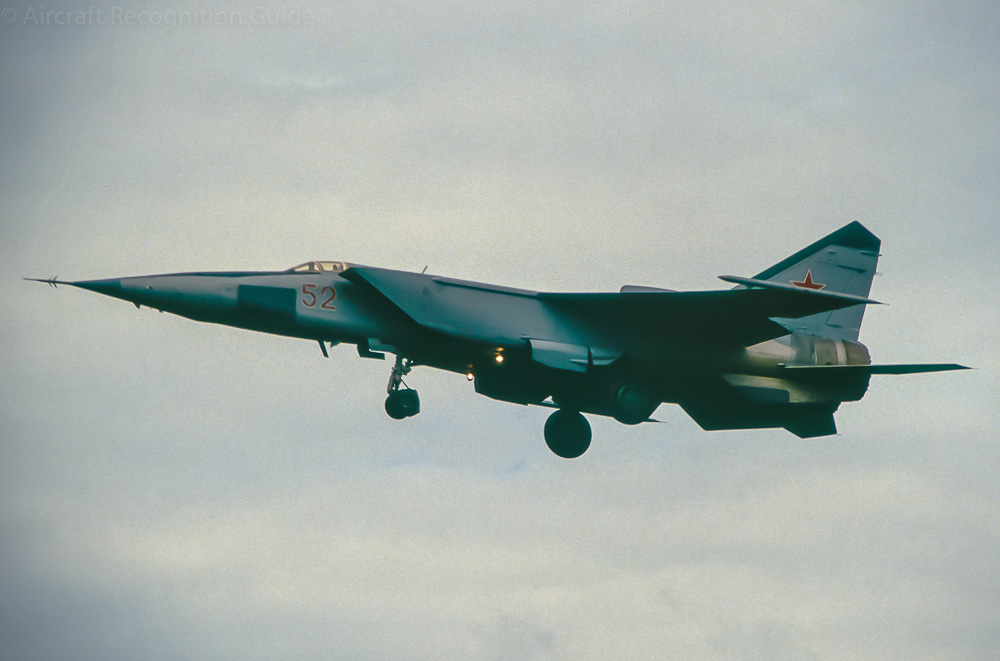 The vertical stabilisers of the MiG-25 and MiG-31 are similarly shaped as the MiG‑29. Also these aircraft have wedge shaped air intakes, but at the side of the fuselage. Finally, they have no bubble canopy. 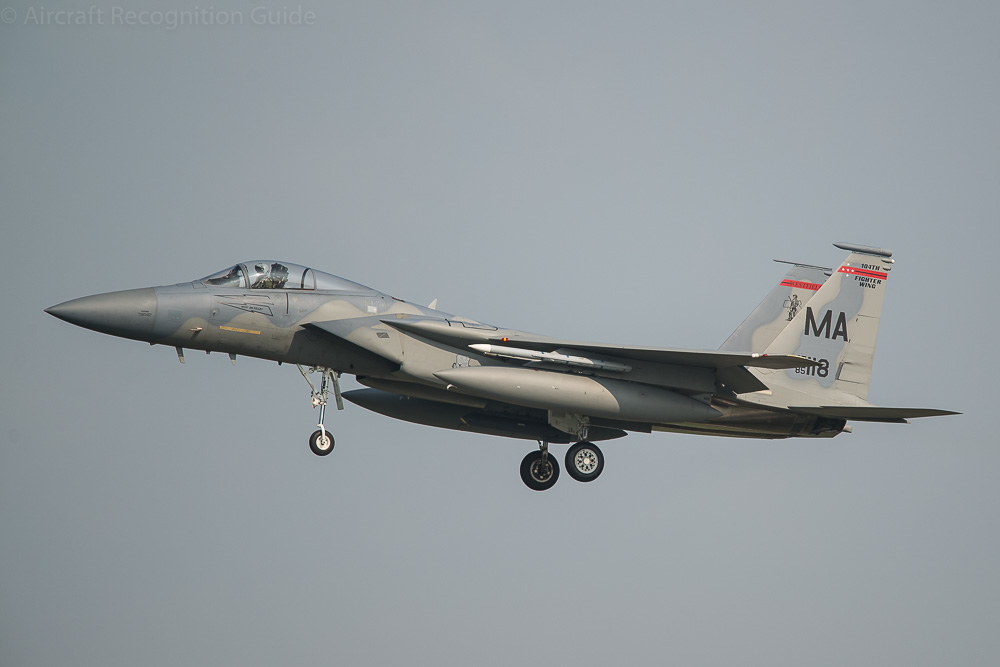 The F-15 has the same basic characteristics as the MiG‑29, with one big difference: the wedge shaped air intakes are at the side of the fuselage instead of under­neath. Also the engines are next to each other. 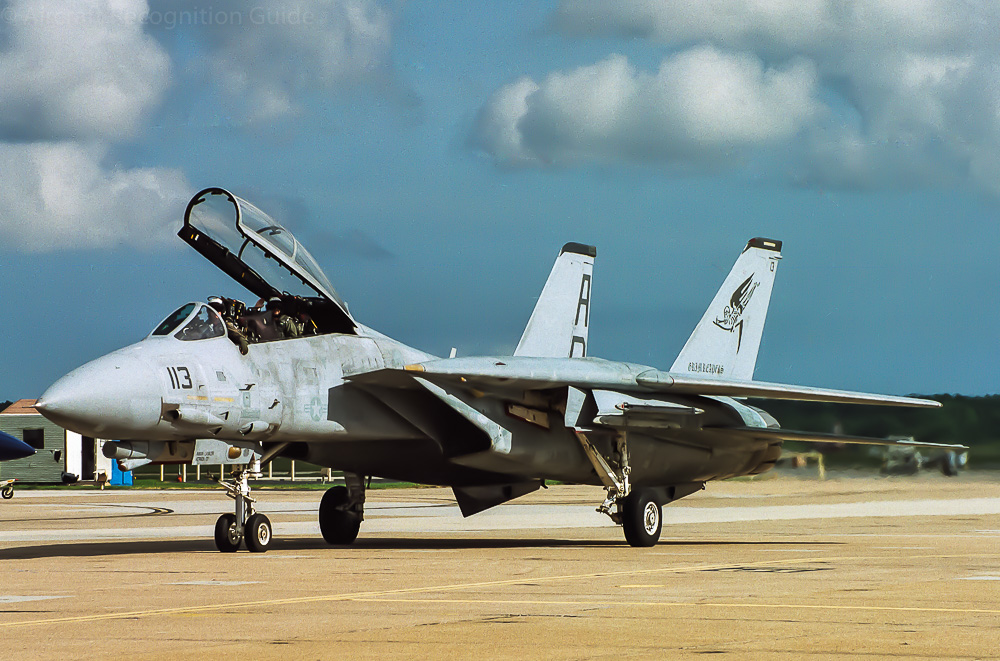 The similarities between the MiG-29 and F-14 are limited to a double tail and much space between the engines. The F-14 however has air intakes at the side of the fuselage, variable sweep wings and a two seat cockpit as standard.