Japan designed its own maritime patrol aircraft as a successor to the Lockheed P-3 Orion. The result is one of the few purpose-built patrol aircraft, as most such aircraft are developed from an existing transport aircraft. The Kawasaki P-1 is not. Of course there are more aircraft with low wings, four engines under the wings and a conventional tail, but not of this size (about a Boeing 737).
The fuselage of the P-1 has a double-bubble cross section. Being a military aircraft it has only a few cabin windows. The cockpit windows are the same as on the Kawasaki C-2. The main gear has four wheels on each leg. The tail cone is extended with a MAD boom.

The prototype of was designated XP-1 and was later converted to UP-1. All other aircraft are known as P-1. We know no differences between the versions. 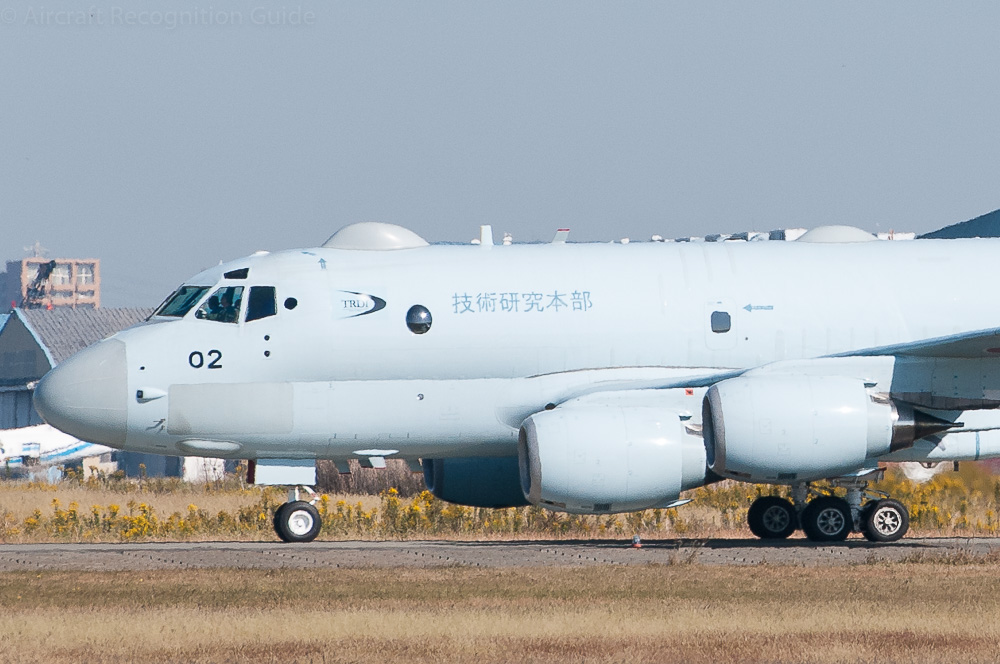 Detail of the front part of the Kawasaki P-1, with cockpit windows (same as on C-2), four wheel main gear and high bypass engines. 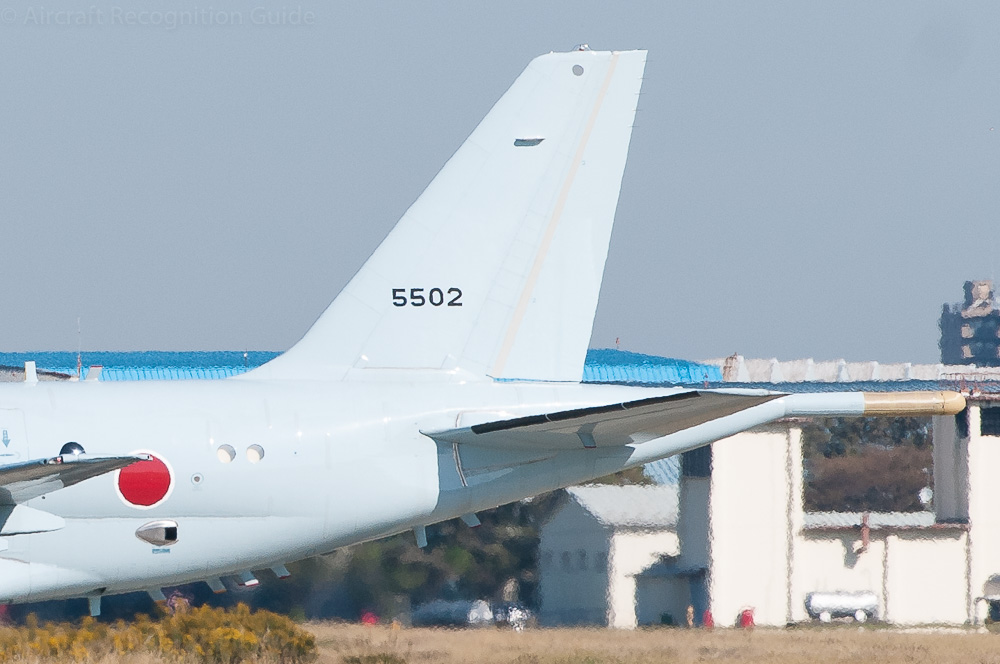 Like many maritime patrol aircraft the P-1 has a magnetic anomaly detector (MAD) boom extending from the tail cone. 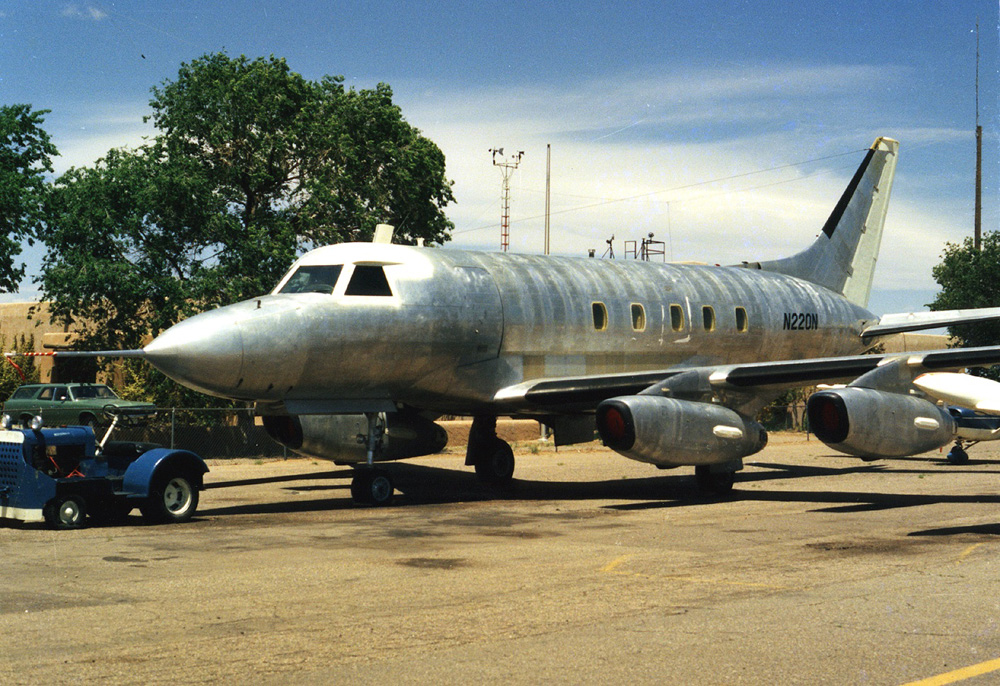 The MD220 and P-1 are the only relatively small four jet aircraft, so that may be a source of confusion (although the P-1 is still much bigger). Additionally, there are so many differences in cockpit and cabin windows, nacelle shapes and tail cone that a mix-up is quite difficult. (photo WikiMedia) 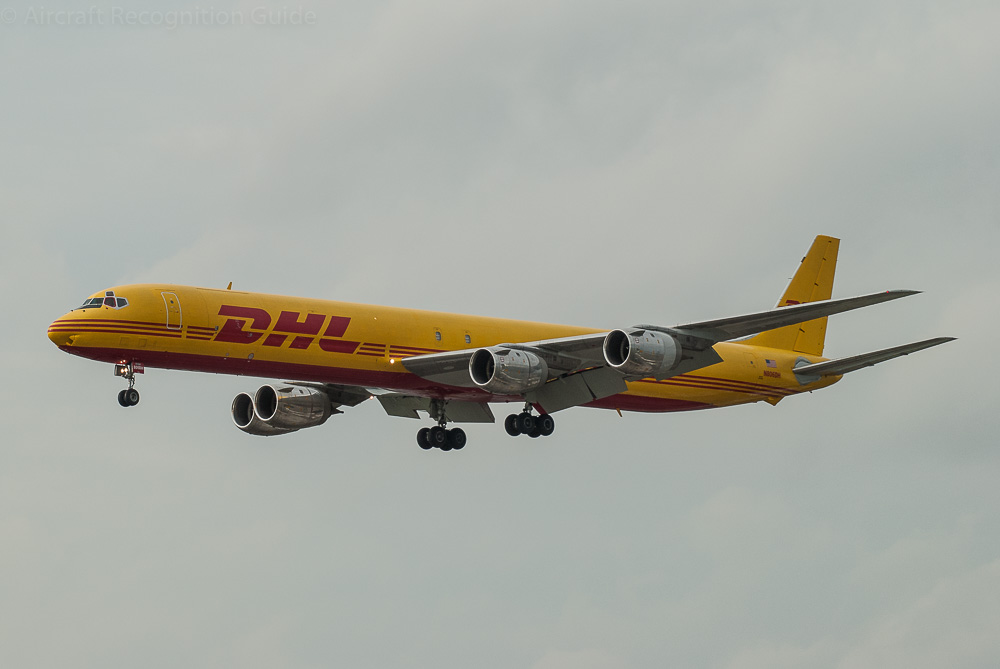 On the other side of the spectrum the Douglas DC-8, especially Series 72, has similar nacelles and cockpit windows as the P-1. However, the DC-8 is significantly bigger. Also the tail cone of both aircraft is quite different.