As a replacement for the Lockheed C-141 Starlifter McDonnell-Douglas developed the C-17. The aircraft was dubbed Globemaster III, continuing the tradition of two earlier military transport aircraft made by Douglas. The YC-15 formed the basis for the design, which has some elements that make it easy recognisable. The fuselage is wide, and has a blunt nose on one end and a pointed tail cone on the other. In the nose are cockpit windows that look borrowed from the DC-10/MD-11, but with additional windows above the crew (eyebrow windows) and and the feet of the crew. The vertical stabiliser is also peculiar, as this seems wider at the top than at the base. But maybe this is an optical illusion. The main landing gear has four legs, each with three wheels, but these are not lined up when there is no weight on them. Finally the C-17 has winglets.

These is generally only one version, designated C-17A by the US Air Force and other air forces. The same aircraft is known as CC-177 in Canadian service. 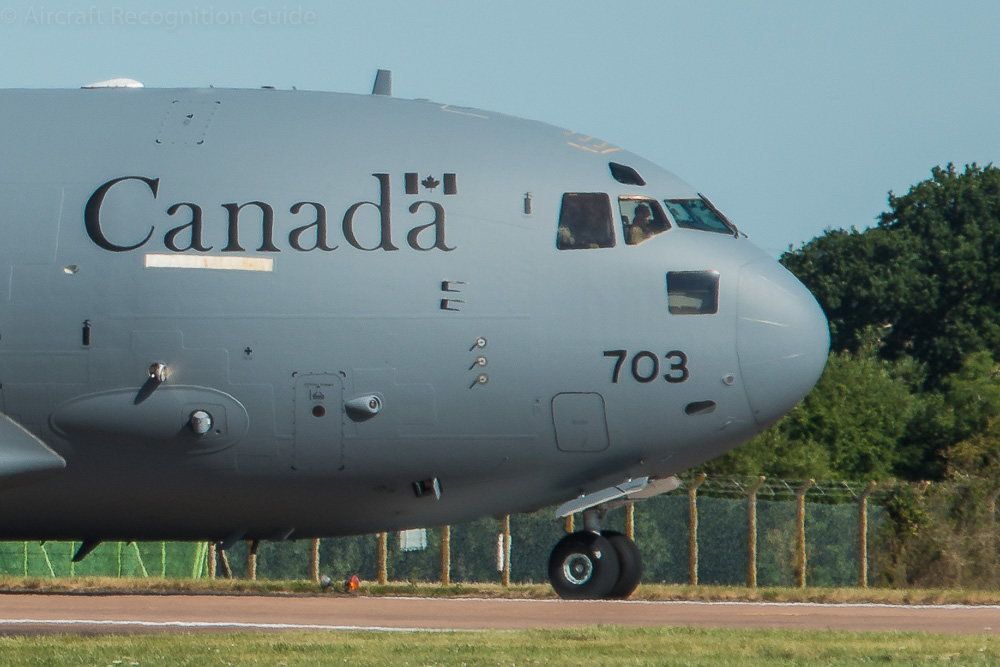 The blunt nose has basic cockpit windows that seem to come from the MD-11, with additional eyebrow and feet windows. 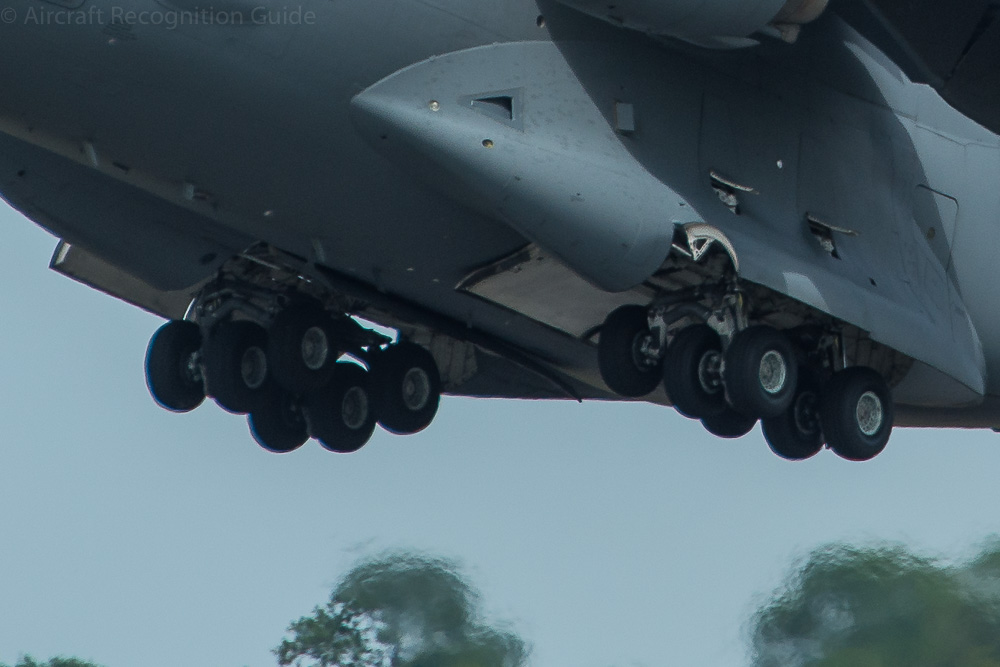 The main landing features three wheels on each of the four legs, but not on a single axis. 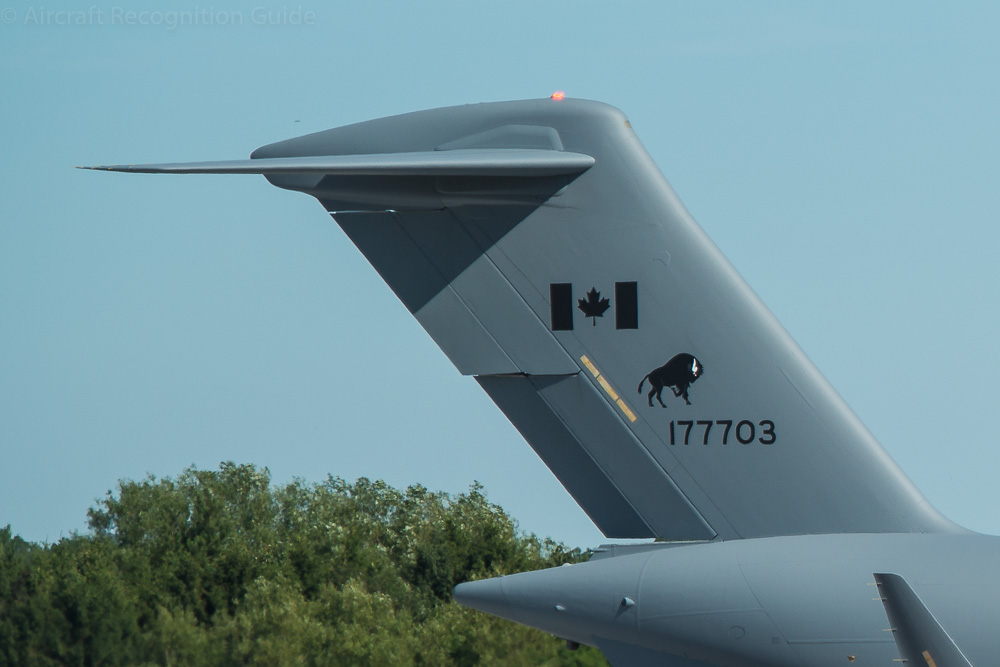 The vertical stabiliser of the C-17 is very typical: it seems to be wider at the top than at the base. 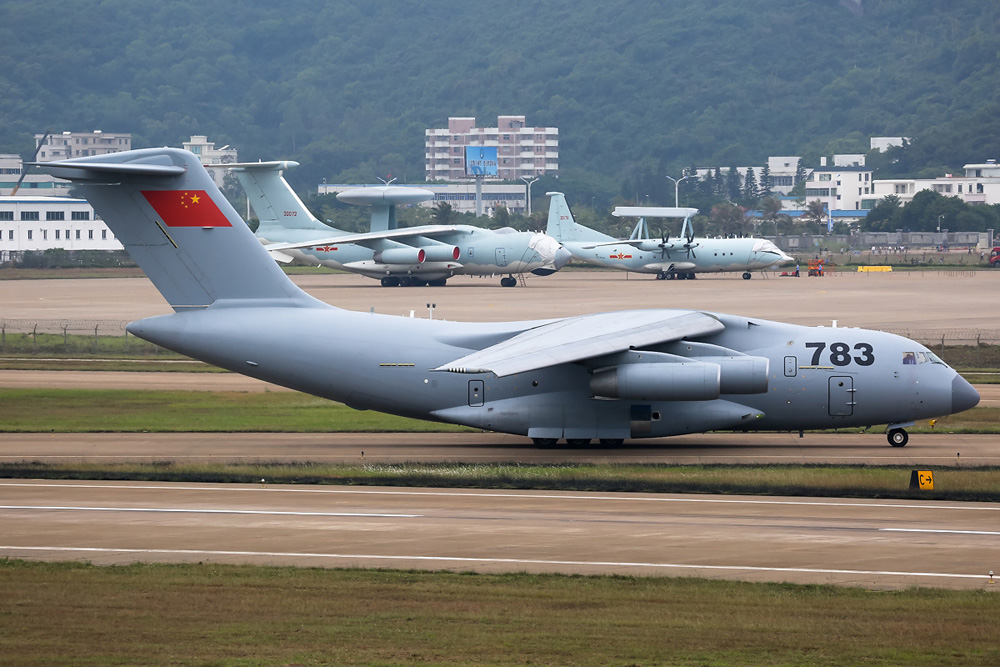 The Xian Y-20 looks a being composed from several other types, with the wings and engines coming from the Il-76, and the tail and landing gear from the C-17. The Y-20 has a different nose though and no winglets. (photo: wc/WikiMedia) 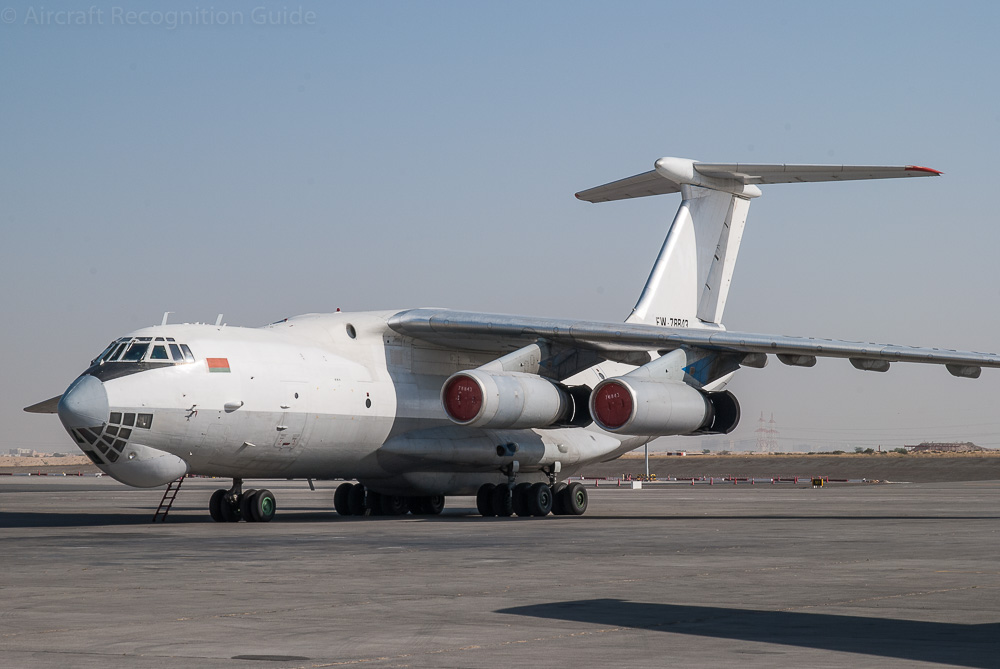 The differences between the Il-76 and C-17 are quite obvious: the Il-76 has a glass nose (at least the underside), four wheels on the nose gear, no winglets, separate fan exhaust for the engines and a large bullet fairing on top of the vertical stabiliser. 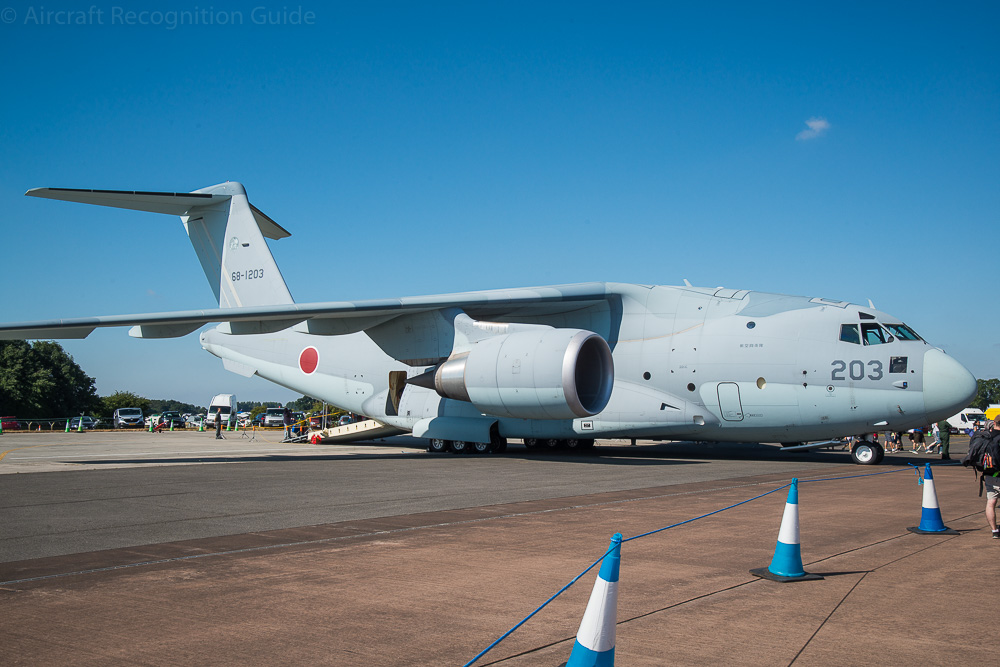 Although there is one big difference - the C-2 has only two engines - the similarities between the C-17 and C-2 are clear, especially when looking at the nose and tail. The C-2 has no winglets though and is smaller. 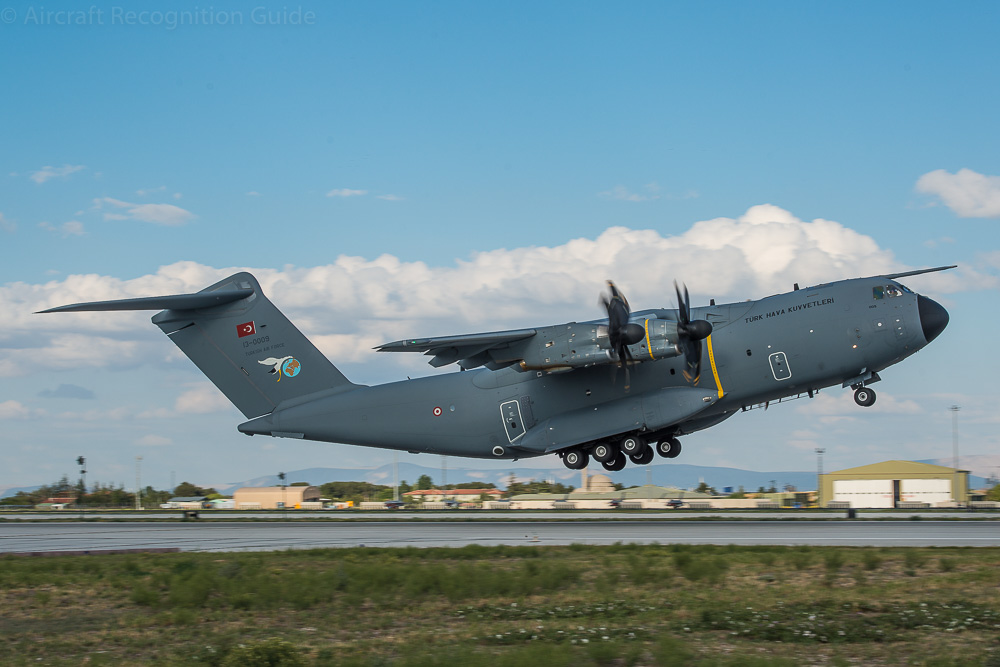