Based on the Westwind, hence the old name Westwind Astra, Israel Aircraft Industries (IAI) developed the model 1125 Astra, with the wings under the fuselage instead of straight through it. Possibly as a result of that there is a long part of the fuselage without cabin windows, like on the Westwind. For the rest the Westwind and Astra are quite similar in appearance. 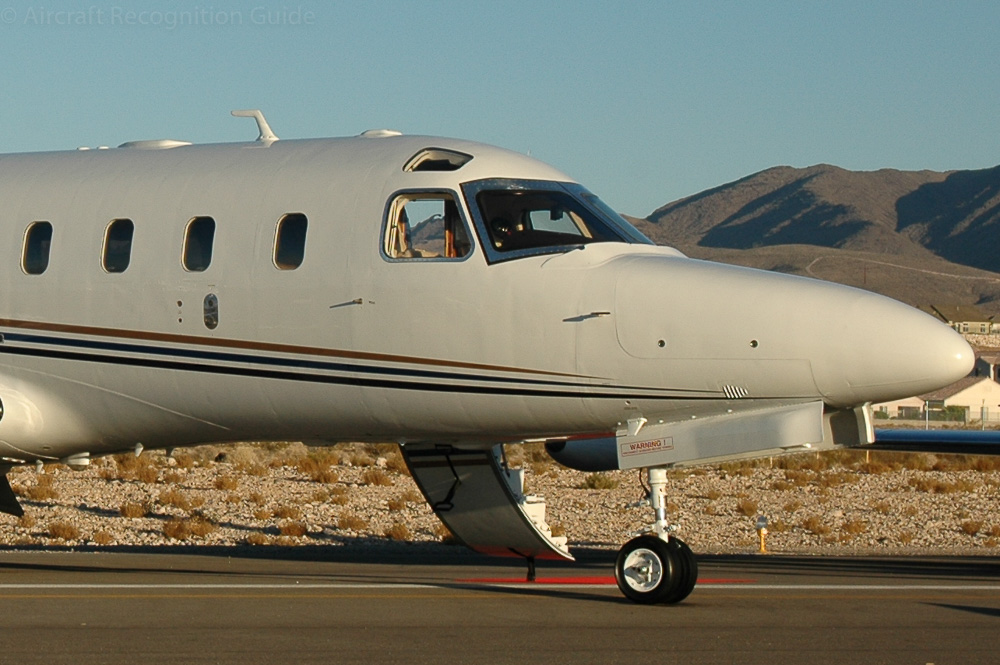 Nose of the Astra, which is clearly based on that of the Westwind, but with a longer, pointier nose. 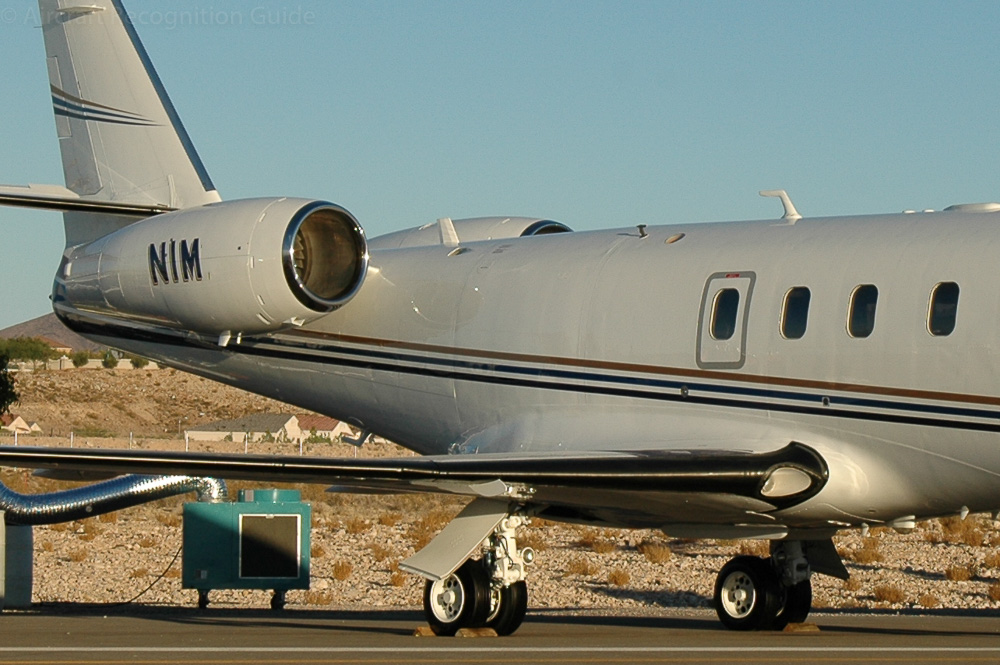 A remarkable feature of the Astra is long part of the fuselage without cabin windows.

The original version is the IAI1125 Astra. The Astra SP is a slightly improved version, but without external changes. 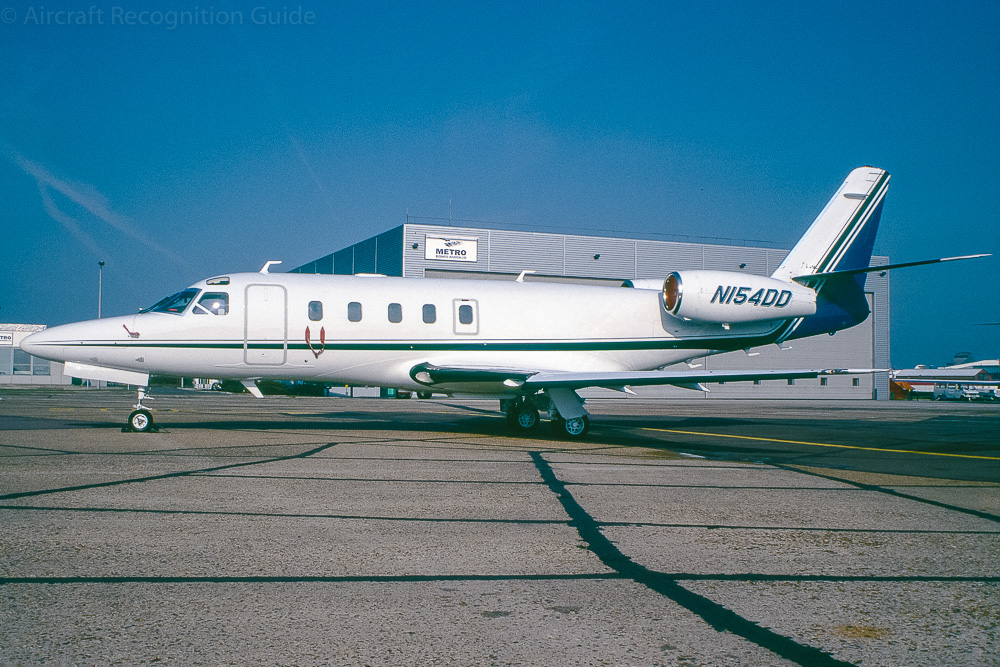 Apart from new engines the Astra SPX also received small winglets, so you can identify the subtype from the Astra/Astra SP. Since the acquisition by Gulfstream the type was/is marketed as the G100. 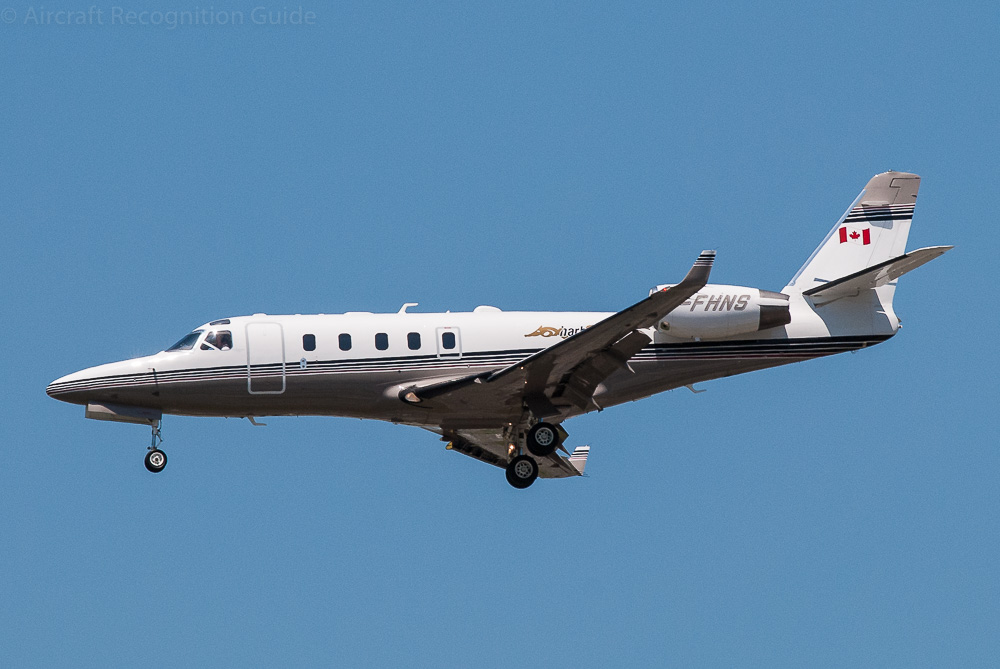 Gulfstream significantly redesign the Astra SPX to create the G150. This is a G100 with a 12-inch wider fuselage, round cabin windows and different cockpit windows, more like the G200. 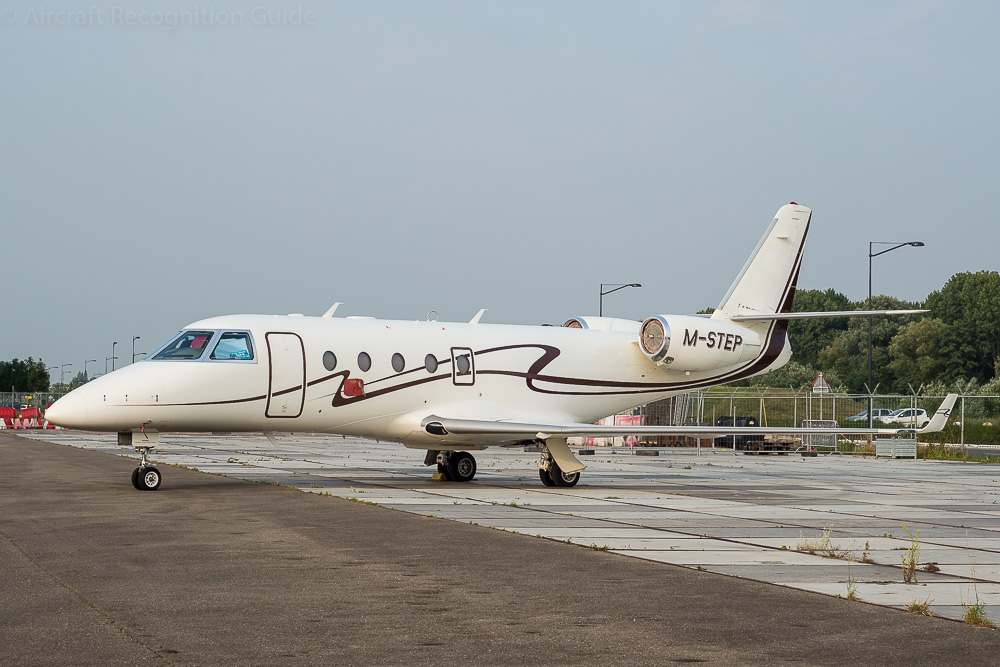 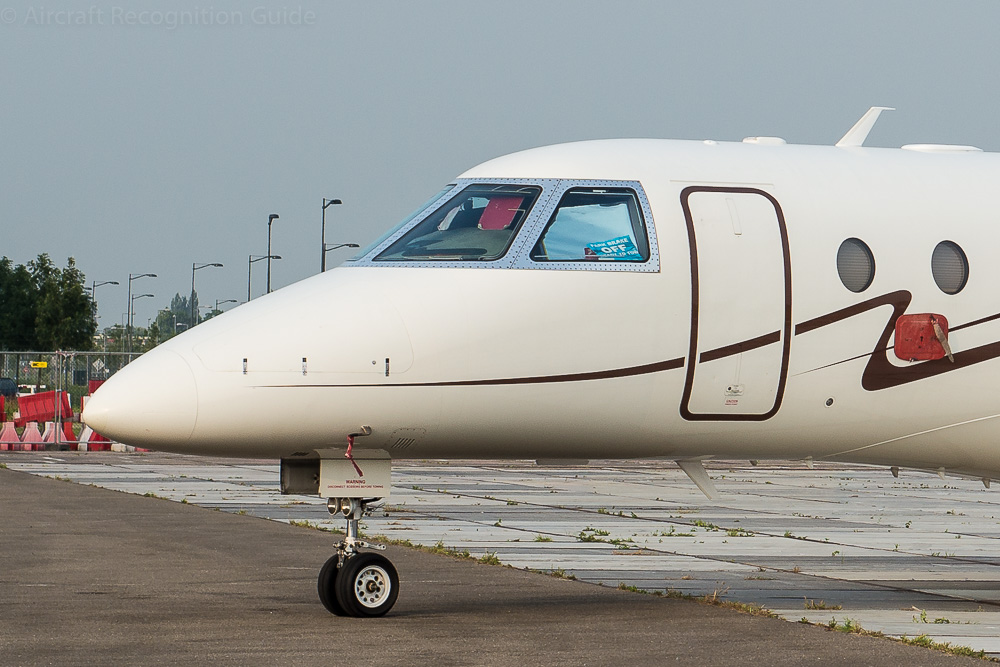 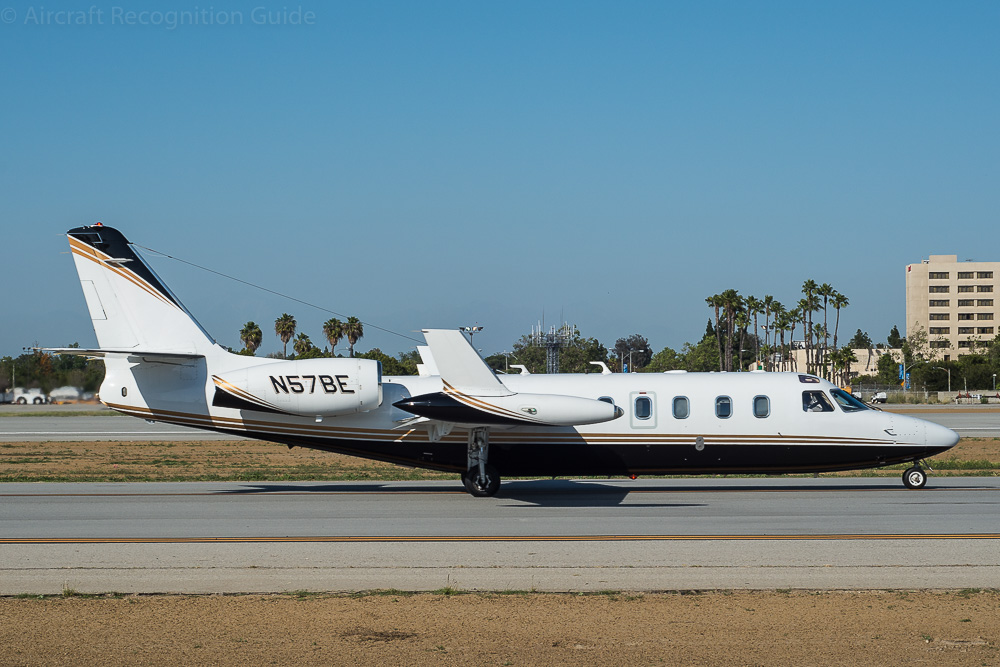 Because the Astra is derived from the Westwind, you might mistake one for the other. Especially the tail and cockpit windows are very similar. However, the mid-wing configuration of the Westwind makes it clearly different from the low wing Astra.

Given the triangular cabin windows on most Sabreliner versions and its low mounted horizontal stabiliser confusion is not likely. You might mistake a large cabin Sabre 75A or 80A for an Astra though, especially as the nose is comparable. But there are probably enough characteristics to keep them apart easily. 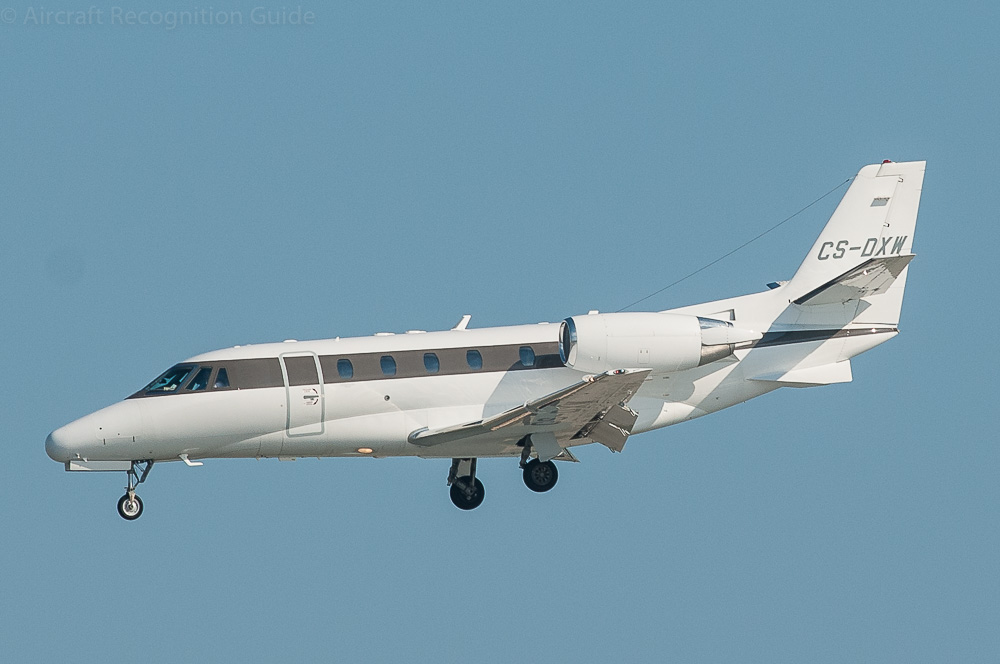 Another recognition error is possible with the cruciform tail Cessna Citations, in particular Citation V or Citation Excel series. While the general appearance may be the same, the Citations have straight wings, while the Astra has swept wings.