If there is one iconic jet airliner, it is the Boeing 747 with its partial upper deck. The "hump" comes in different lengths, but not along the whole fuselage, and this is what makes it different from the similar sized Airbus A380. Whilte that is normally enough to recognise a Boeing 747, also typical for the type is its main landing gear: four legs with four wheels, with the outer two bogeys significantly tilted backward when the aircraft is in the air. Other typical features are the double landing lights in the wing roots and the APU exhaust in the middle of the roudned tail cone. 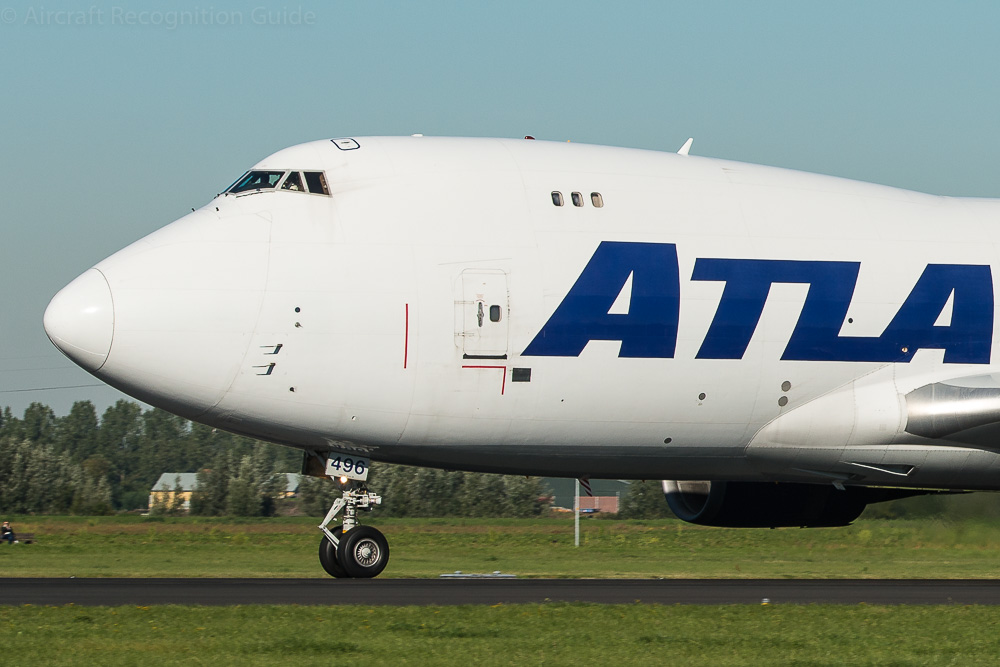 The characteristic nose of the Boeing 747. Shown is the short upper deck version of the -100 and -200, and all dedicated freighter versions. 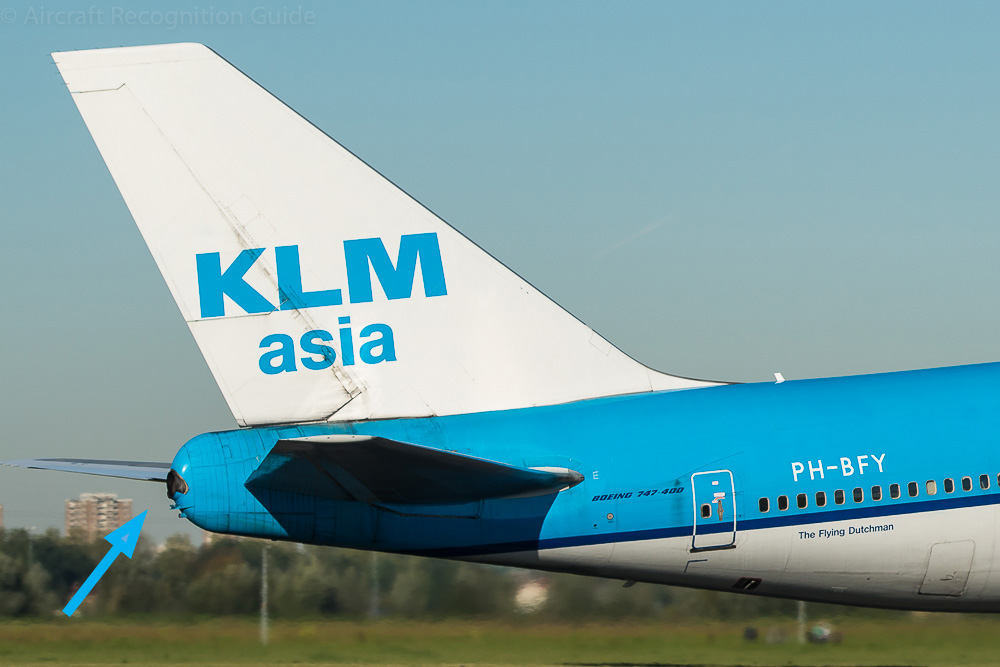 Tail section of the Boeing 747, with the APU exhaust in the middle of the tail cone. 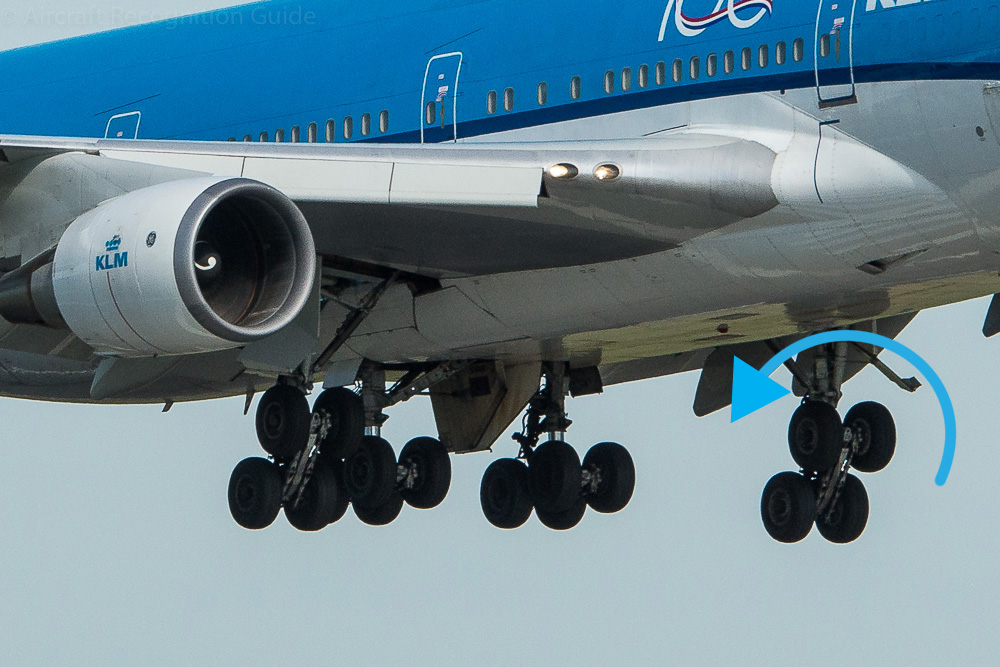 Four legged main landing of the Boeing 747. Note the outer two bogeys that are tilted backward significantly, and the double landing lights in the wing root.

How to recognise the different versions of the Boeing 747 will be added later. 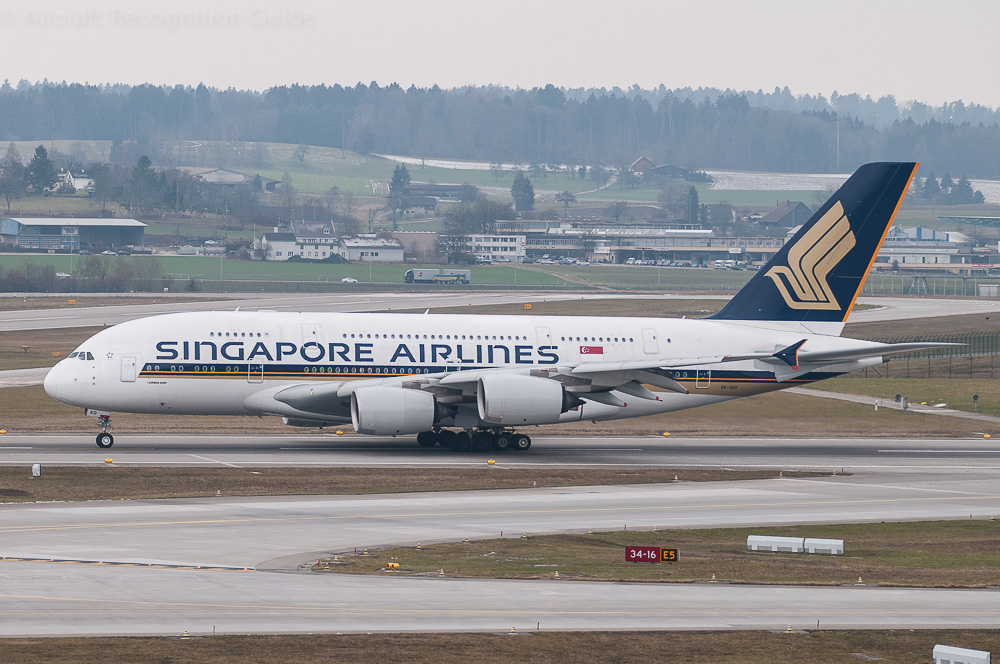 There is just one other jet airliner with a double deck and that is the Airbus A380. The latter has two decks along the whole length of the fuselage, the Boeing 747 only partially.