When McDonnell-Douglas was taken over by Boeing it was working on a successor of the MD-87 as a true replacement of the DC-9-30. This aircraft, designated MD-95, was to be lighter and thus cheaper to operate than the MD-87 which is simply a shrunken MD-80. Instead of canceling the project Boeing continued the development as the Boeing 717.

The aircraft is best recognised by the shape of the engine nacelles, because it has larger diameter BR700 series engines instead of one of the JT8D family. It also has the flat tail cone of the MD-80 series and an MD-87 like tail. 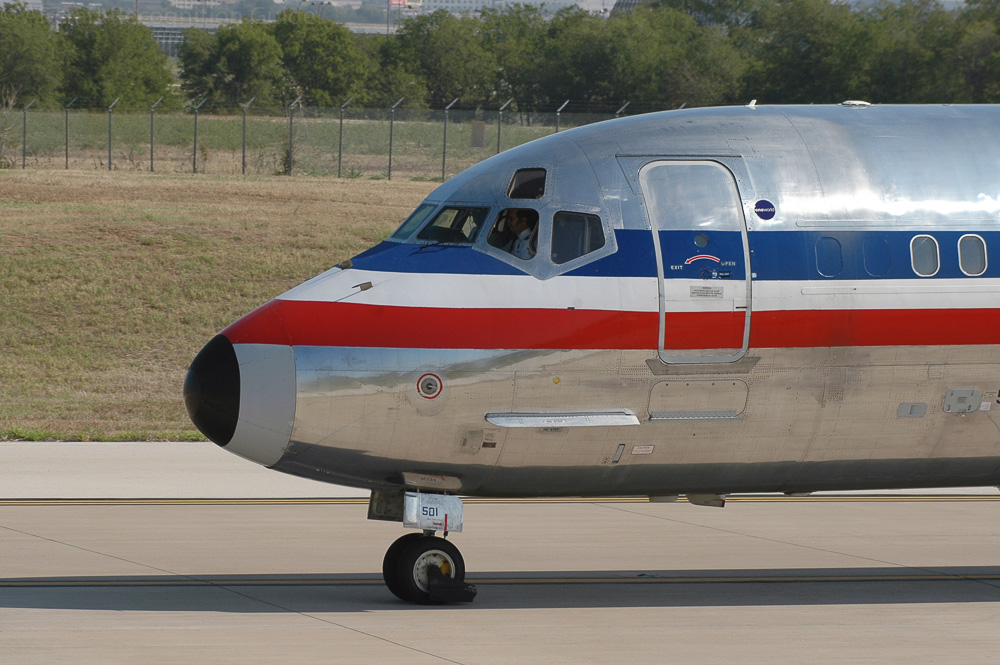 The forward fuselage of the Boeing 717 is the same as on the DC-9. They retain the eyebrow windows although this is sometimes painted over. 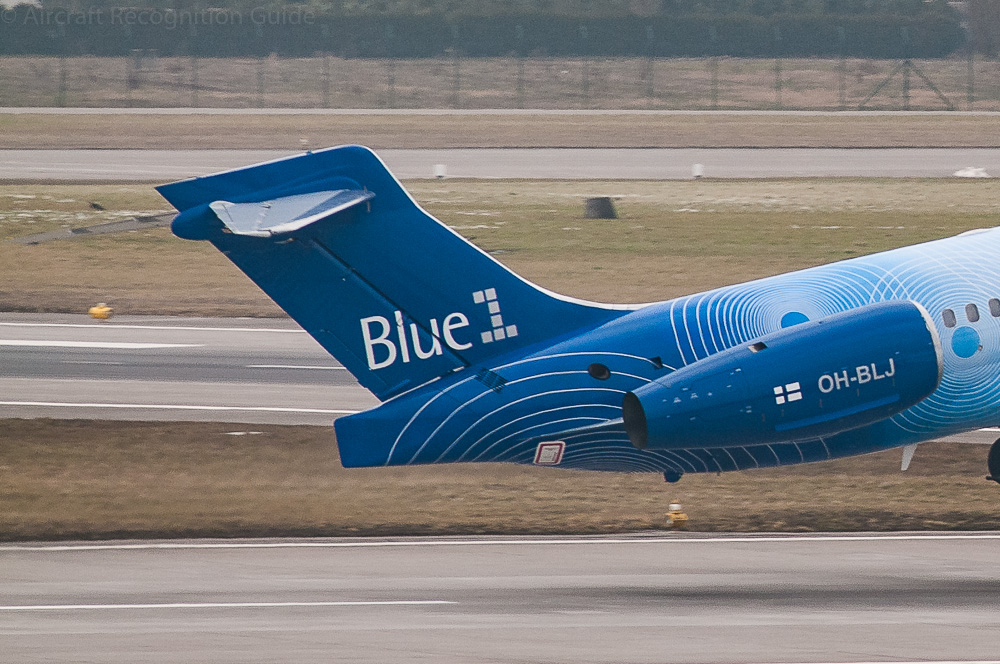 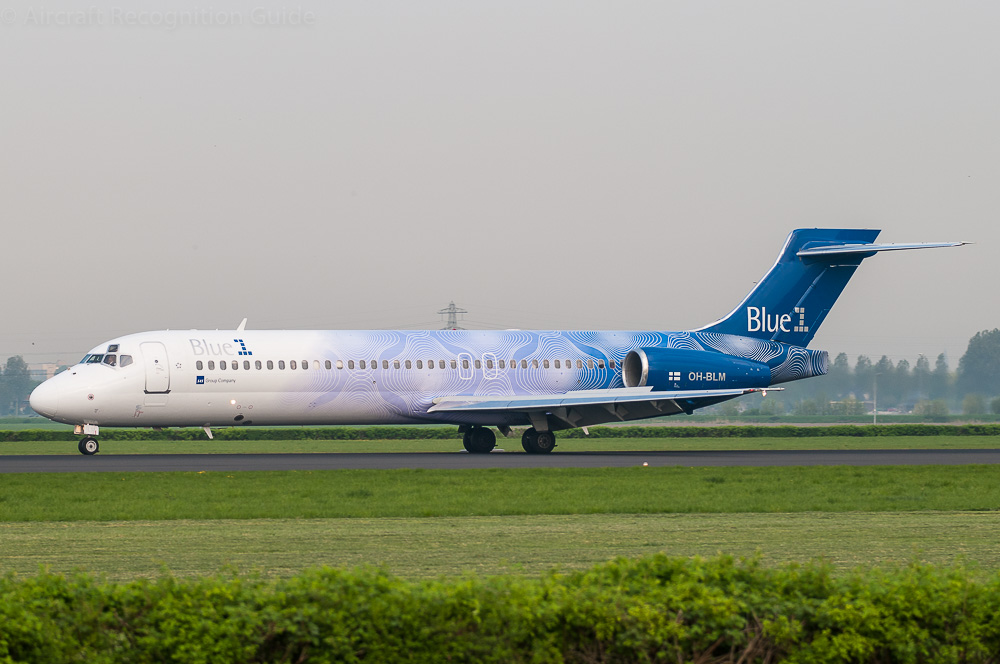 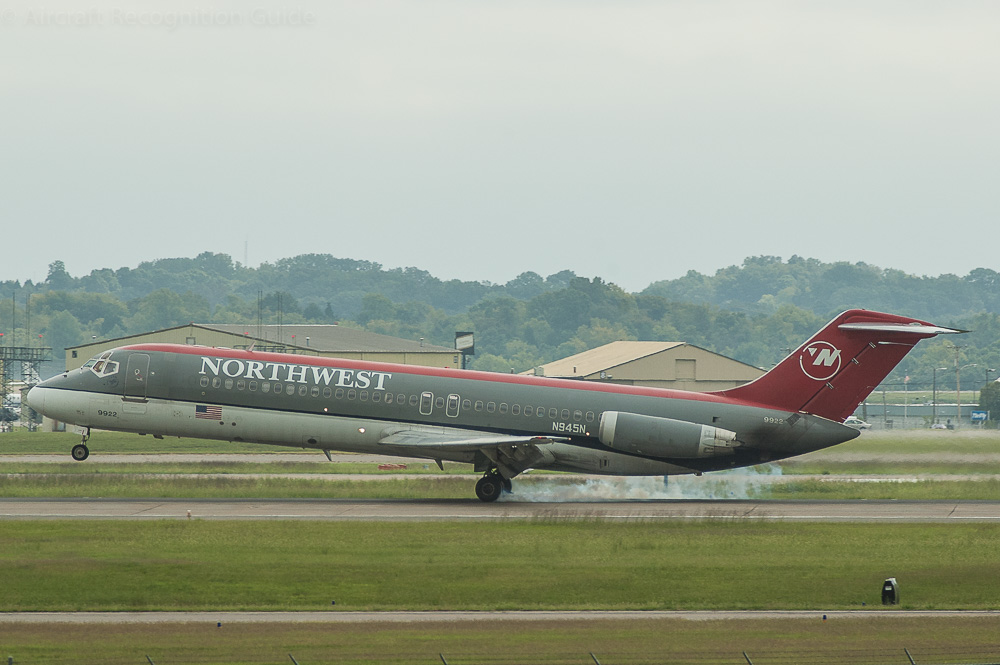 As the Boeing 717 was a development of the MD-80/MD-90 family it is obvious that you can confuse it with a DC-9, MD-87, MD-90 or maybe another from the family. The DC-9 and MD-87 are about the same length as the 717 but have more slender engine nacelles. Moreover the DC-9 has a different, more pointy tail cone. The MD-90 has large diameter engines but is much longer than the 717. 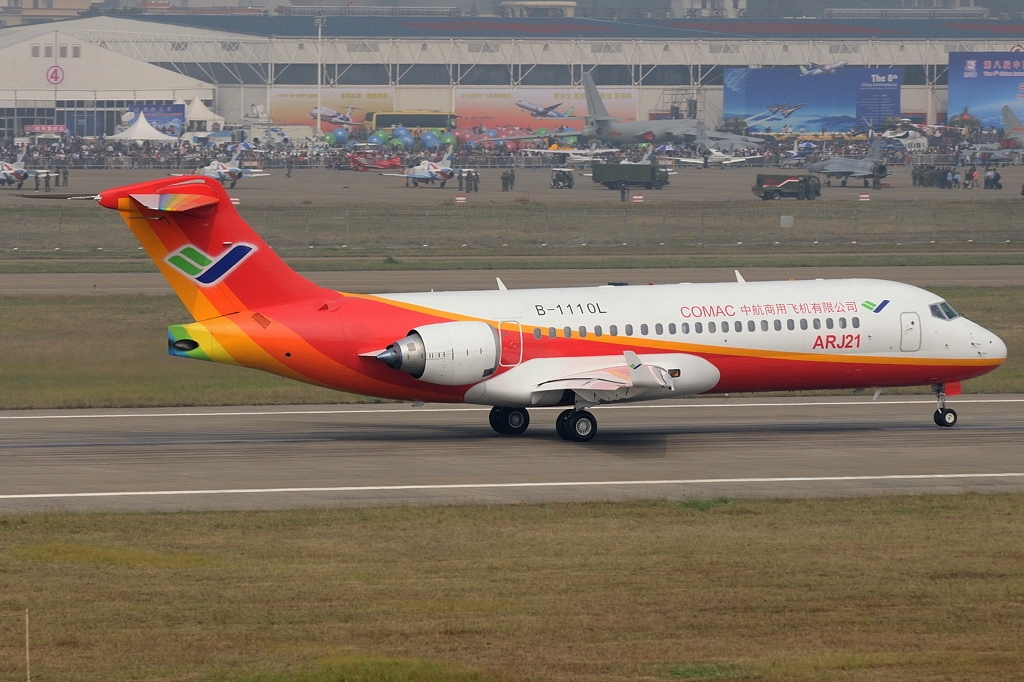 This Chinese regional jet also looks like a small DC-9 or MD-87, and thus also a Boeing 727, because the MD-80 and MD-90 were built in license in China. Likely a lot of manufacturing tooling was reused. Most obvious differences are the disappearance of the eyebrow windows and the high bypass engines on the ARJ21, with separate fan exhausts.