The Airbus A340 family was developed simultaneously with the twin-engined A330. Therefore except for the number of engines, they are very similar in appearance. Of course the four engines make it easy to distinguish the A340 from the A330. However, the A340 also looks like the Ilyushin Il-86 and Il-96. The Il-96 (and Il-86) has different cockpit windows (nearly triangular last window) and taller winglets, apart from smaller differences. The Il-86 also as different engine nacelles and lacks winglets. 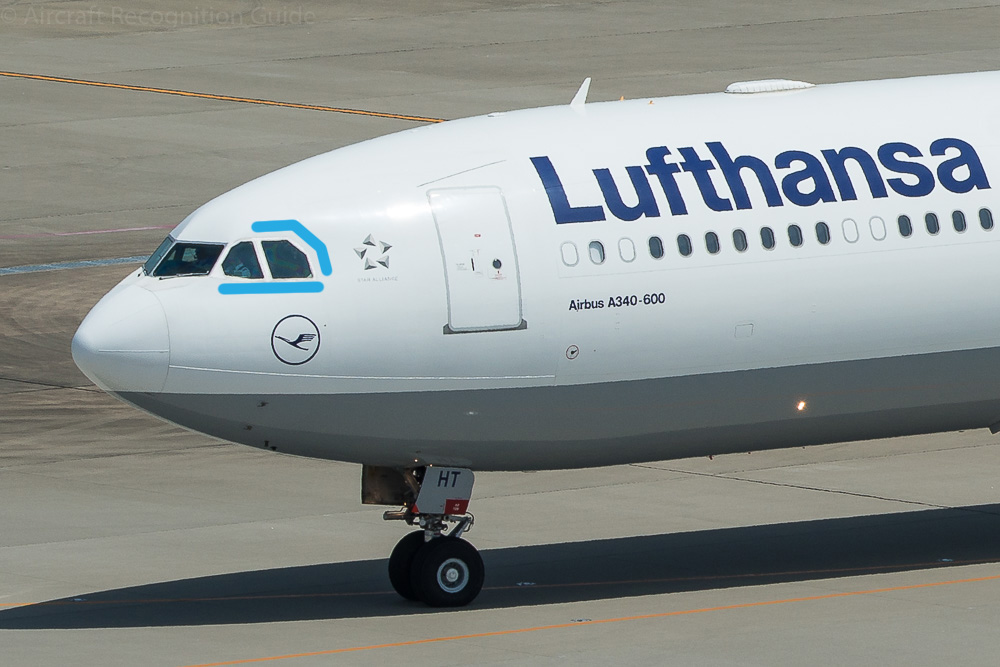 Nose and cockpit windows of Airbus A340. 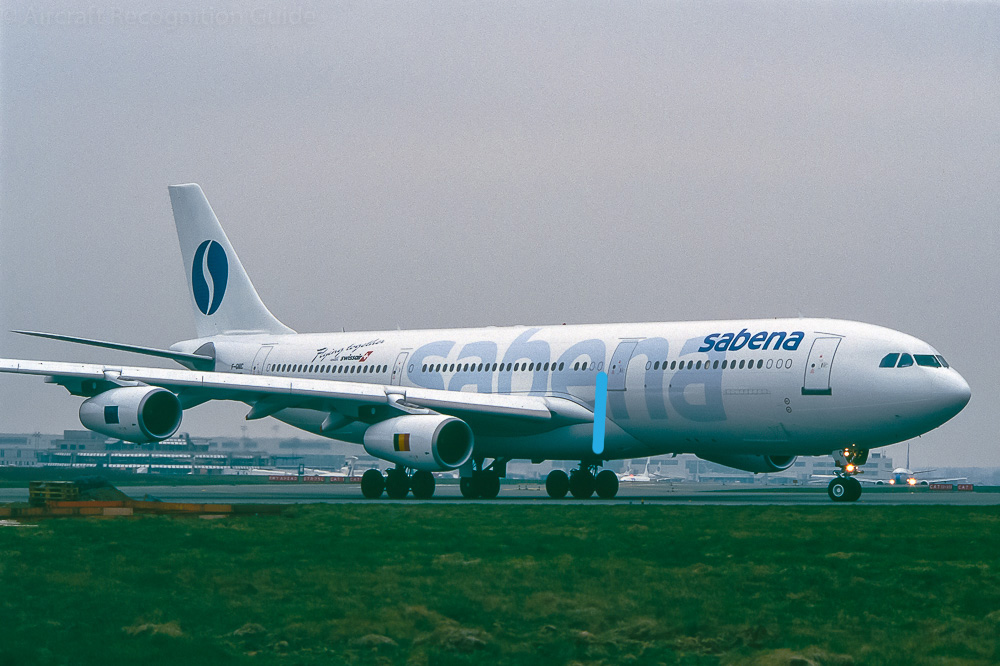 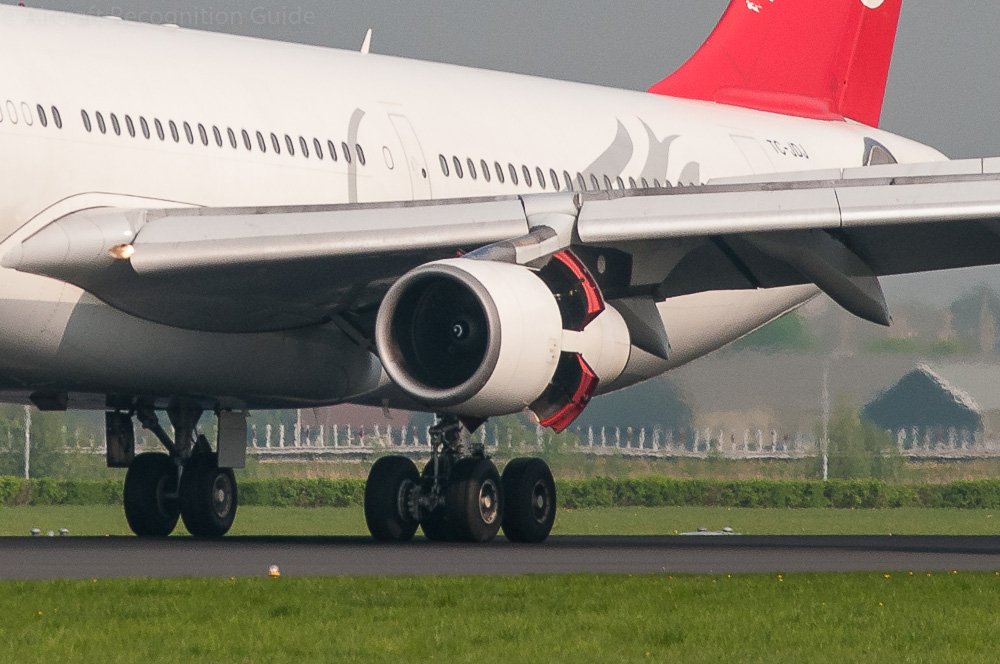 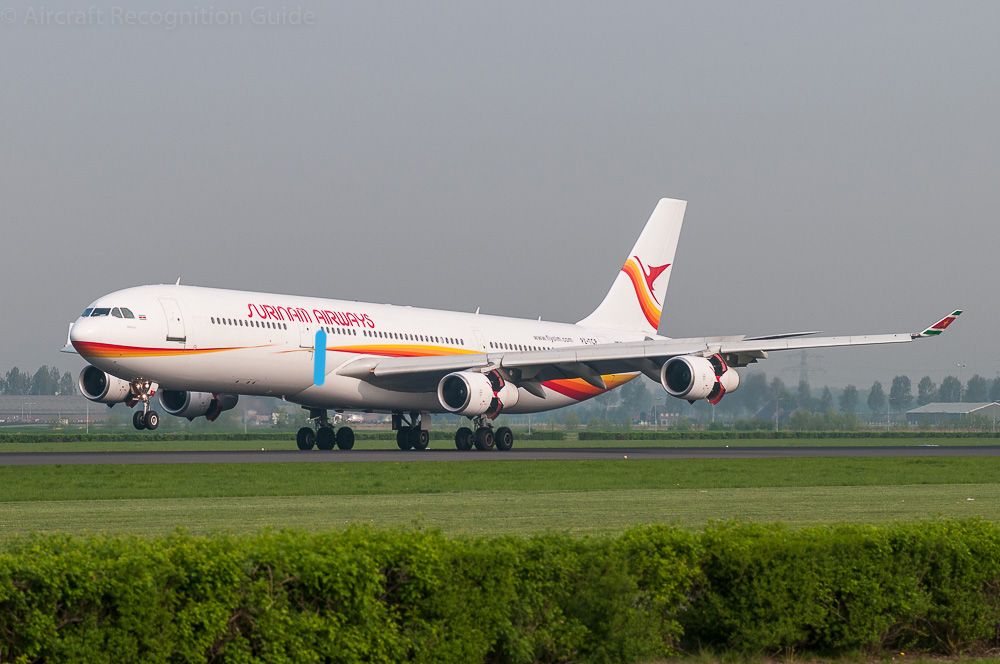 The second generation A340 has two main recognition points compared to the series 200 and 300. They have different engines with separated fan exhausts. The middle main landing gear leg has four wheels instead of two. It is rotated forward, while the other two bogeys are tilted backward. The A340-500 is the shortest of the second series, about four metres longer than the A340-300. 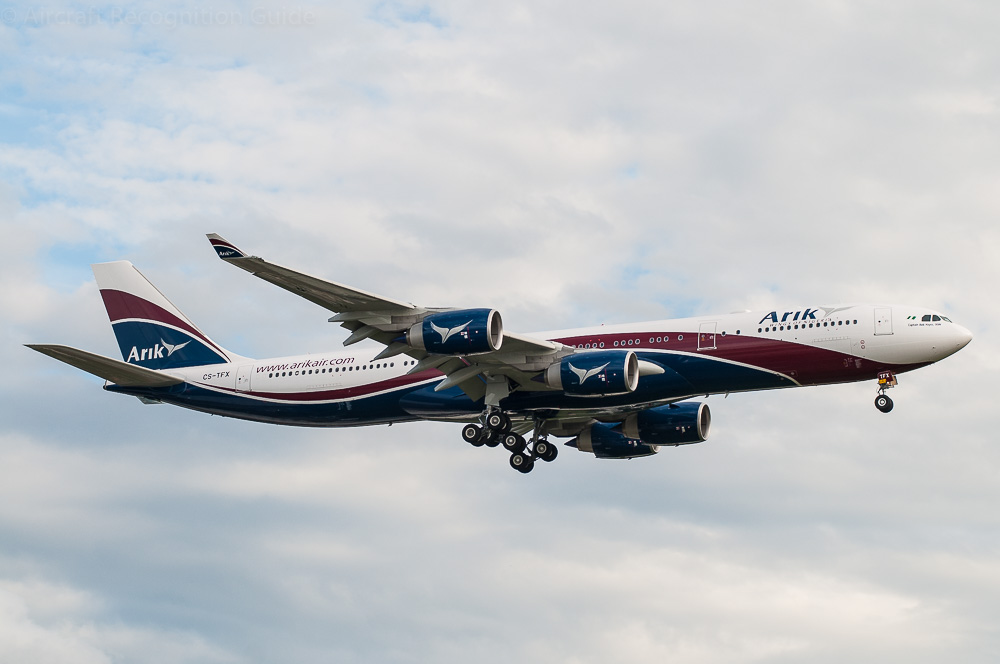 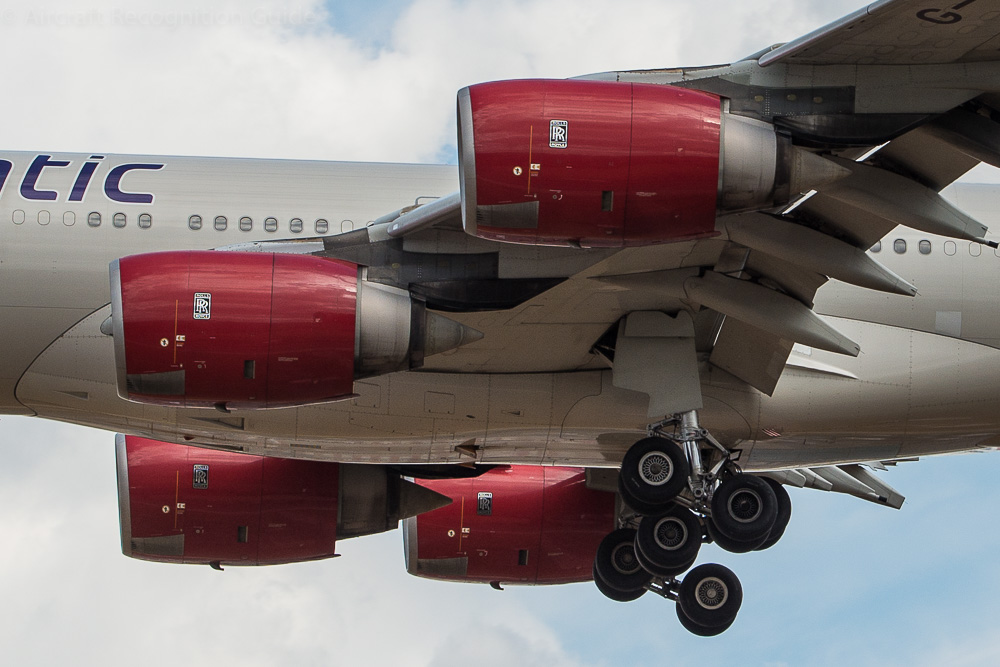 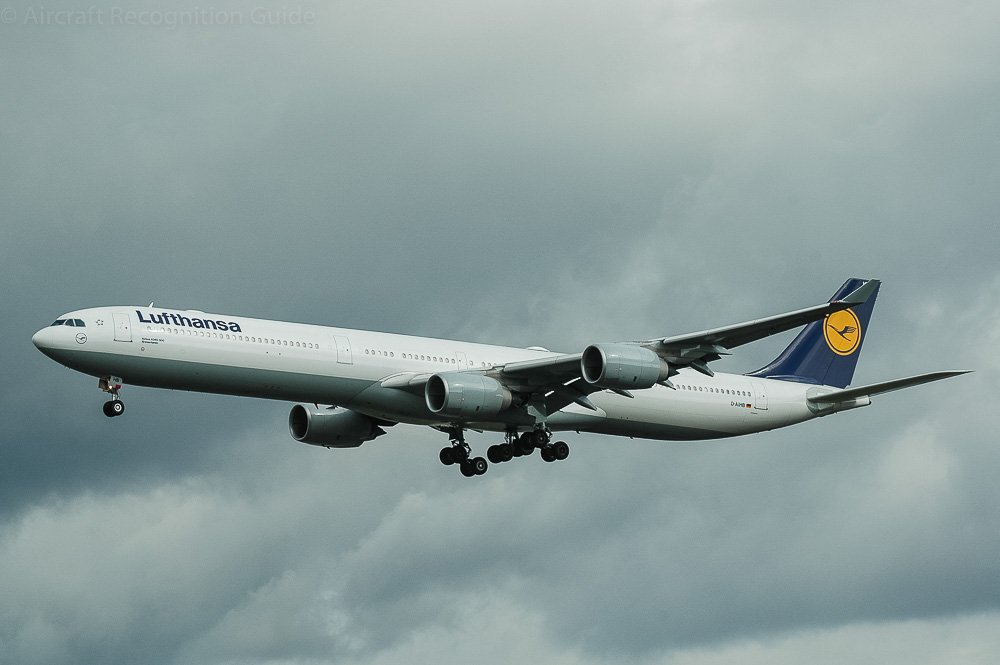 The A330 and A340 are externally very similar except for one big difference: the A330 has two engines while the A340 has four! 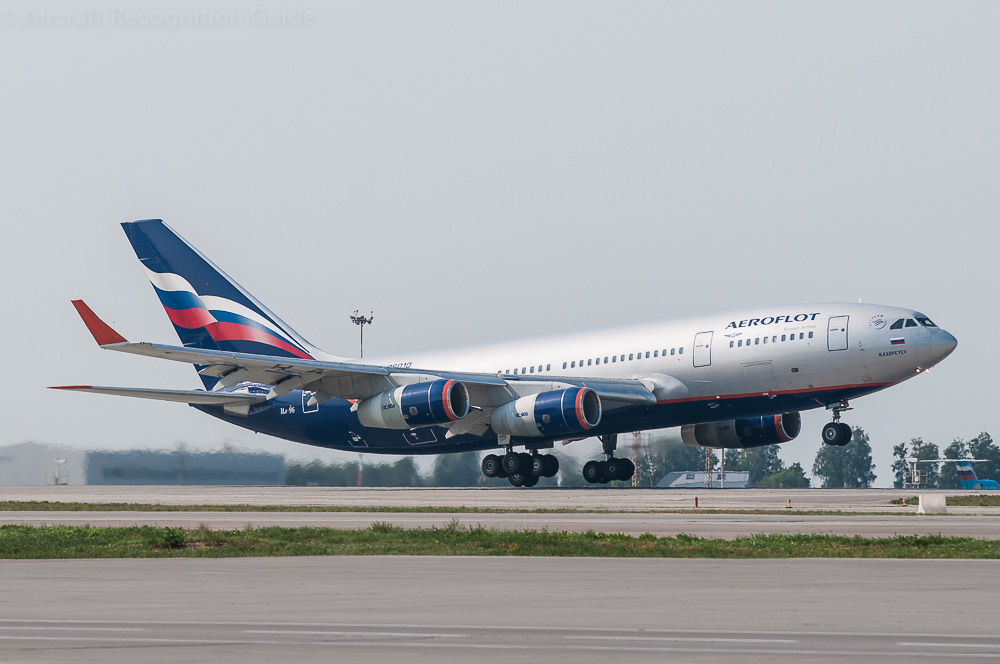 It is no surprise if you mistake an Ilyushin Il-86 or Il-96 for an Airbus A340 The differences are quite small. Look first at the last cockpit window and the winglets to distinguish them. When looking further you will also notice more subtle differences in tail cone, vertical stabiliser and landing gear.