The Soviet Union's first long range jet transport aircraft was the Ilyushin Il-62. NATO gave it the code name Classic. It comes from the same time as the Boeing 707, Douglas DC-8 and Vickers VC10. Like the VC10, the Il-62 has four jet engines attached in pairs to the rear fuselage. Other aspects of both designs include a T-tail, low mounted swept wings and a main landing gear with four wheel bogeys. The similarity between the two aircraft is so big, that there have always been rumours about Russians copying the VC10, but proof for this allegation has not been shown.

The Il-62 is best recognised from the VC10 by the cockpit windows. It has no less than eightteen windows, of which ten cover the front and two sides. The other eight are split in four eyebrow windows on each side. The second key feature of the Il-62 is the large bullet fairing on top of the vertical stabiliser. Finally, the Il-62 has a two wheel tail gear than is extended when parked, to avoid the aircraft tipping of its tail during (un)loading. 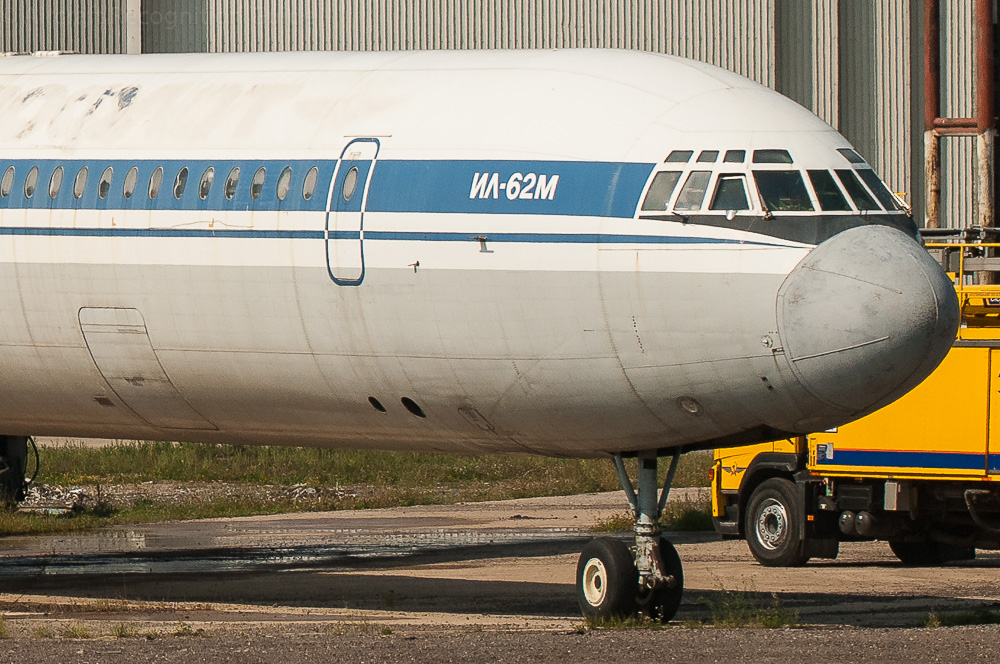 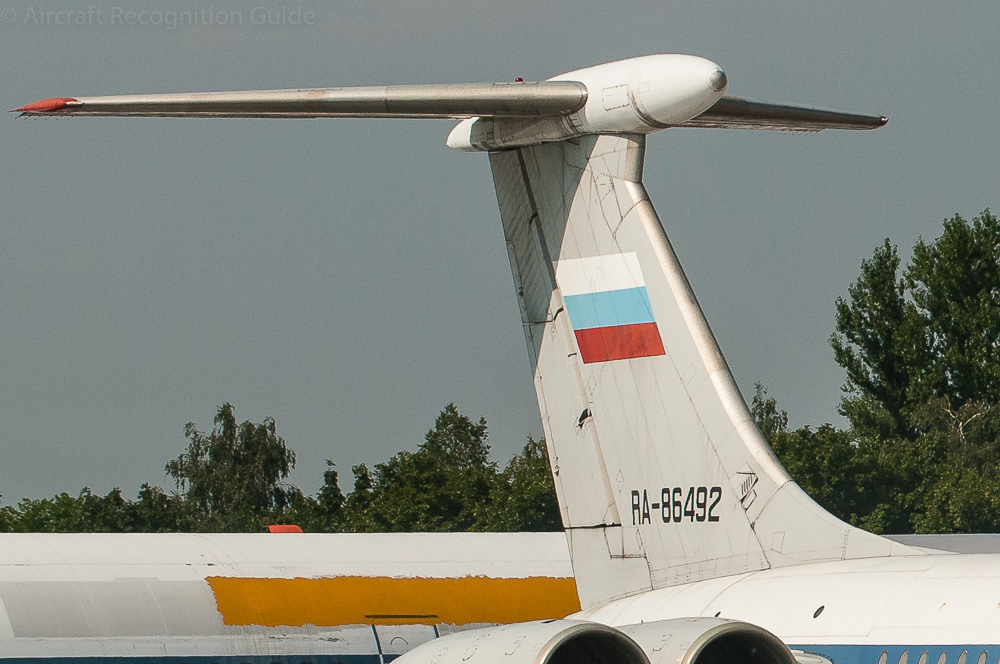 Another recognition point of the Ilyushin 62 over the VC10 is the large bullet fairing on top of the vertical stabiliser.

The original Il-62 is powered by four Kuznetsov NK-8 engines. These have exhausts for the fan air flows on top of and at the bottom of the nacelles. They have no thrust reversers. 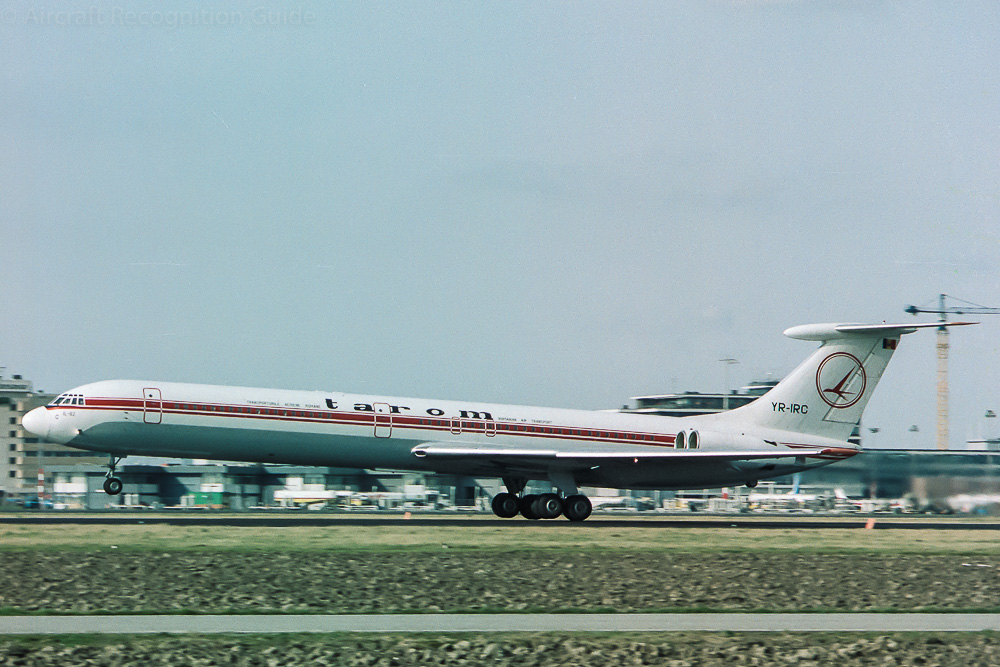 An Il-62 of Tarom in take-off. Note how far the vertical stabiliser is tilted forward during takeoff. 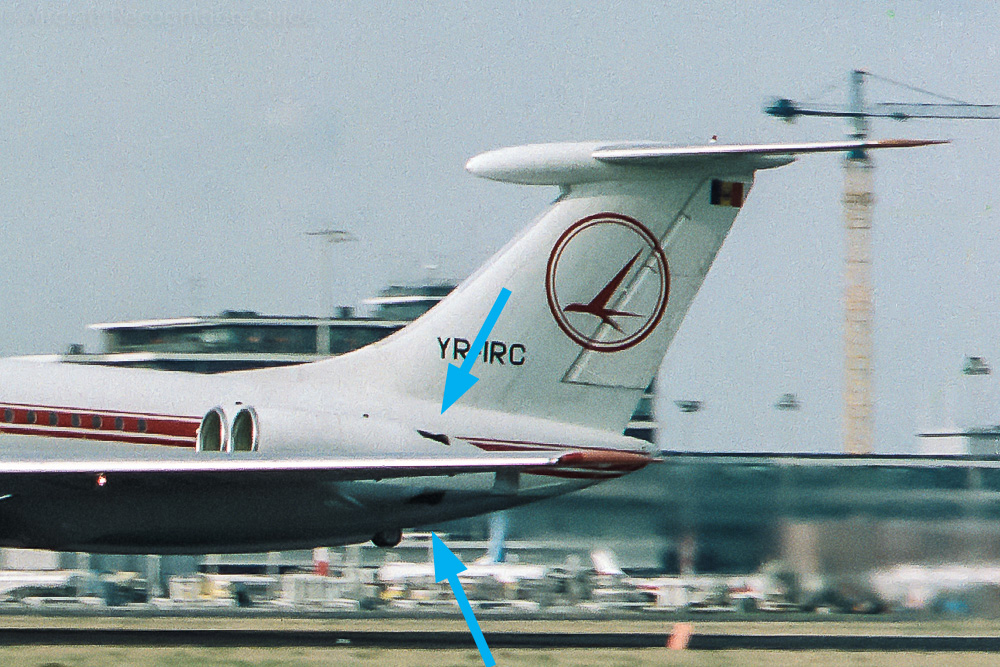 On this detail photo you can better see the fan exhausts at the top and bottom of the nacelles, typical for the Kuznetsov NK-8 engines.

The Kuznetsov engines were soon replaced by Soloviev D-30KU engines in a new version of the Il-62, the Il-62M. These have a single exhaust per engine and have thrust reversers on the outer engines, which makes them easy to recognise from the Il-62. That is not the case for the Il-62M versus the Il-62MK, as the Il-62MK mainly has a beefed up structure to accommodate an increased maximum take-off weight. 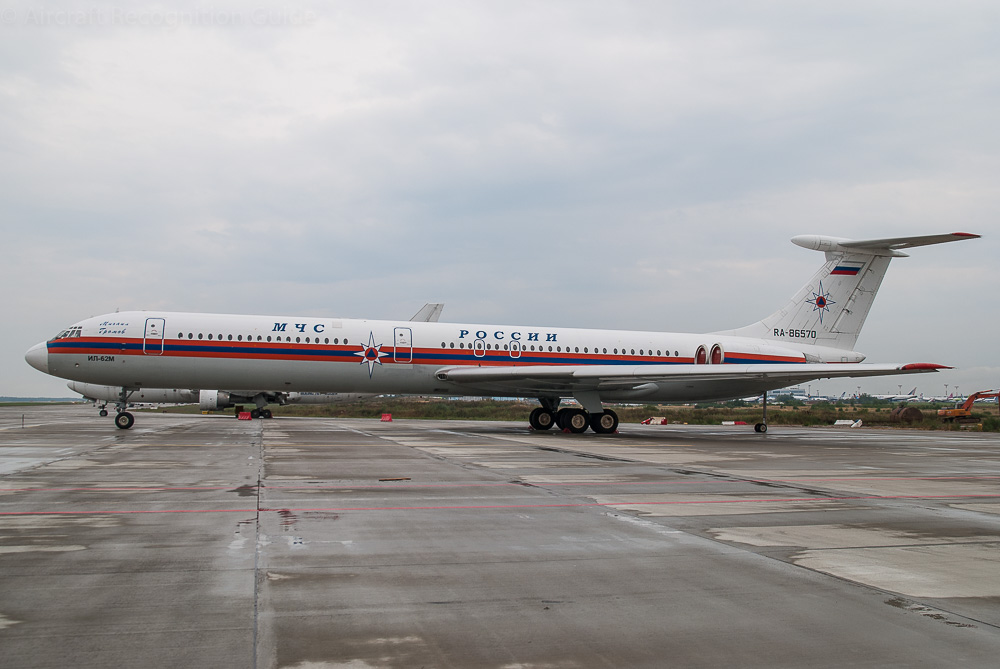 An Il-62M of the Russian ministery of energency situations. The exact type ideitification is somewhat hindered by the wings obscuring the nacelles. 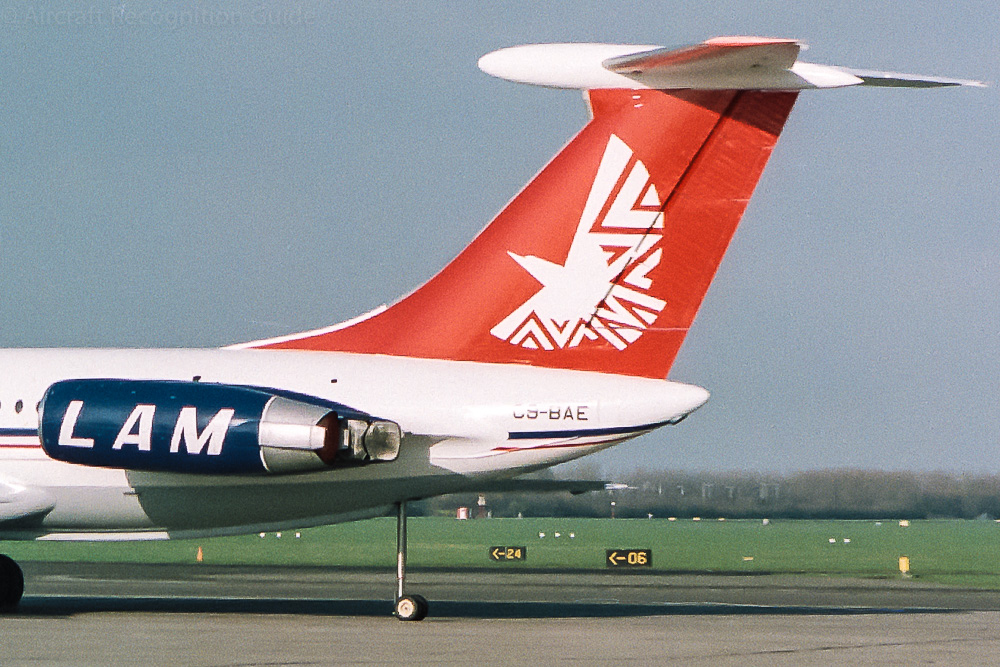 From this angle the nacelles are better visible, including the streamline body for the thrust reverser. Note the extended tail gear!

Two Il-62M are to have been converted to a full freighter. This version has of course a large cargo door in the left front fuselage and (almost) no cabin windows. 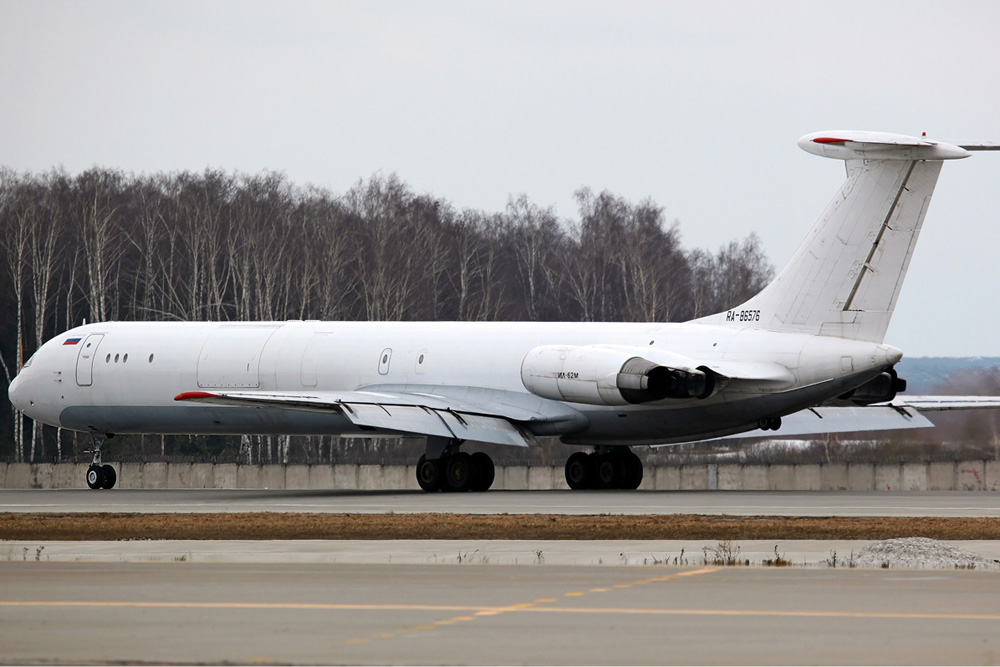 One of the two Il-62MGr cargo aircraft. (photo: WikiMedia/Alexander Mishin) 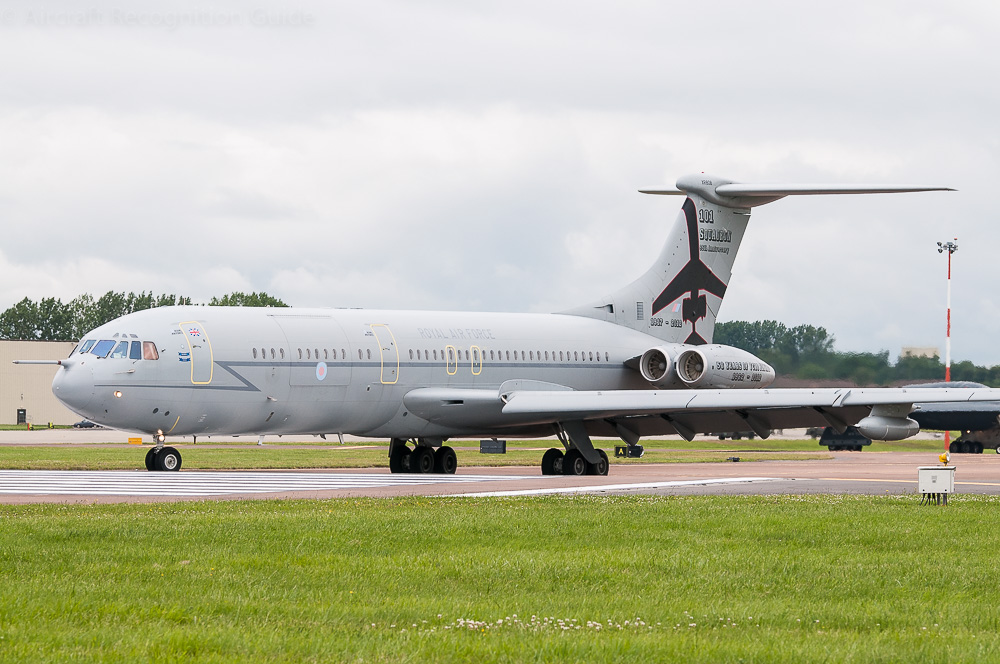 Only one aircraft type is very similar to the Il-62: the Vickers VC10. The VC10 has fewer cockpit windows, a much smaller bullet fairing on the tail and no tail gear.