Grumman's long heritage of building fighter aircraft to be operated from aircraft carriers continued when the US Navy sought an attack aircraft to replace the vene­rable Douglas A‑1 Skyraider. The resulting jet fighter was the A2F Intruder, which was designated A‑6 from 1962 on.

The Intruder has a quite unusual design with a wide fuselage allowing the pilot and bomber/navigator to sit side-by-side. As a result, the nose is quite round. The long, narrow air intakes are at the sides of the fuselage, slightly tilted and in front of the canopy. They feed two engines at the bottom of the fuselage, with exhausts below and just after the wings. These wings go straight through the fuselage, giving a mid wing configuration. What follows behind is a rather slender fuselage ending in a conventional tail with a trapezium shaped vertical stabiliser. The nose gear has two wheels, while both main landing gears have single wheels. Based on the Intruder Grumman made dedicated electronic warfare versions, including the longer EA-6B Prowler. 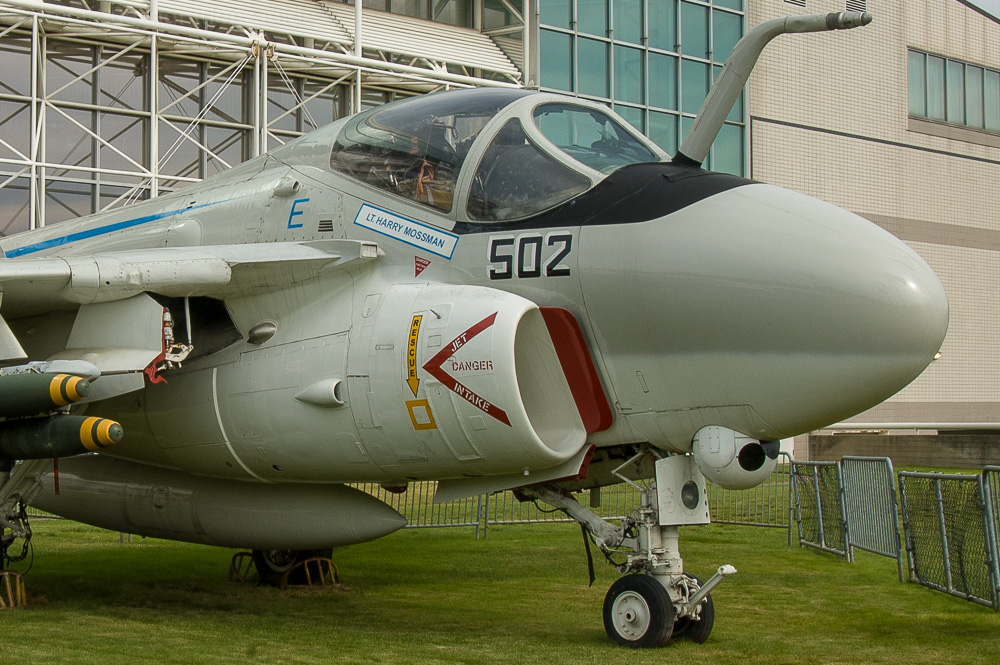 The wide fuselage with side-by-side cockpit, round nose and slightly tilted air intakes at the side are key features of the A-6. 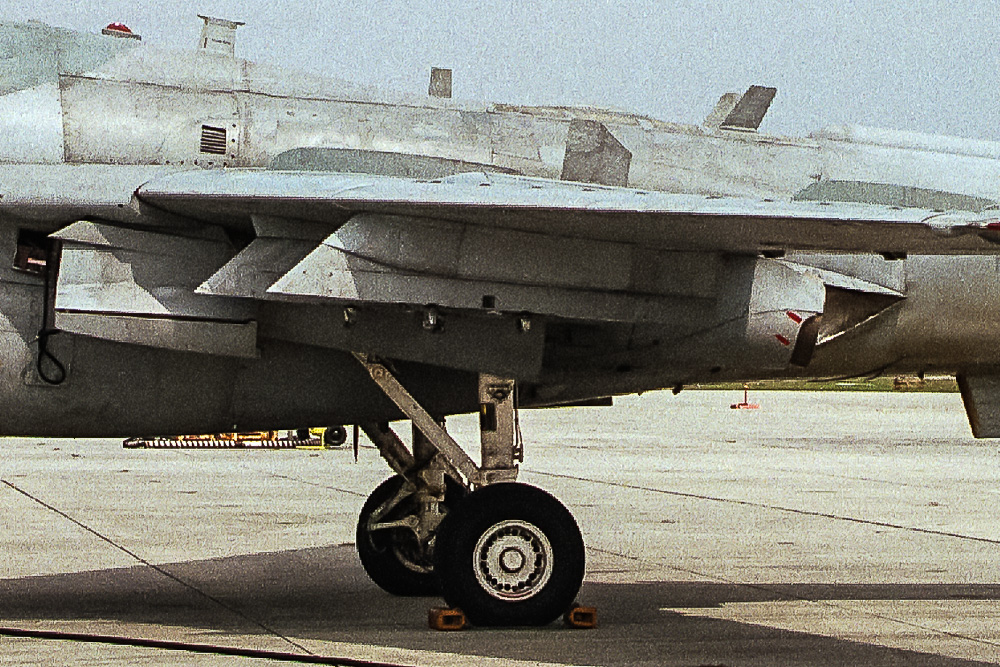 On this detail photo you can see the sturdy main landing gear and the exhausts behind and below the wings. Also visible is the mid wing design.

How to recognise the different versions of the Grumman Intruder and Prowler will be added later. 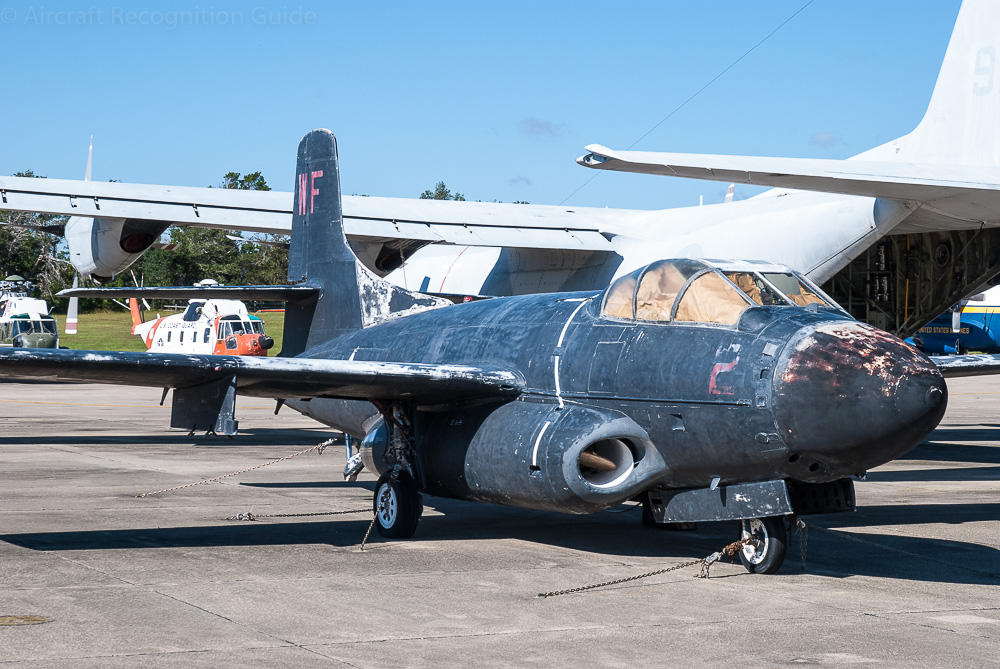 This Douglas fighter has a side-by-side cockpit and a mid-wing configuration as well, and engines in the same location as the Intruder. However, the air intakes are round, the wings are straight and the tail has a cruciform shape.