As a successor to the Lockheed Hercules aircraft of the Brazilian air force Embraer developed this jet transport aircraft that is about the same size. Back then it was known as KC-390, but after the intended merger with Boeing it became known as C-390 Millenium. Like other military transport aircraft the C-390 has high wings and a T-tail, with a ramped up rear fuselage to facilitate loading. Under the wings are two engines in nacelles with a single exhaust. The C-390 has a four-wheel main landing gears on each side. These retract forward in big pods next to the fuselage. Other characteristics are the cockpit windows, in particular the nearly triangular last side window, and the large fairing on top of the vertical stabiliser. 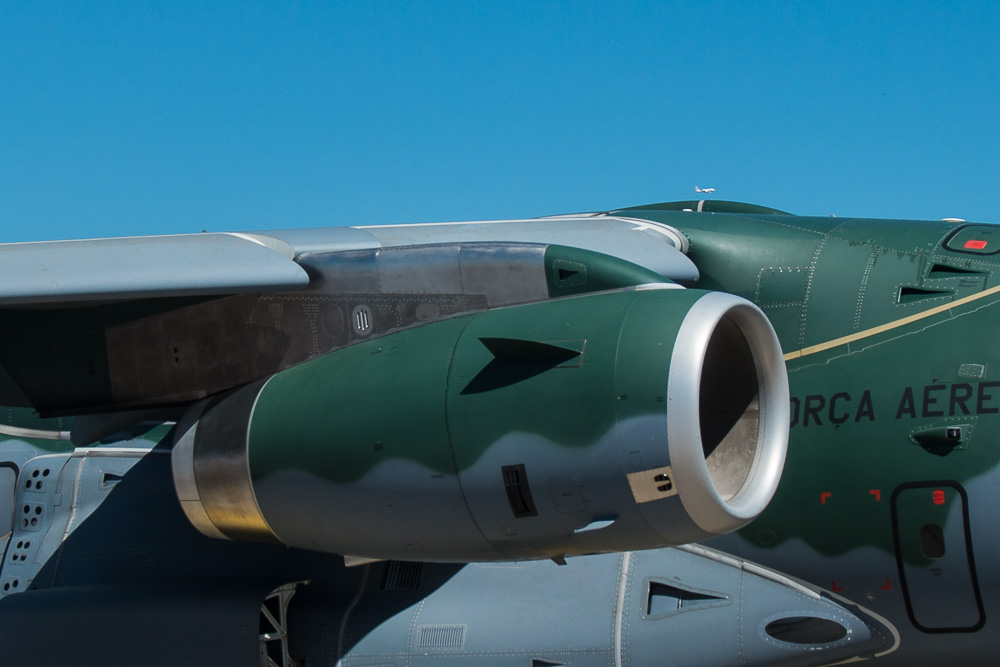 The shape of the engine nacelles is the same as on the A320 of MD-90. Only the triangular vane is extra. 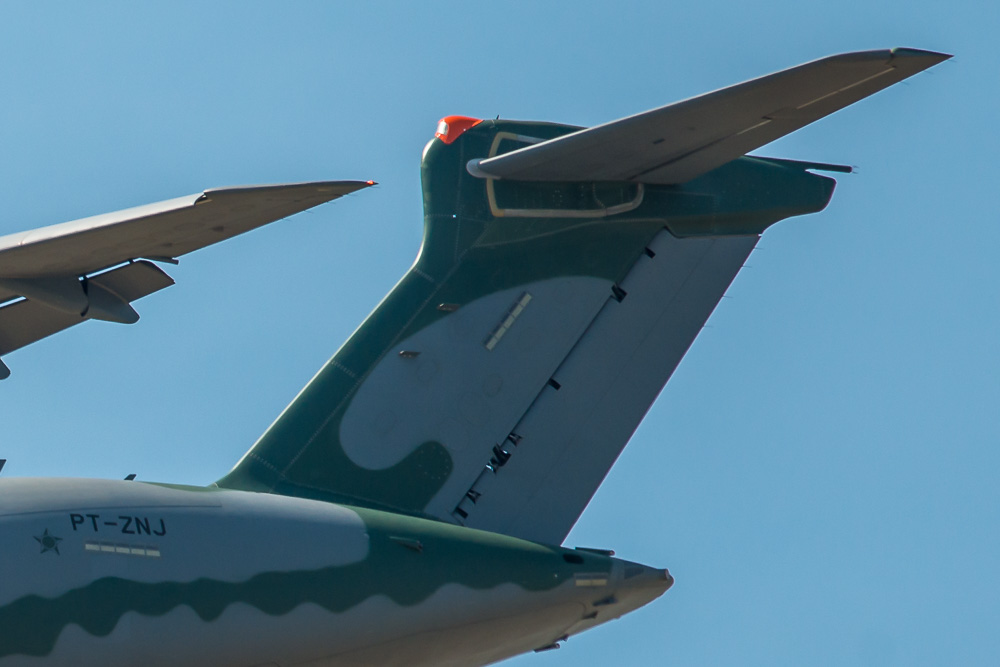 There is a large bump in front of the horizontal stabilisers, also typical for the C-390. 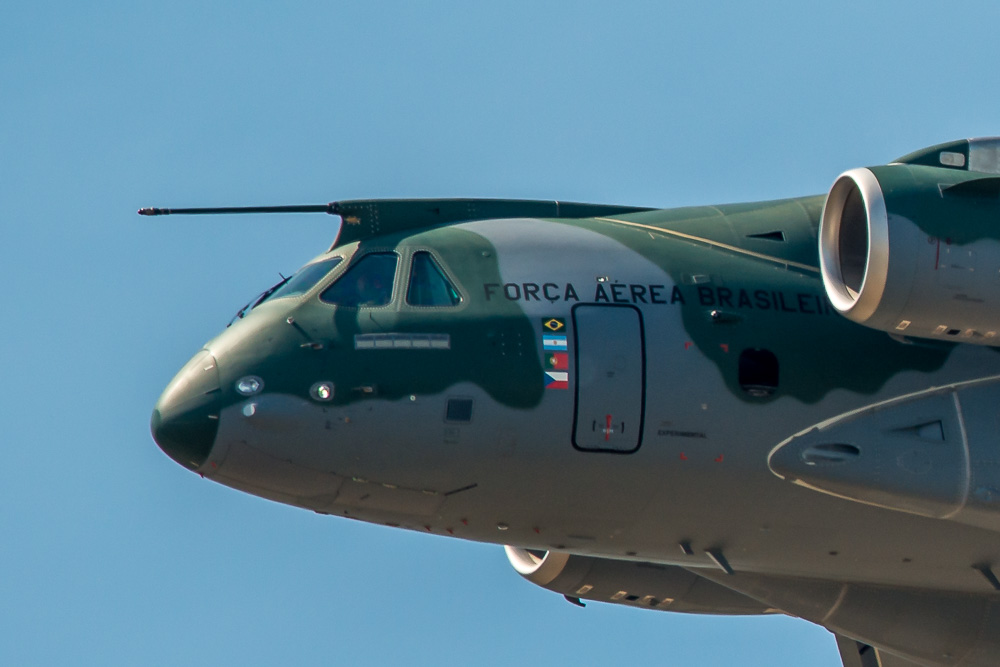 The cockpit windows, especially the last one, are one of the Main recognition points of the C-390, as is the refuelling probe above the cockpit. 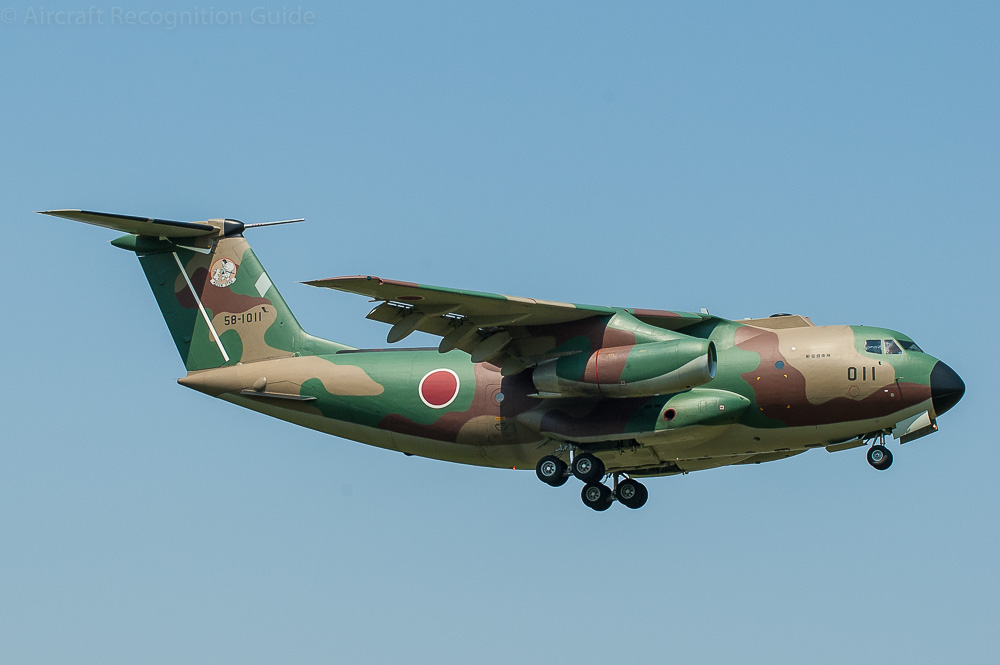 When it comes to looks the Kawasaki C-1 is the best candidate for a mix-up. The C-1 lacks the typical triangular cockpit side window the C-390 has. Also the engines are further from the wings, hanging from long pylons. The main landing gear has four wheels bogeys. Finally, the C-1 has no refuelling probe above the cockpit, but this is standard on the C-390. 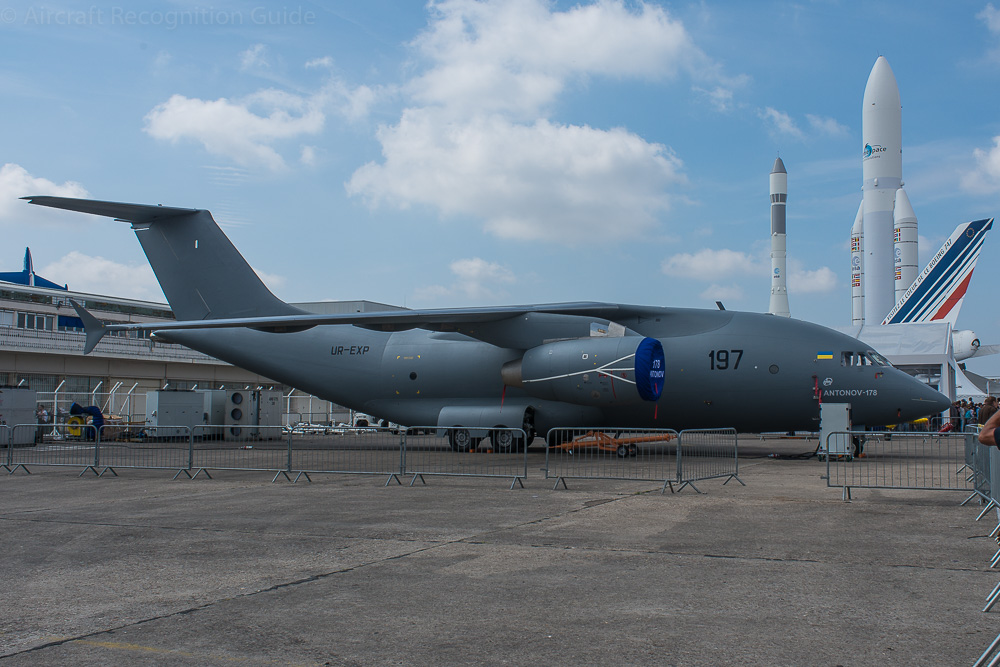 The An-178 cargo aircraft has relatively large engines with separate exhausts for fan and core flows. Other recognition points are the winglets and a wing-fuselage fairing that starts at the cockpit. The similar shaped An-148 and An-158 have many cabin windows and are thus less likely to be confused with the C-390.