Back in the 1980s Claudius Dornier Jr, son of the famus German aircraft designer, made a first attempt to revive the flying boat concept with a more up-to-date design. Despite many tries the company has yet failed to bring the Seastar to series production.

This Seastar is an amphibian with a very similar design as the Dornier Wal of the 1920s era. So it has high mounted wings above the fuselage, so technically parasol wings, which are attached to the fuselage by struts. On top of the wings are two turboprop engines paired in a single nacelle, with one powering a pusher prop and the other one a puller. The underside of the fuselage it optimised for take-off and landing on water. At the side are two sponsons wirh fuel tanks inside. They provide the stability when taxiing on water. It also holds the two wheel main gear when retracted. The tail has a cruciform shape.

The different versions of the Dornier Seastar can be identified by looking at:

The proof-of-concept aircraft has the same basic shape as the eventual design, but has the wings of the Dornier 28, so with straight tips. Also the wings were braced to the sponsons. Additionally, the cabin windows were round and the engines had three blade propellers. Finally, the design of the bottom of the fuselage is different, less complex. 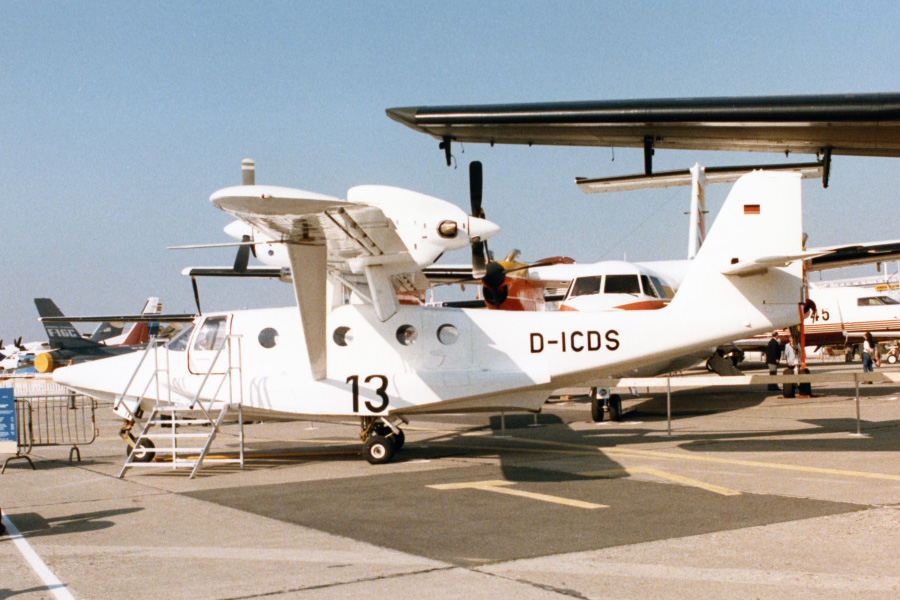 The proof-of-concept Seastar, designated CD1, clearly has round cabin windows and long struts from the wings to the sponsons. (photo SDASM Archives/WikiMedia)

Based on the experience with the CD1 proof-of-concept, the Seastar got a lot of updates. First of all the wings where replaced by the composite ones with pointed tips, like on the Dornier 228 (see top photo). They are connected to the fuselage only; the struts to the sponsons are gone. The cabin windows were enlarged and received a rounded rectangle shape. The hull and sponson design now has more layers. Finally, the propellers had four blades, but this number have been increased to five by now. 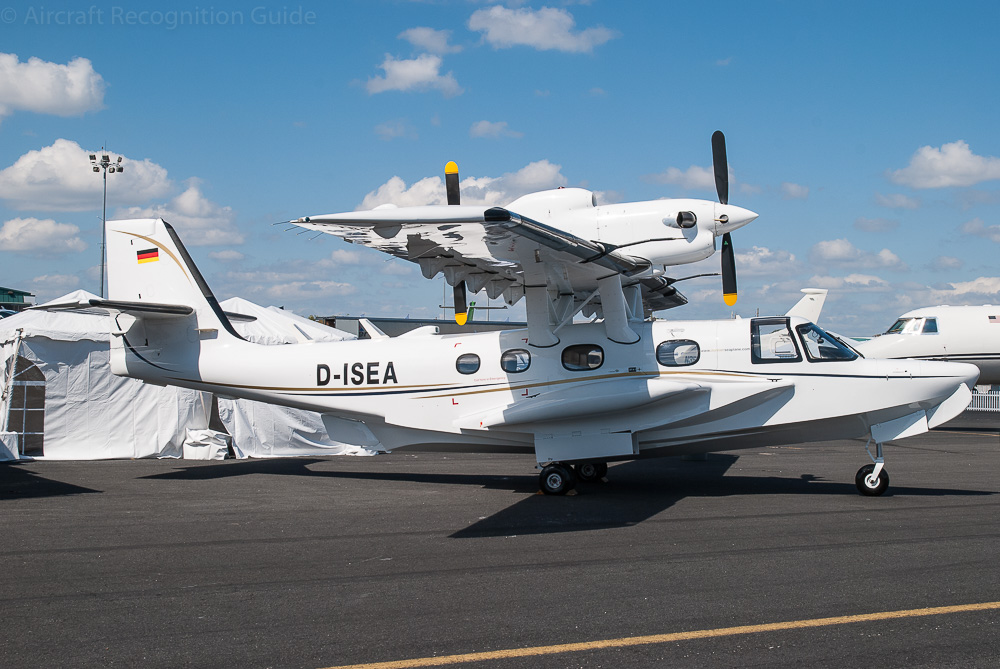 The cabin windows are the easiest way to distinguish the CD2 from the CD1, but also look at the wingtips, propellers and strusts.

Given the unique design, at least for a modern aircraft of this size, the chance of misidentification is small.