After Dornier had developed a new type of wing and this was tested on a modified Model 28D-2 Skyservant, it designed a new fuselage for the wings. Together they formed the Dornier 228 commuter and utility aircraft.

The 228 is a high wing aircraft with two small engines underneath it, positioned in the leading edge. The fuselage has a nearly square cross section with rounded corners. At the front is a long, rounded nose, in which the two wheel nose gear retracts. The single wheel main retracts in a streamline body under the middle of the fuselage. Towards the end the fuselage tapers gradually. The tail is conventional and similar to that of the Do28D-2 (so relatively low), but with a bigger dorsal fin. The wing tips are triangular: they end in a point, typical for the Do228.

The aircraft is also built under license in India, by Hindustan Aeronautics Ltd (HAL). These are sometimes designated HAL-228. Most of these are maritime patrol versions, with a radome under the forward fuselage. 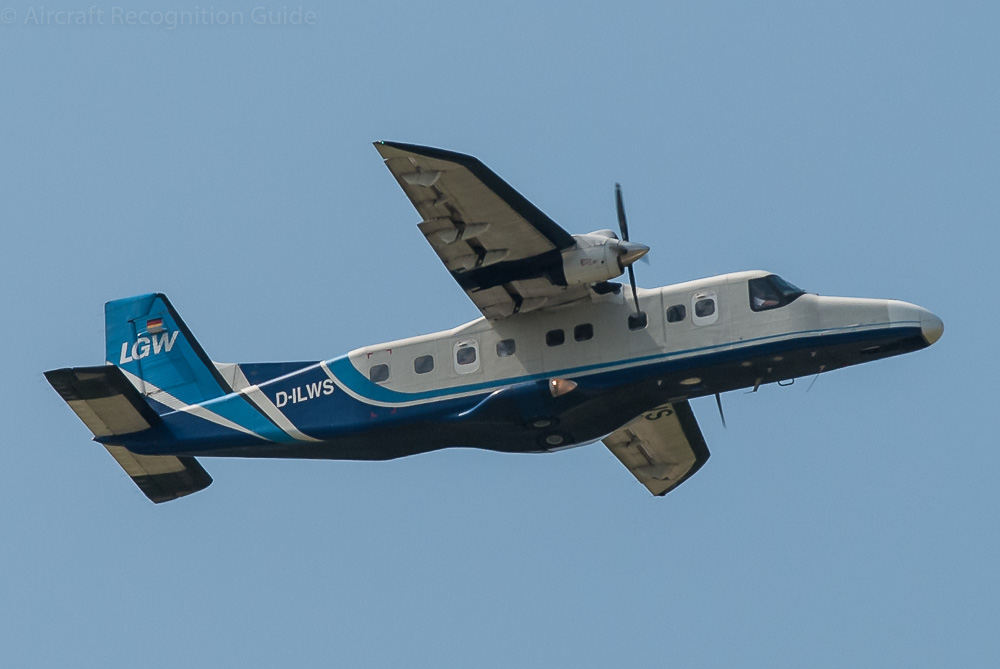 From below you can clearly see the pointed wing tips of the Dornier 228, a key recognition point thanks to the TNT wings. 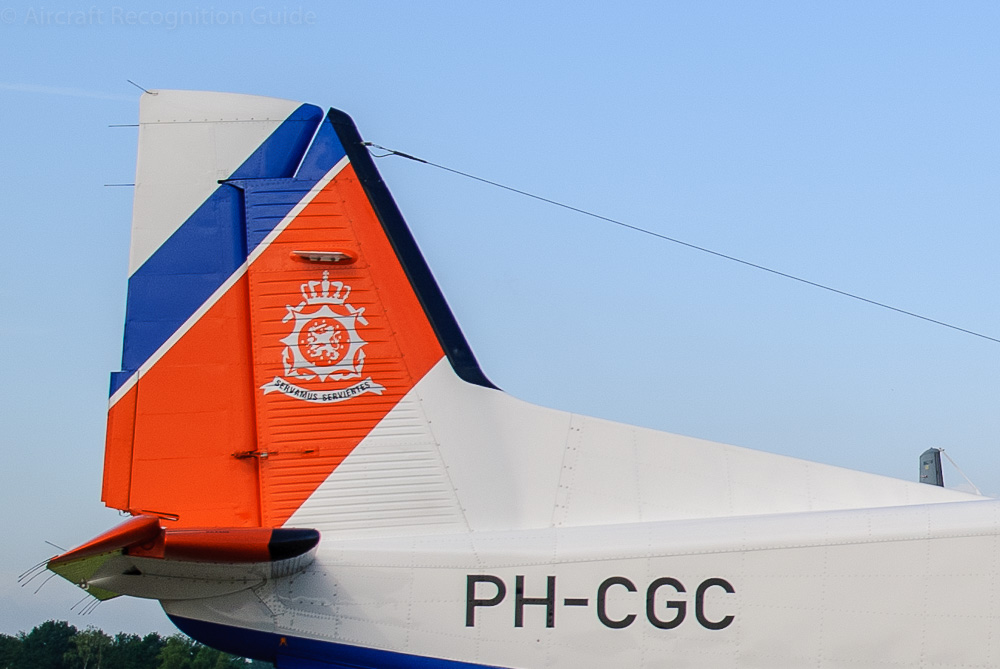 The tail of the Dornier 228 was more or less inherited from the Skyservant. It is quite low and with a large dorsal fin. 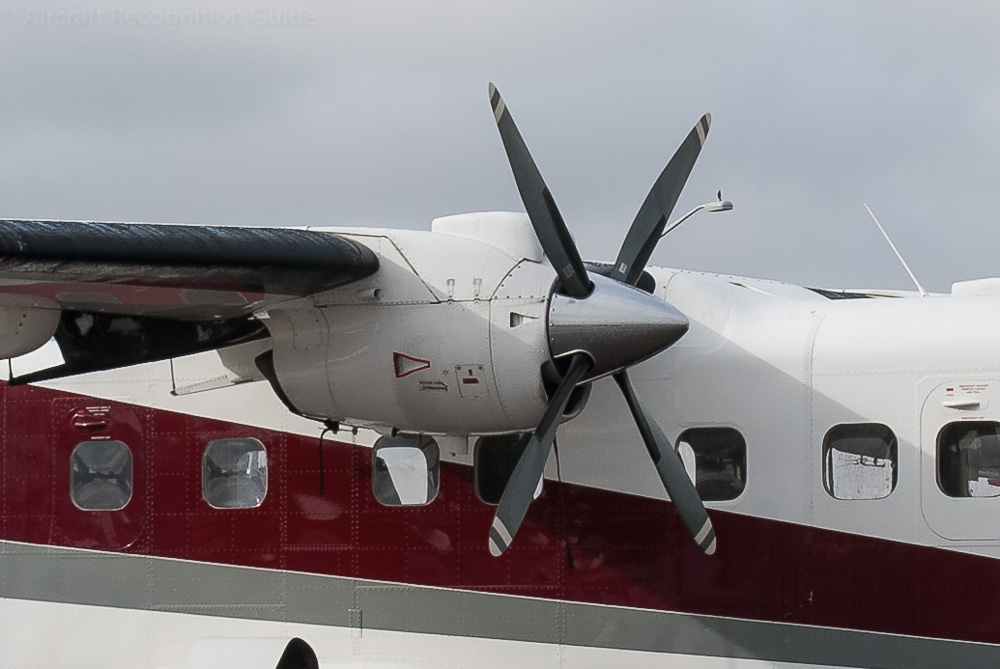 Detail photo of the small TPE331 nacelle of the Dornier 228. The original models all had four blade props. 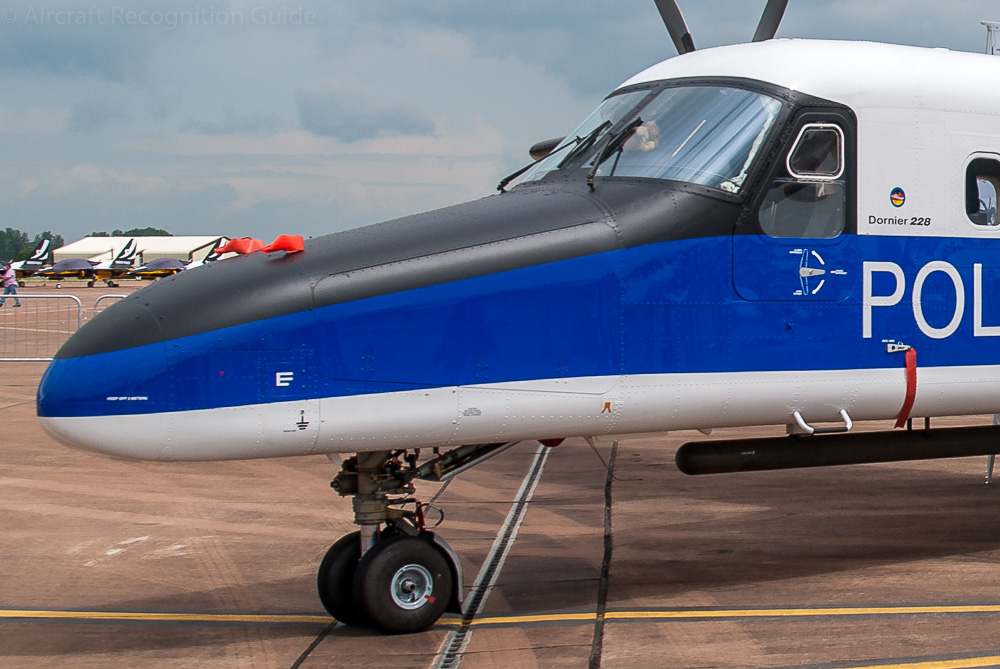 The Do228 has a long nose in which the two wheel nose gear retracts.

The different versions of the Dornier 228 can be identified by looking at:

This is not actually a Dornier 228, but its predecessor test aircraft derived from the Dornier 28D-2. As it looks more like a Do228 than a Do28D it is included here. This Do28E-TNT test aircraft already has the same basic configuration and Do228 wings, but with a shorter fuselage, an all single wheel fixed gear and a more pointed nose. Originally, it also had three blade props and a smaller dorsal fin. 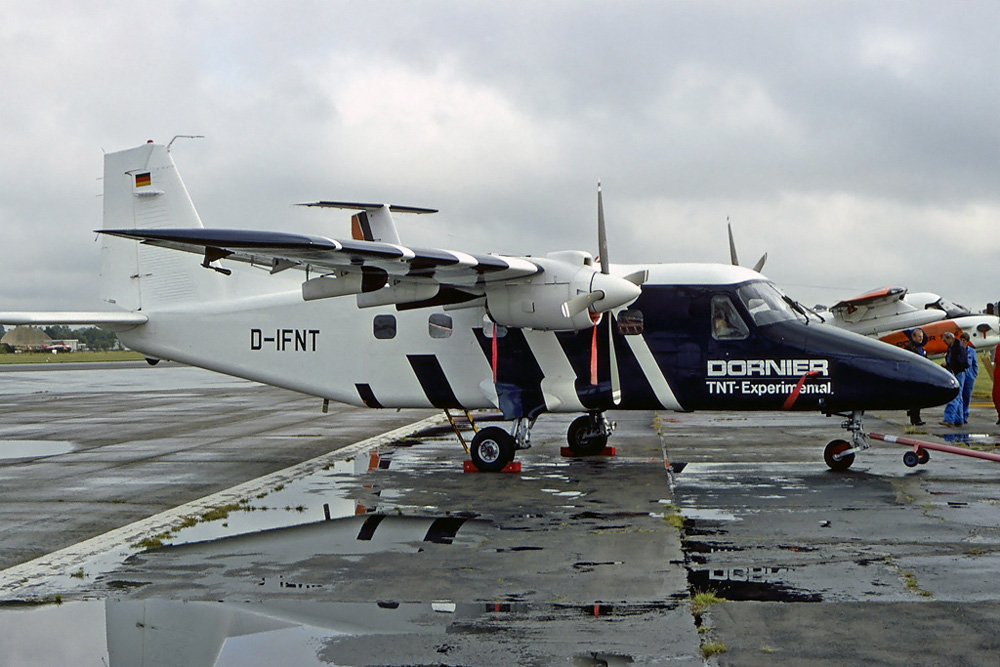 The Do28E-TNT test aircraft already has the wings and engines of the Do228, but with a shorter fuselage, fixed gear and more pointed nose. (photo Steve Fitzgerald/WikiMedia)

From the start Dornier offered two versions of different size. The Do228-100 is the short version, distinguished by fewer cabin windows - seven on the right side - and one emergency exit on the right side, directly below the wing trailing edge. The -101 subtype has a stronger structure and higher weights. As fas as we know all aircraft have four blade props, no conversions with five blade propellers. The five blade prop is however also certified for the short body versions. 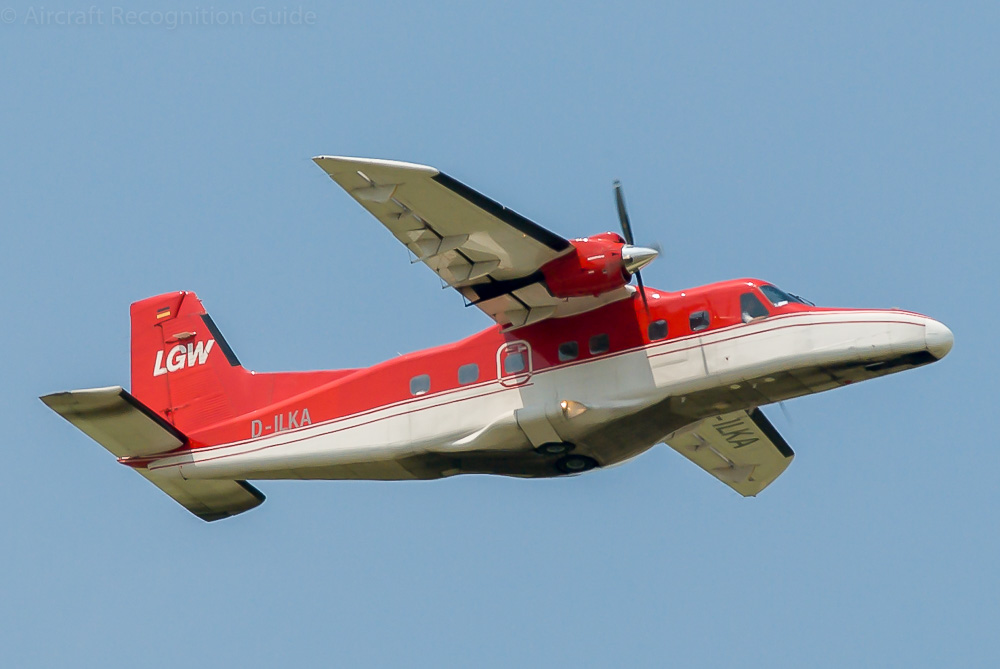 When viewed from the right you can see the single emergency exit below the wing, typical for the Do228-100 and -101. 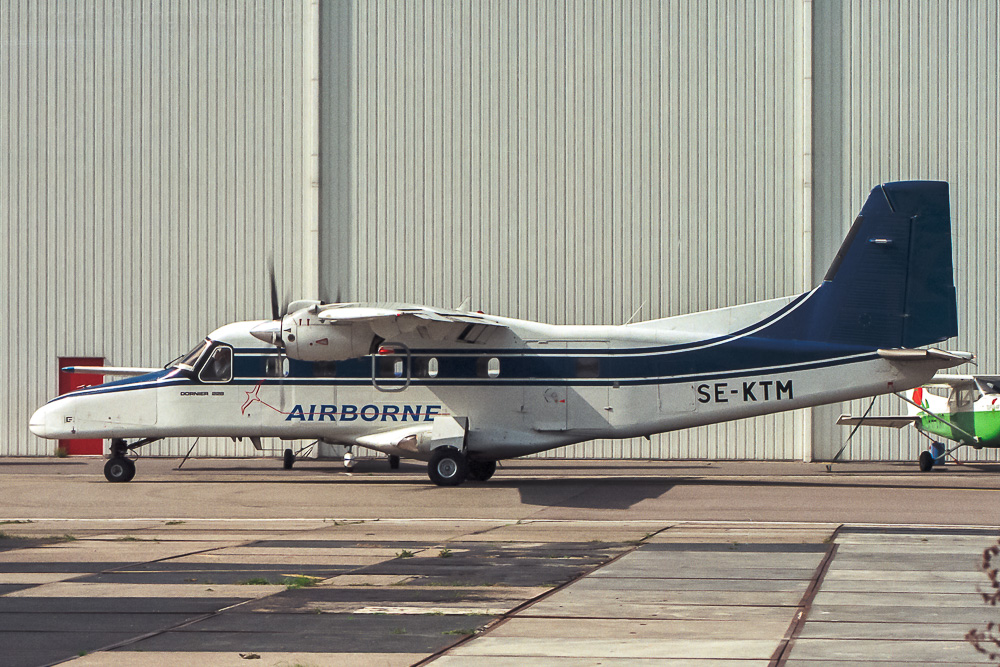 These versions have in common a 1.5 m longer fuselage than the Do228-100, with nine cabin windows and two emergency exits on the right side. One emergency exit is behind the cockpit and the other behind the wing. They all have four blade props, although they can be retrofitted with five blade props. There are no strakes under the rear fuselage. 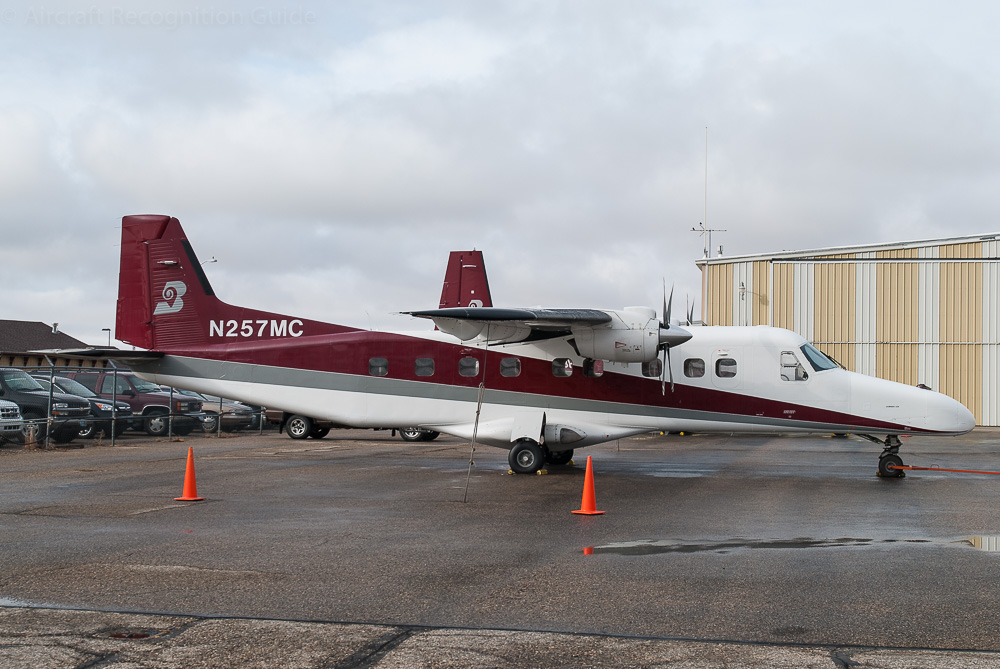 On this photo of a Do228-202 you can clearly count the nine cabin windows, but the two emergency exits are difficult to distinguish.

In order to improve the STOL performance of the Dornier 228, the -202 subtype can be fitted with two strakes under the rear fuselage. These are designated Do228-202K.

The Do228-212 is externally the same as the Do228-202K, so with ventral strakes, but has different engines and upgraded avionics. 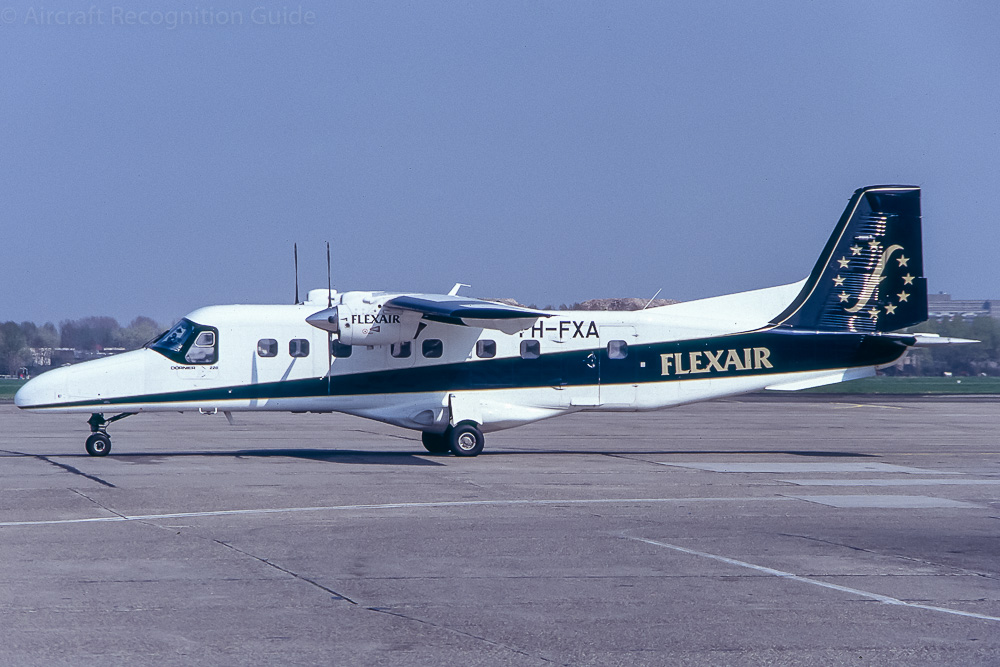 The ventral strakes on Do228-202K improve the STOL performance, which was handy when Flexair started flying to London City Airport. 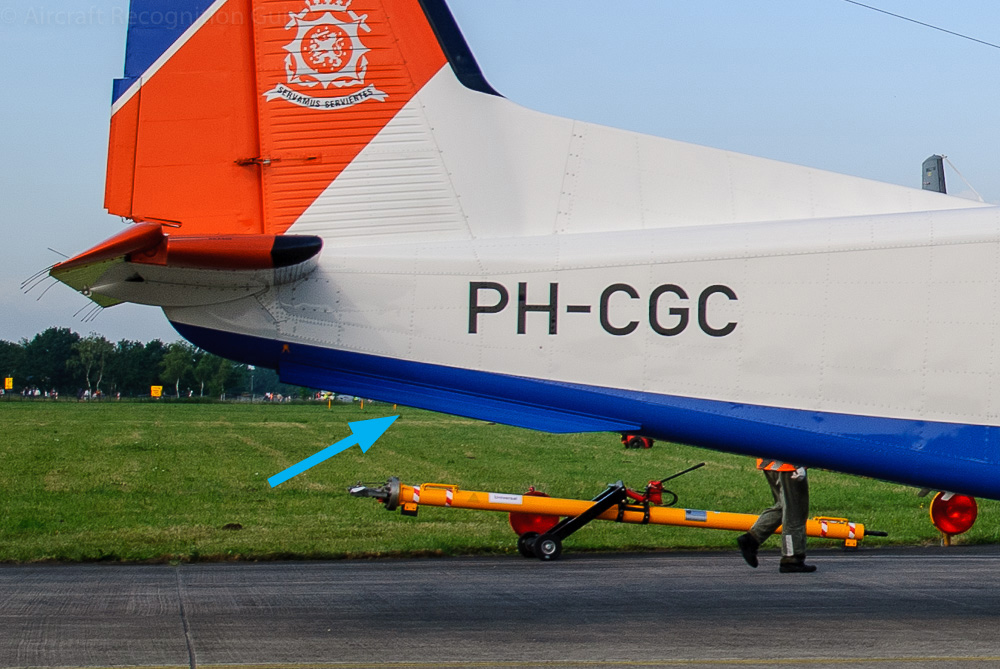 Detail of the fins/strakes under the rear fuselage of, in this case, a Do228-212.

This is the marketing name for a Do228-212 equipped with updated avionics (glass cockpit) and five blade props. The Next Generation applies to both newly built and upgraded aircraft. 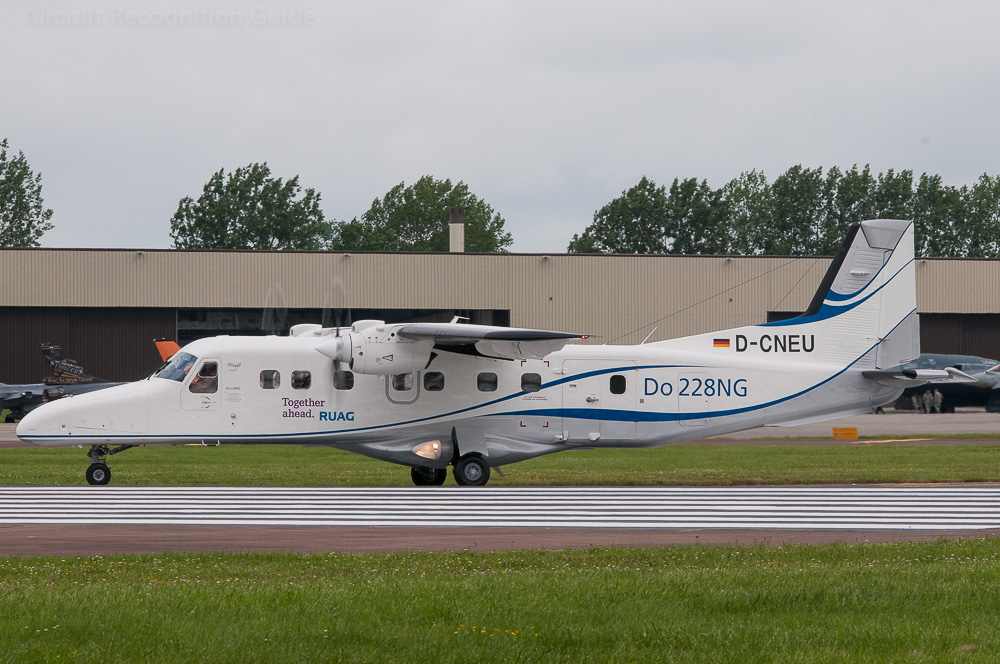 On the outside the only clear visible feature of the Do228NG is the five blade props, but titles also help. 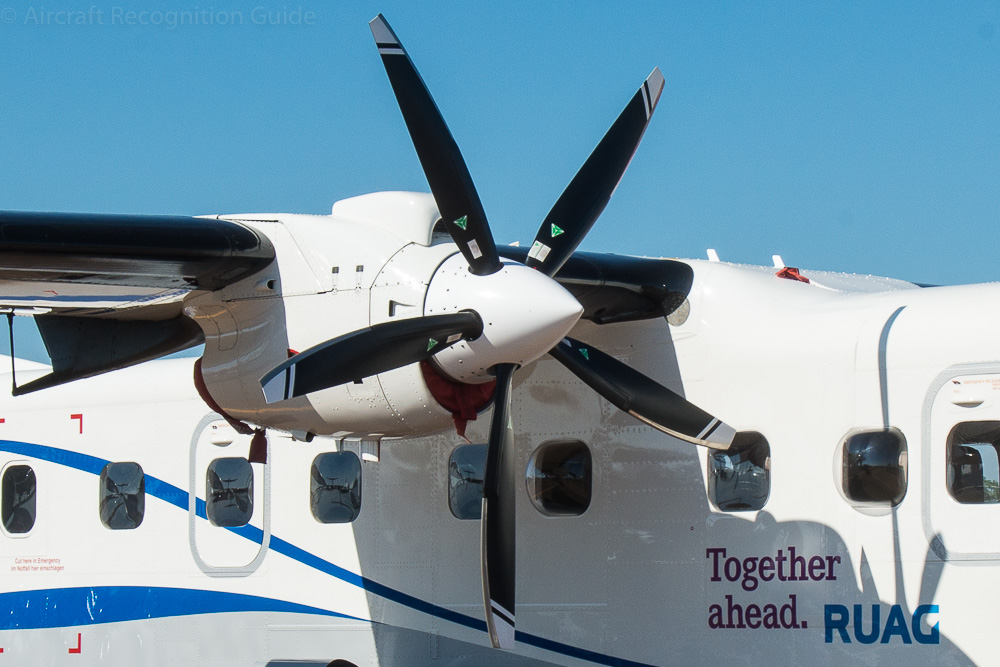 Five blade props are standard on the Do228NG, but all previous versions can also be converted with them,. 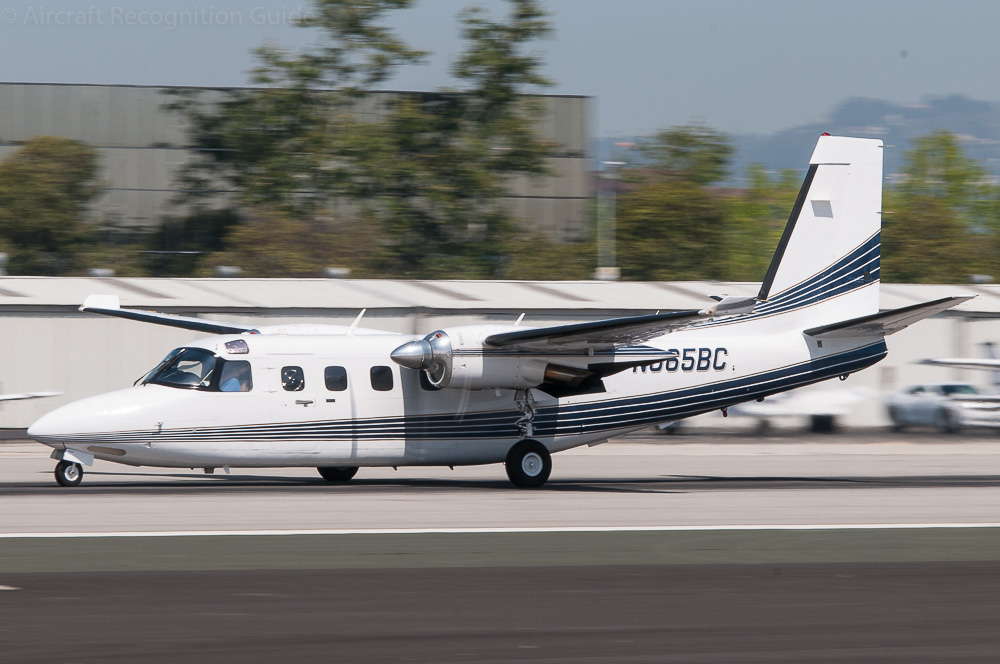 This aircraft family is of similar size as the Do228 (or slightly smaller) and also has high wings and a conventional tail. The main gear of the Twin Commander retracts rearward in the nacelles though, which are thus longer. The wings have regular, square tips. Additionally, the horizontal stabilisers have dihedral. Finally, there are many less prominent differences. 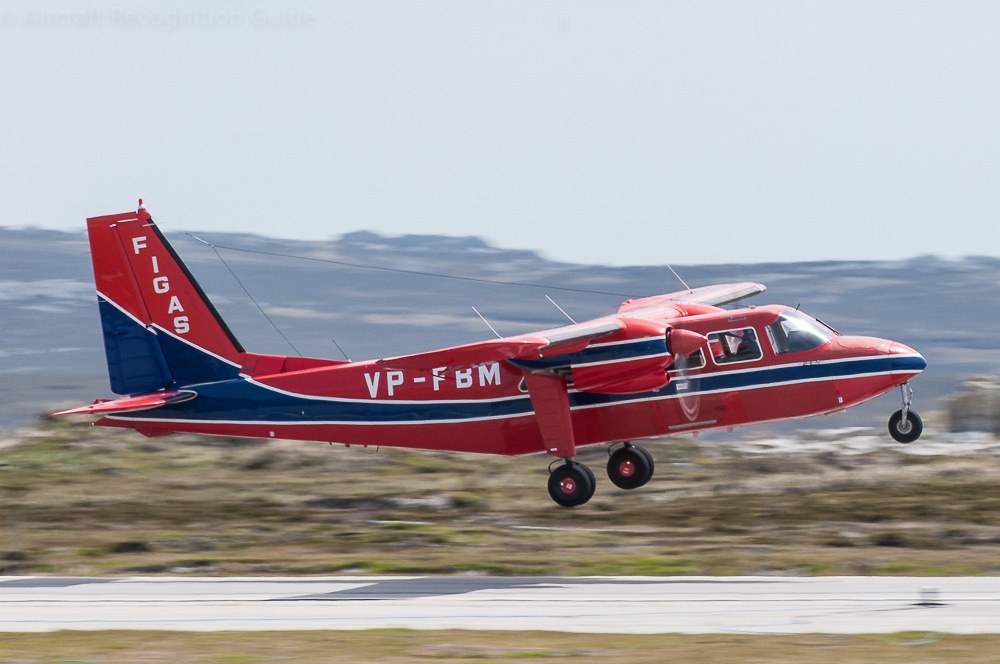 The BN-2 Islander has a fixed gear, with the main gear being attached to long struts extending from the wings behind the nacelles. Also the BN-2 is smaller, has a taller vertical stabiliser and larger cabin windows. 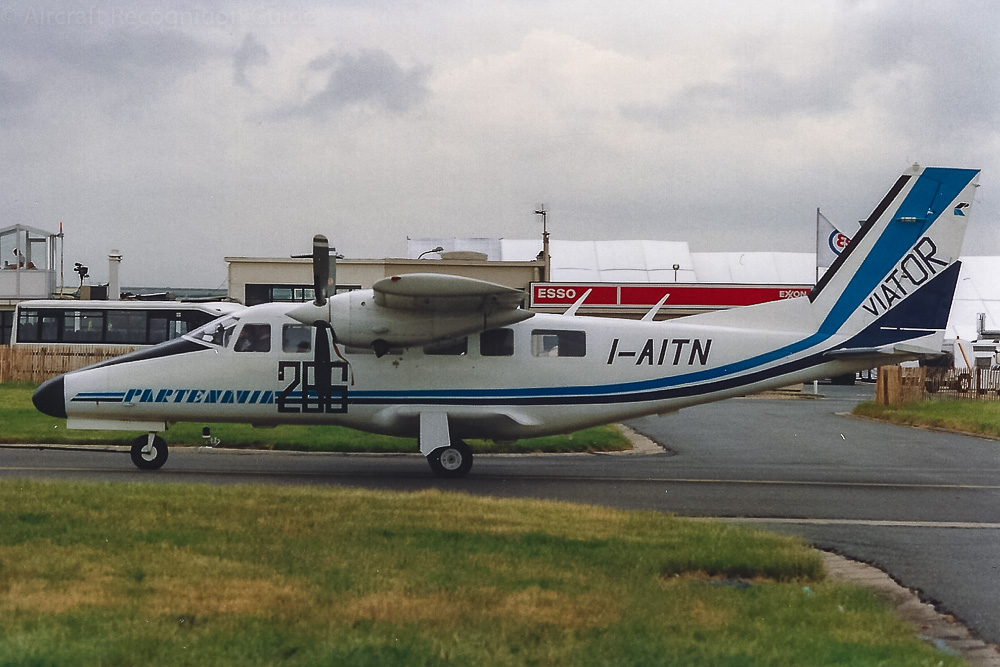 This aircraft has an all single wheel retractable gear, attached to stubs on the fuselage, and a more swept vertical stabiliser. Also it lacks the pointed wing tips of the Do228.