The Diamond D-Jet is one of the few single-engine bizjets, but also one of the failed ones. At least for now. Diamond Aircraft chose to put the engine in the middle of the fuselage, with the engine intakes arelocated in the wing roots and the exhaust under the rear fuselage, behind the wings. The fuselage is flat at the bottom and round at the top, when viewed from the side. The big cockpit windows are nicely curved, while the cabin has three rectangular windows. At the back are two ventral fins and a cruciform tail, with the horizontal stabilisers mounted high on the vertical stabiliser, so it almost looks like a T-tail. All in all the D-Jet is easy to recognise from the PiperJet, Flaris LAR01 and the Cirrus Vision, other single engine bizjets. (top photo: RuthAS/WikiMedia) 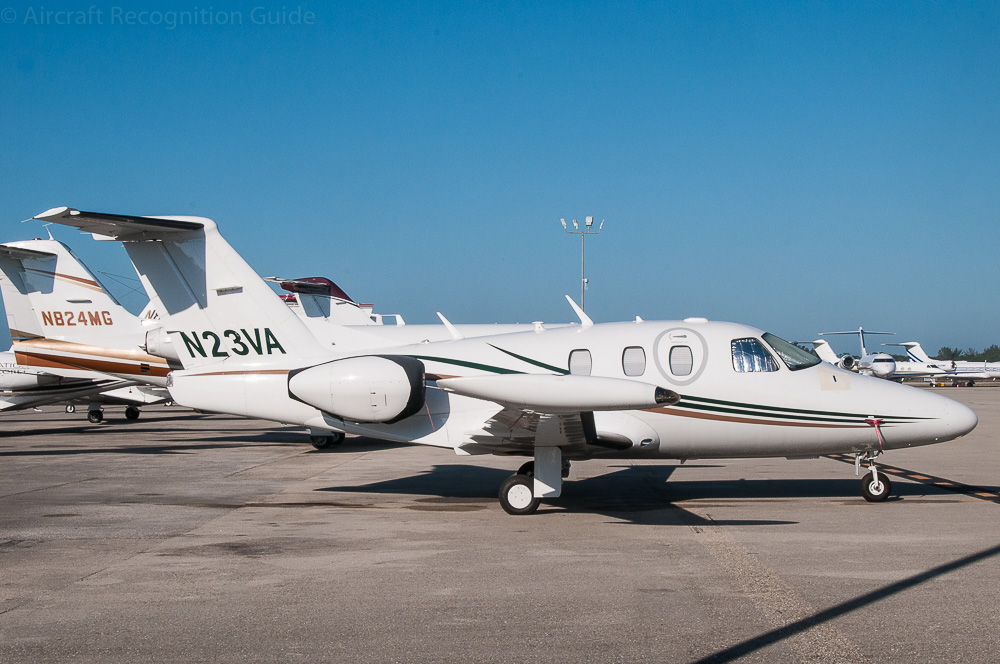 Other single engine private jets are unlikely to form a source of confusion, but some twin jets may be. One is the Eclipse 500, that has a fuselage quite similar to that of the D-Jet. The Eclipse has a true T-tail though, tip tanks and no ventral fins. 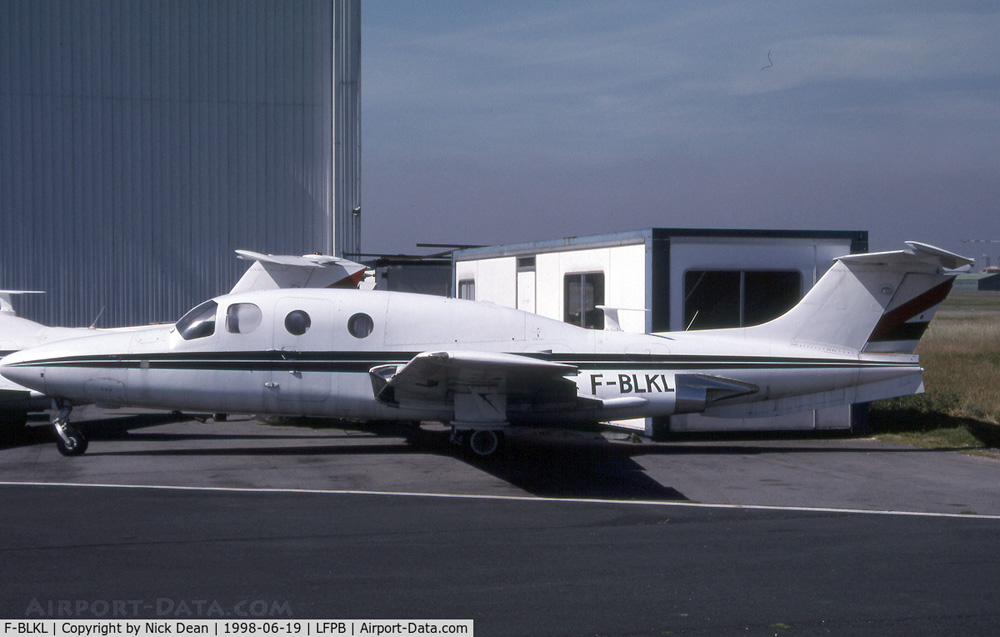 The Paris jet, especially the MS760C version with round cabin windows, has air intakes in the wing roots and a low T-tail, like the D-Jet. However, the intakes are triangular and the tail is an actual T-tail, so also the twin jet MS760 should be easy to distinguish from the D-Jet. (photo: Nick Dean)