Often seen as the ultimate bushplane the DHC-2 Beaver remains one of the most used utility aircraft in the remote areas of North America. Although designed by DeHavilland Canada in the late 1940s, many survive today as its replacements are more expensive. Crashed Beavers are even rebuilt when possible, showing their strength.

The DHC-2 has high wings, braced by single struts. The fuselage has the engine up front, with the cockpit close behind. Typical are the triangular side windows, in the cockpit door, with the front corner "cut off" by a window frame. The cabin window arrangement can differ, due to modifications, but originally the large window in the cabin door has a trapezium shape. One or two smaller nearly rectangular windows may follow. The tail is conventional, with a curved triangular vertical fin and dorsal fin.

The DHC-2 normally has a wheeled, tail wheel gear. However, nowadays many are fitted floats. They can also be equipped with skis.

Viking Air purchased the type certificate for the DHC‑2 in 2006 (together with all models from DHC‑1 until DHC‑7). It continues support for the aircraft still in operation. 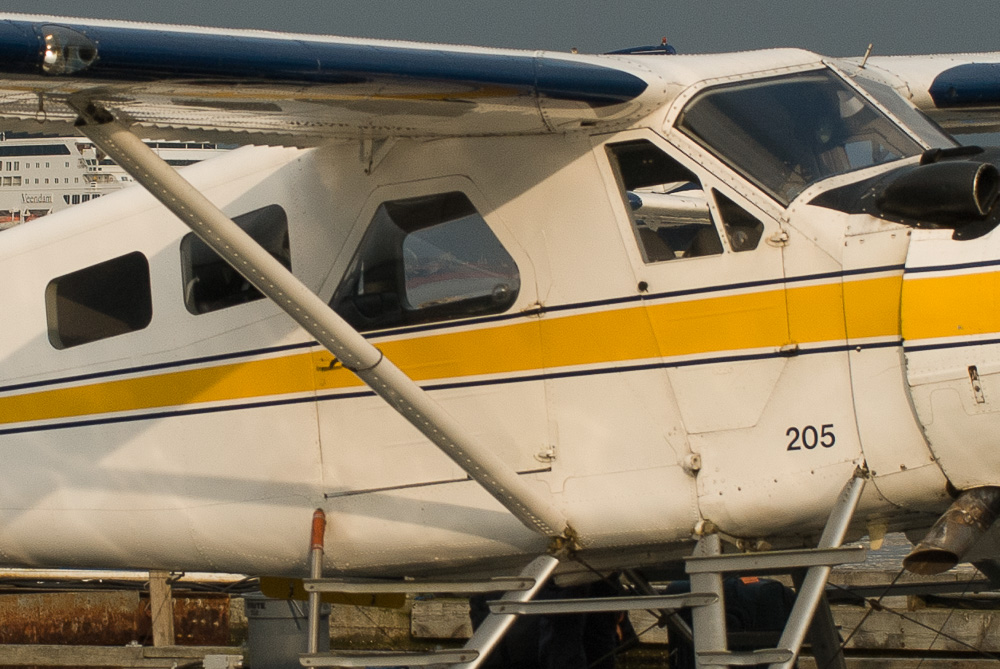 Here you can see the window layout of original Beavers: a triangular cockpit side window with the front corner framed off, and a large trapezium window in the cabin door. 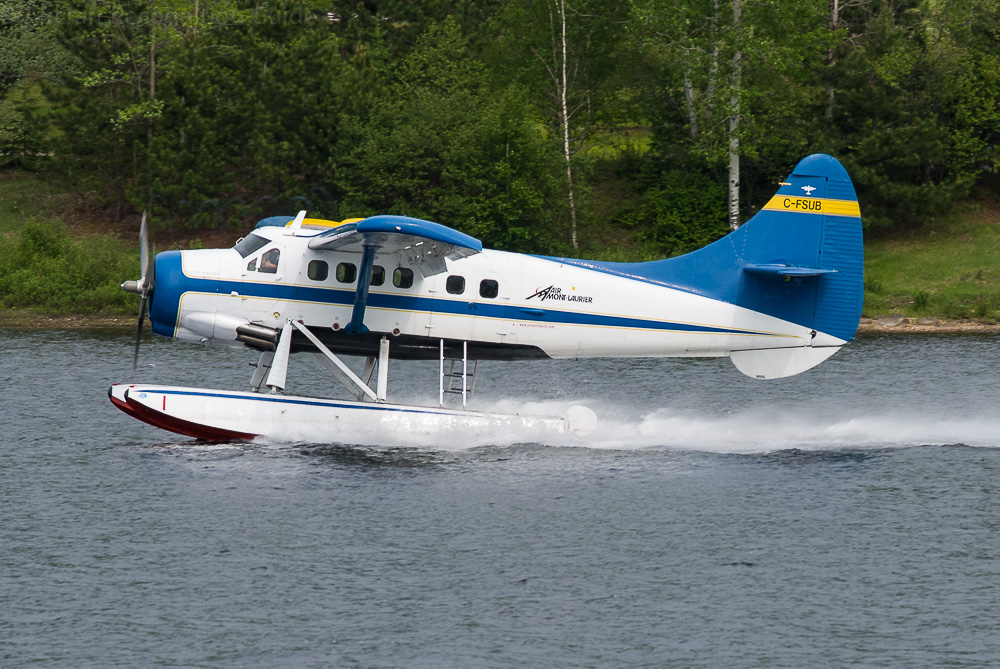 The Otter is quite larger than the Beaver. More­over, its tail has a cruciform shape, with the vertical stabiliser curved all around, from the dorsal fin to the tail cone. The cabin windows are nearly square with rounded corners. 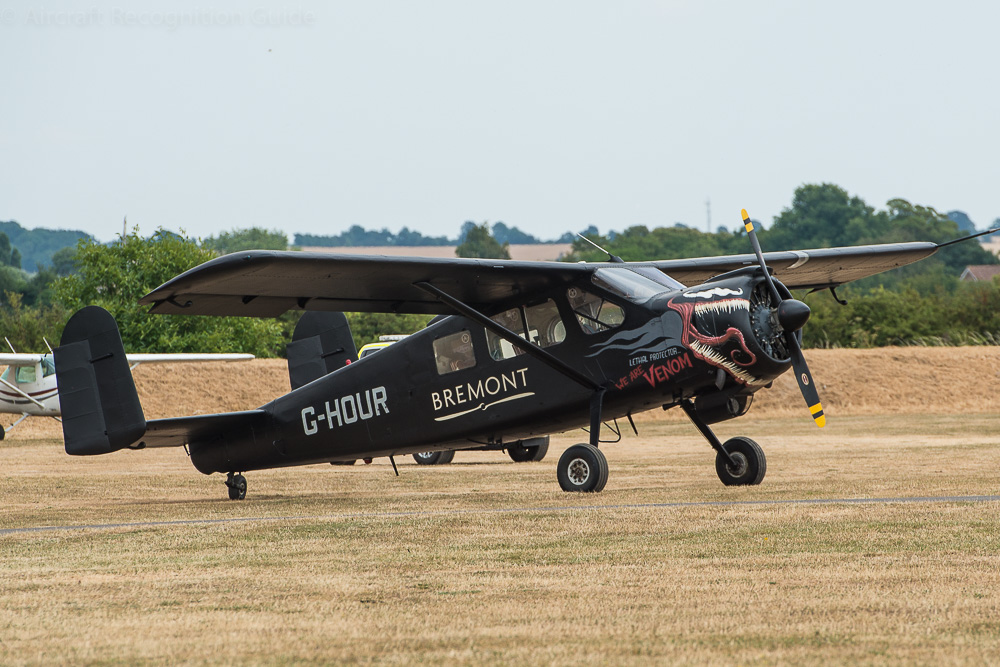 The Broussard can be consi­dered as the "French Beaver". It is of similar size and configuration, except for the H-tail. This clearly distinguishes the MH1521 from the DHC-2, as do the larger cabin windows. 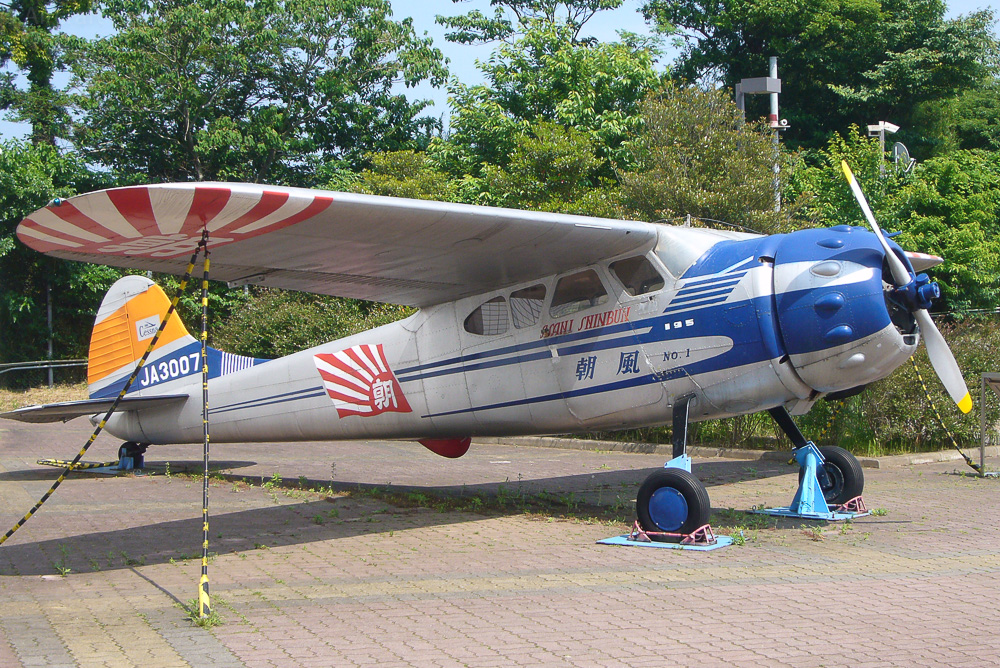 From the same generation is the Cessna 195 with its non-braced wings with rounded tips, larger cabin windows and more rounded vertical stabiliser with smaller dorsal fin than the DHC-2. 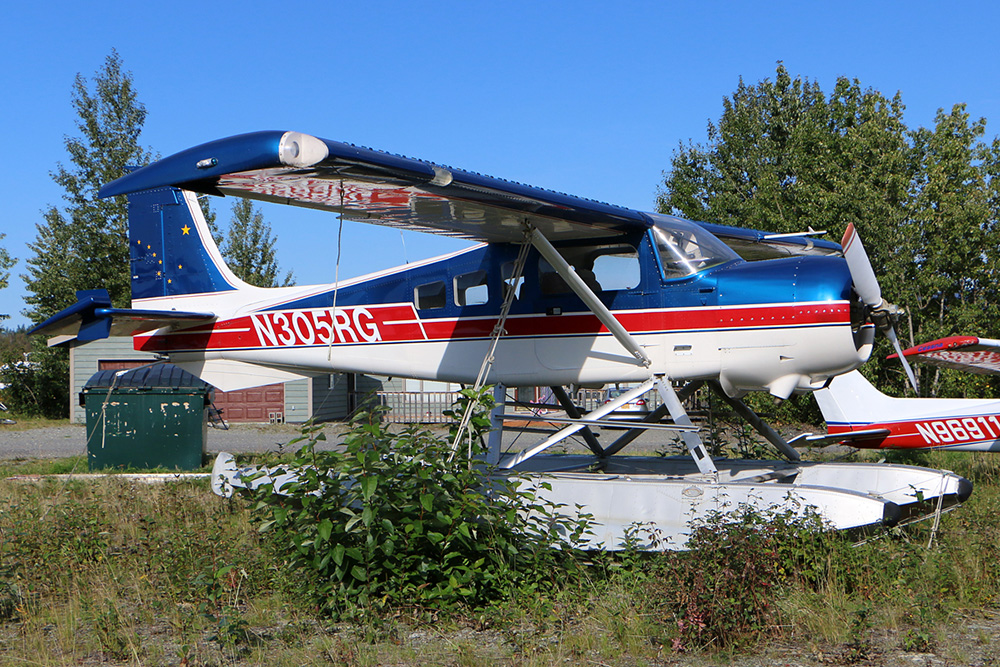 As a more modern alternative to the Beaver the Murphy Moose looks quite similar, especially when fitted with a radial engine. The Moose has a single, front cockpit window, and a big cabin/cockpit window on each side. Finally, the tail is less curved. (photo: Jeroen Stroes Aviation Photography/WikiMedia) 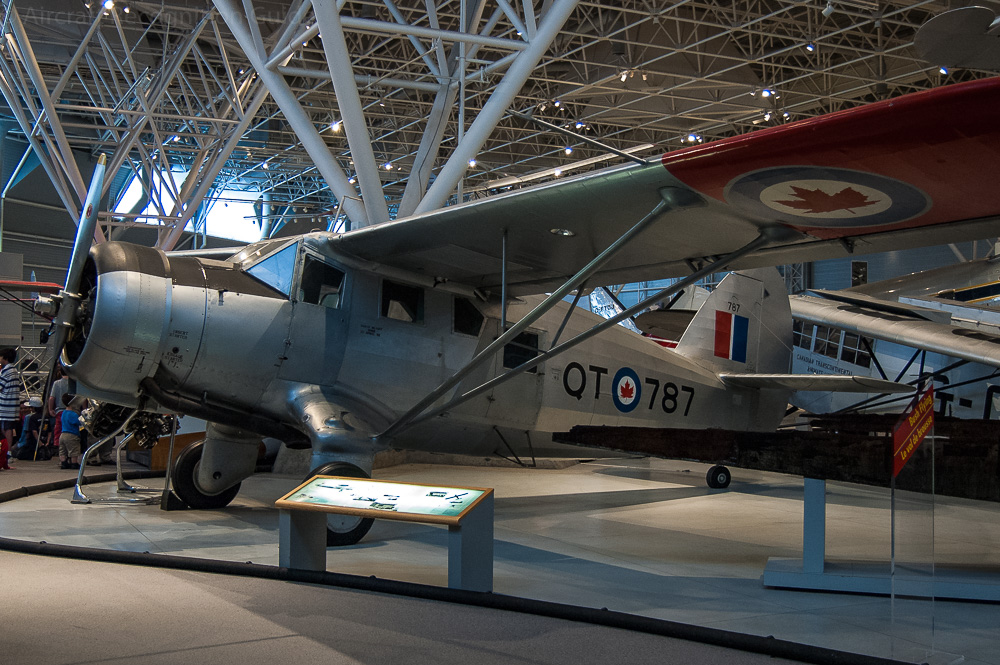 Another Canadian bushplane, from an earlier generation. Its wing struts are composed of multiple bars, unlike the single one of the Beaver. The fuselage is more rounded and it has six, flat cockpit windows. Finally, the tail is without a dorsal fin. 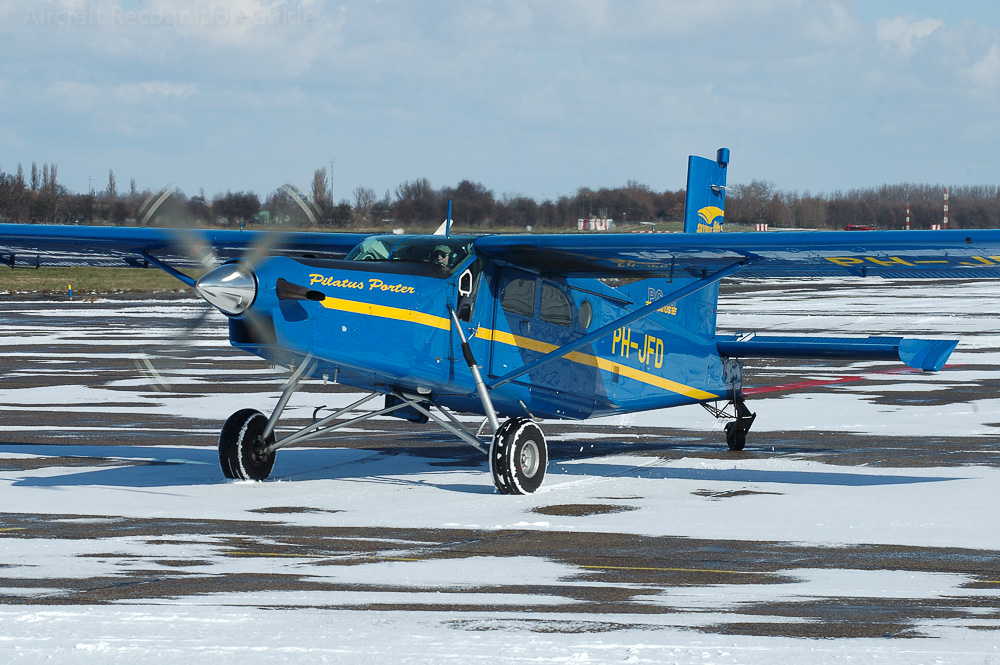 While the standard DHC-2 Beaver has a big radial engine up front, and should thus be easily identified, the turbo version looks more like a Turbo Porter. The nose looks similar and the tail is nearly straight. The DHC-2 MkIII however has different cabin windows, with a single trapezium one in the middle. Also the main gear has single, streamlined struts.