The baby jet of Dassault is a smaller version of the Falcon 20 with different cockpit windows and three or four cabin windows on each side. It also has a single nose wheel and a split passenger door, partly opening up and partly down. Apart from the Falcon 20 you could mistake it for an Aérospatiale Corvette. 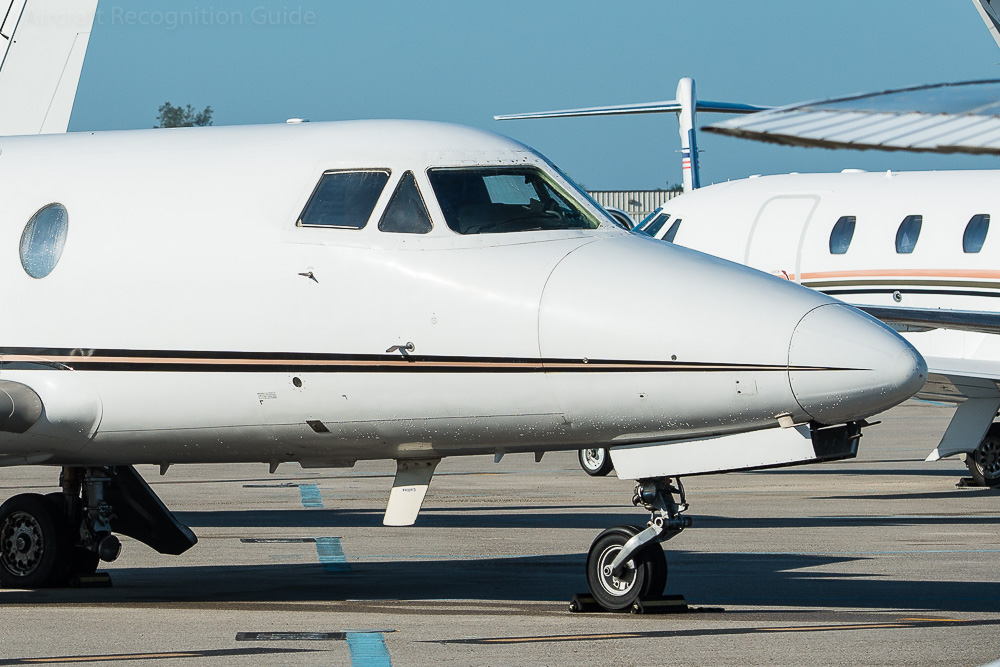 Different nose of Falcon 10 compared to that of the Falcon 20 and Corvette.

The first version was the Falcon 10. It is characterised by the three cabin windows on the right side of the fuselage.

Falcon 10MER is the French navy version of the aircraft, used for transport and communication. 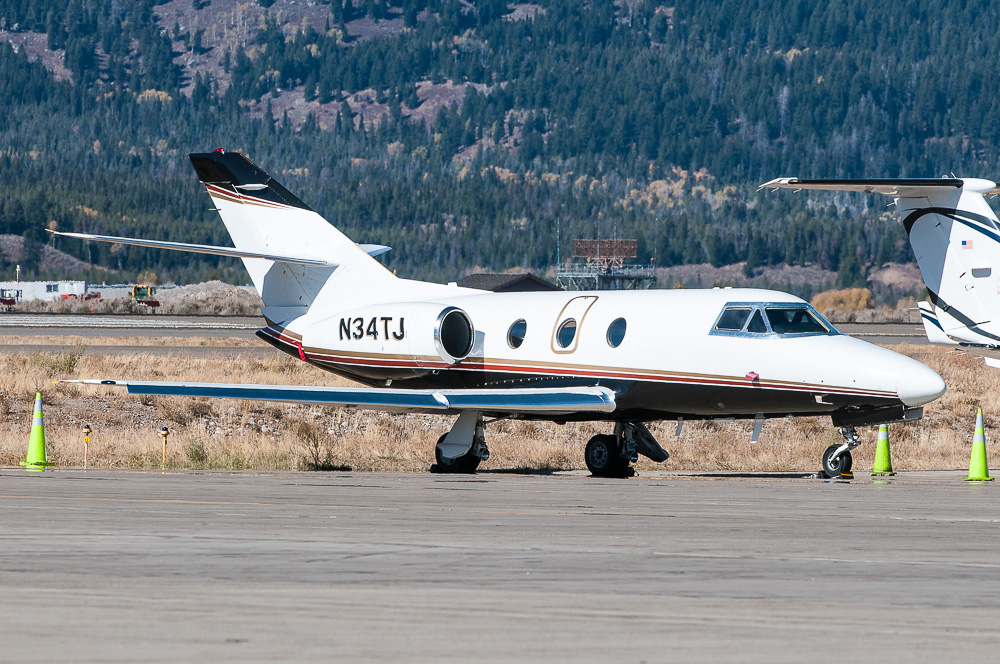 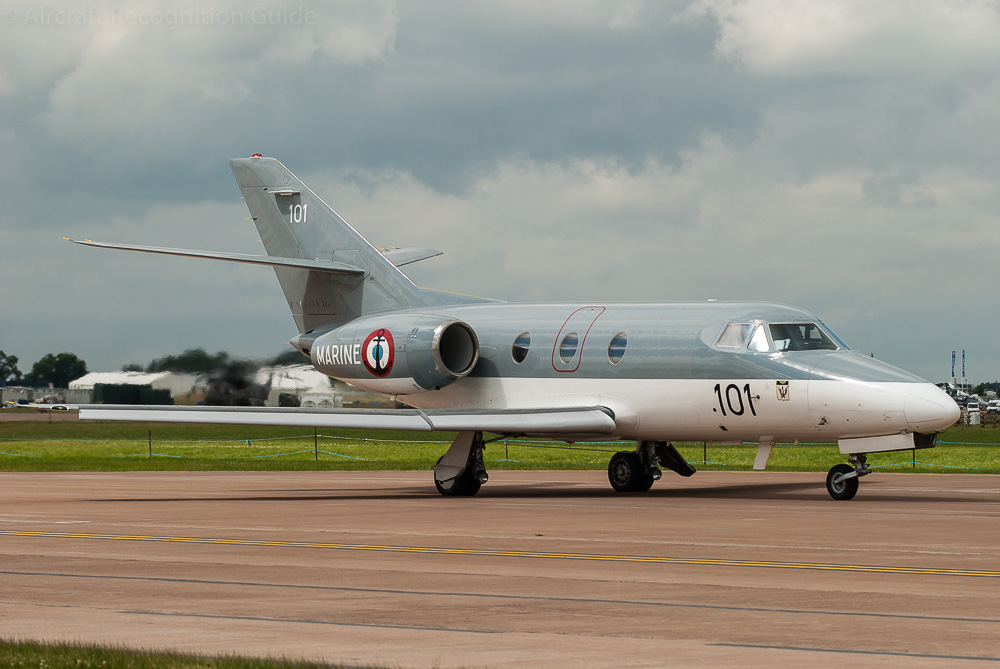 A fourth cabin window on righthand right side of fuselage is the main difference with the Falcon 10. Other improvements include an increased takeoff weight, a larger luggage compartment and a glass cockpit. 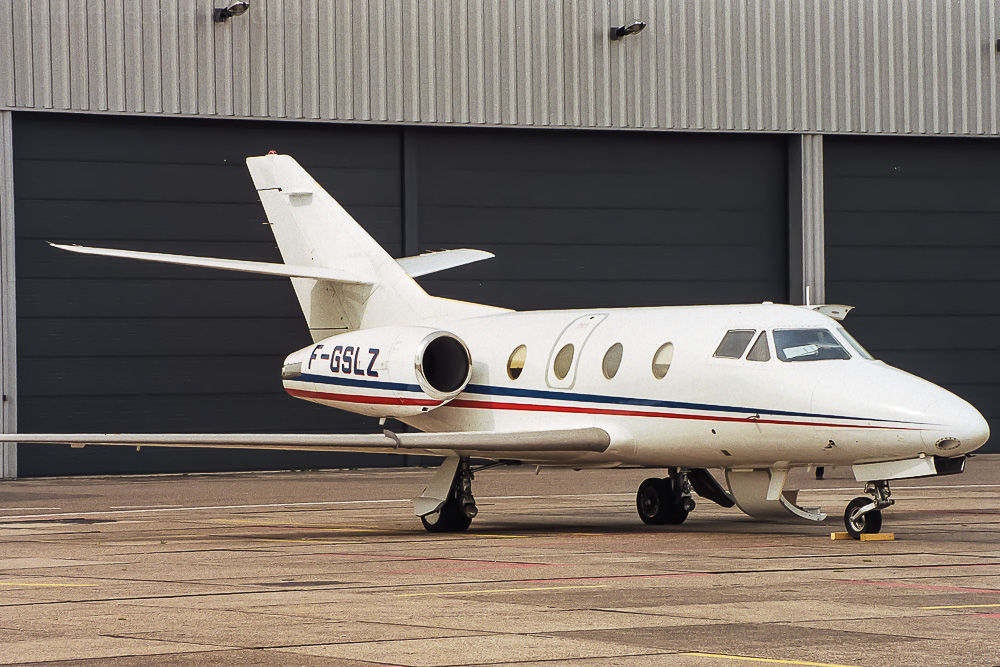 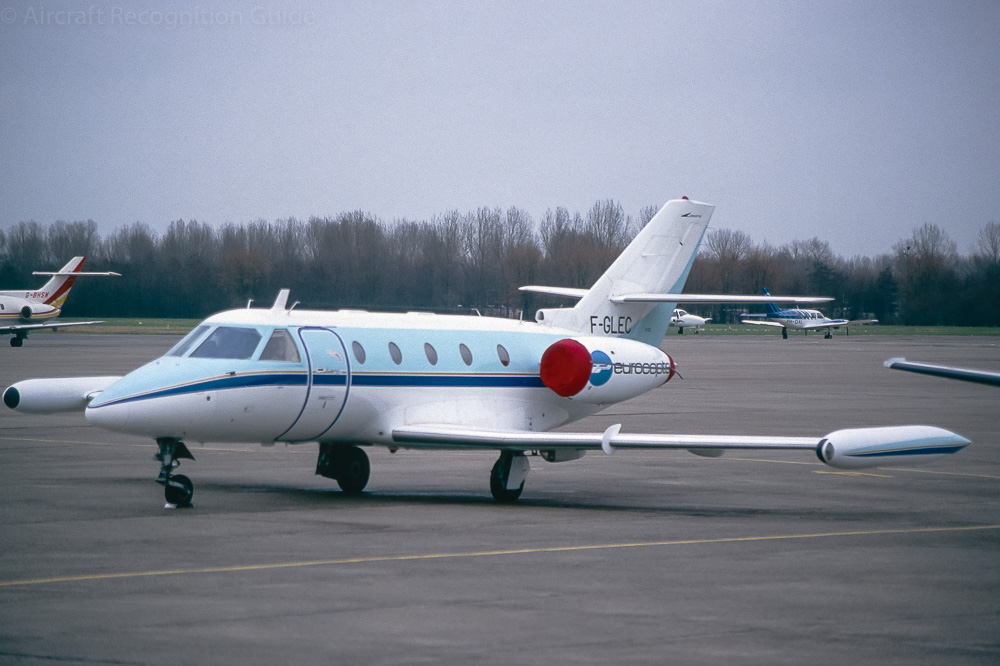 Compared to the Corvette the Falcon 10 has fewer cabin windows, six cockpit windows (instead of four), no tip tanks and no air intake in the dorsal fin. 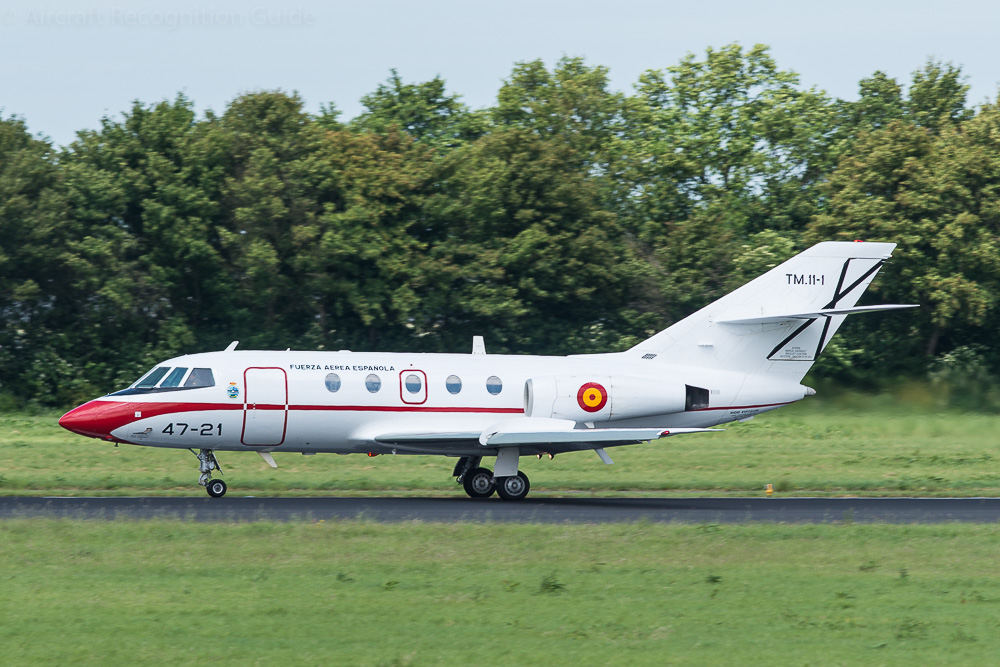 The Falcon 10 is clearly derived from the larger Falcon 20. The Falcon 20 is longer with five cabin windows, has different cockpit windows and two wheels on the nose landing gear.