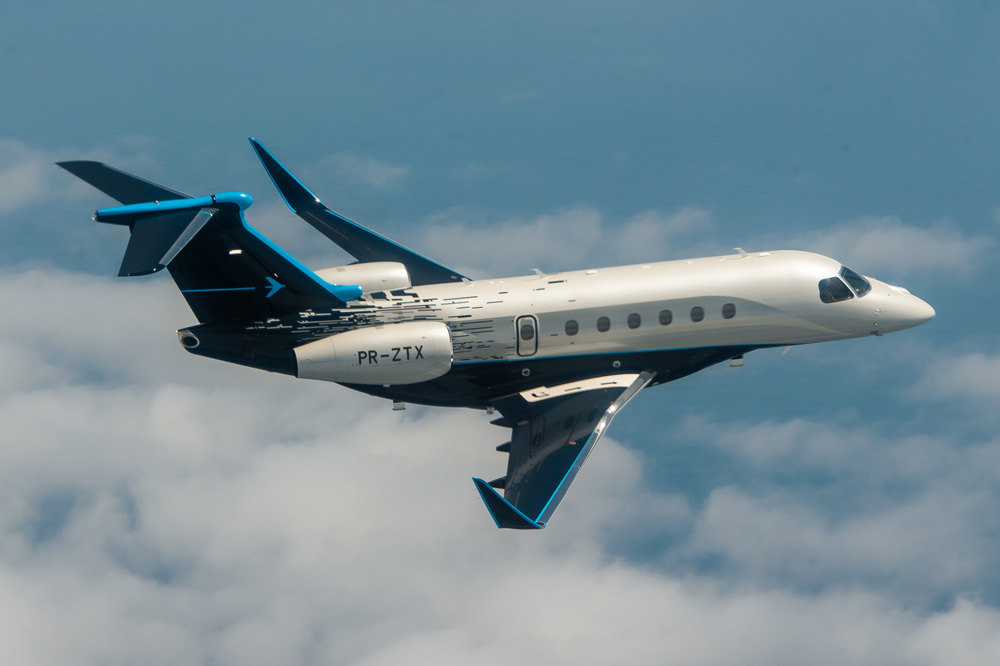 While the manufacturer categorises these aircraft as "super mid-size", they are derivatives of the EMB545 Legacy 450 and EMB550 Legacy 500 respectively. So they have the same external dimensions as these predeseccors. The main external difference are the taller winglets. Performance wise, the increased range is the trademark of the new aircraft, thanks to both the more efficient winglets and an increased fuel capacity. A part of this capacity is added to the belly, enclosed by a larger wing-fuselage fairing. However, the latter is not as visible as the new winglets.

According to the manufacturer the Praetor jets are currently under development, with two Praetor 600 prototypes in flight tests as well as one production-conforming aircraft, and one production-conforming Praetor 500 getting ready for testing. Both aircraft could already be seen at the static display of the NBAA-BACE in Orlando (FL). The Praetor 600 is expected to be certified and enter service in the second quarter of 2019, followed by the Praetor 500 in the third quarter of 2019.

The Praetor 500 and 600 will not replace the two aircraft on which they are based. Instead, the Legacy 450 and 500 remain available for customers who do not require the increased capabilities of the Praetors. (photo copyright Embraer)