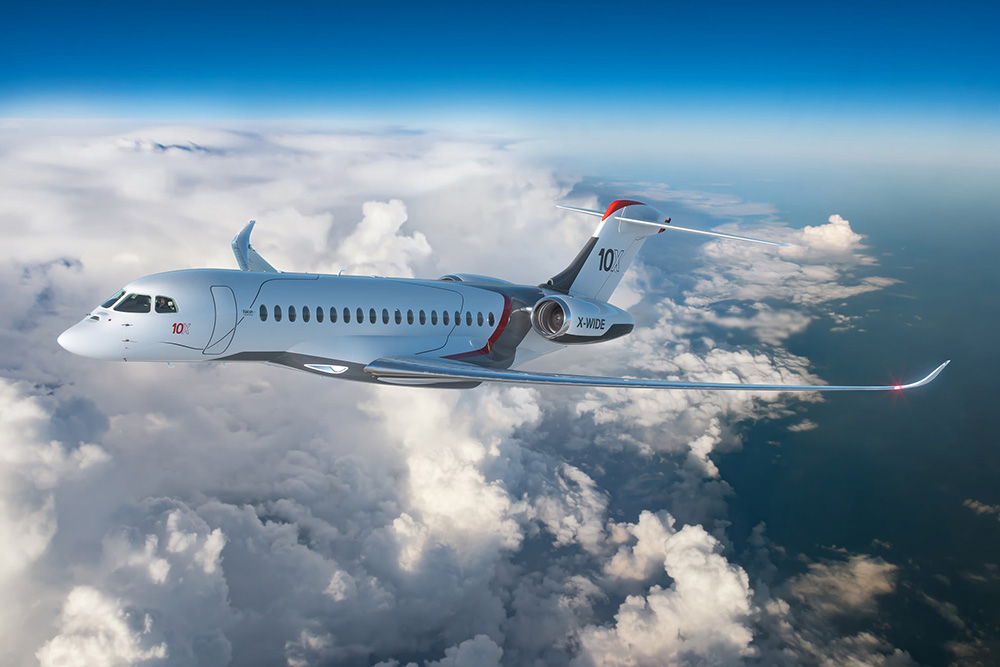 Two weeks ahead of the virtual EBACE Dassault let the world know it is going head-to-head with competitors Gulfstream and Bombardier with its new Falcon 10X.

Dassault never had a real competing aircraft for the Gulfstream G650/G700 and Bombardier Global 7500, with their wide cabins and ultra long range. The Falcon 6X is more similar to the G500/G600 and Global 5500/6500. But that will change from now on with the Falcon 10X. It is to have the widest cabin of a purpose-built business jet. For the rest is looks much like its competitors. The 10X will even have a T-tail, for the first time ever on a Falcon! Judging the published photo the tail will be similar in appearance as on the CRJ700, especially the short dorsal fin and top of the vertical fin. The cockpit and cabin windows are like those on the Falcon 6X.

Regarding the development planning Dassault has only announced that certification and first delivery are expected in 2025. By then you can pick up your aircraft for about $75 million.