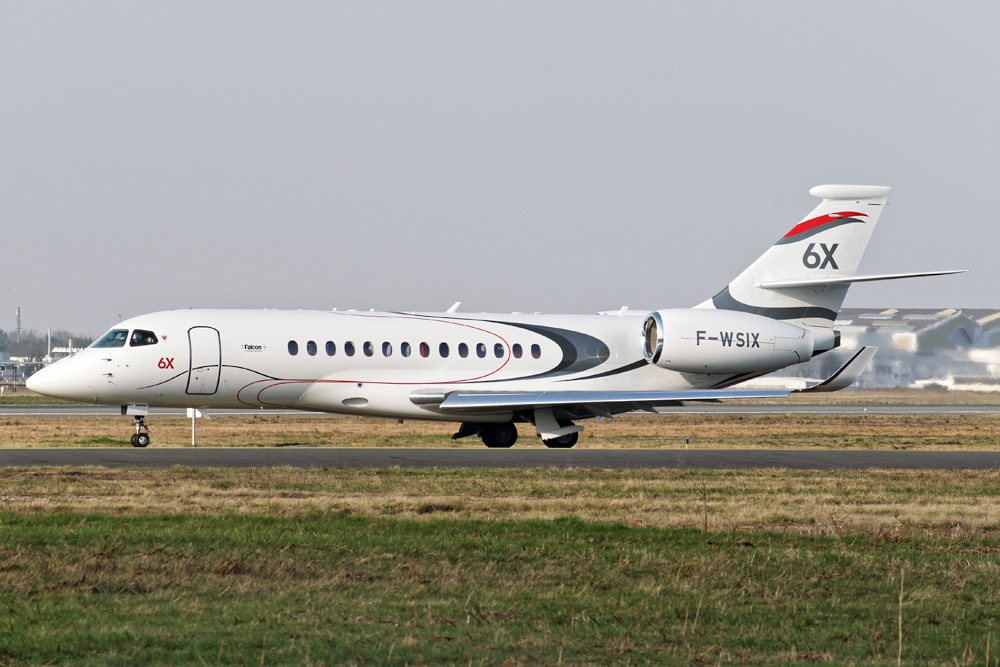 Some three years after terminating the Falcon 5X the reinvented Falcon 6X made its first flight from Bordeaux on 10 March 2021.

Dassault Aviation hopes the start of the test flight programme will finally bring it further than the troubled Falcon 5X. The latter was announed in 2015 as a competitor for the Bombardier Global series and Gulfstream large cabin jets. It was to be powered by the SNECMA Silvercrest engine, but this engine continued to have problems even after the first flight of the 5X in July 2017. Therefore Dassault cancelled the Falcon 5X in December 2017 and went back to the drawing board to design the Falcon 6X.

The Falcon 6X is nearly the same as the Falcon 5X, but slightly larger and powered by Pratt & Whitney PW812D engines. The fuselage is about half a metre longer than that of the 5X, which is visible in the space between the entrance door and first cabin window.

Aircraft number 2 and 3 will soon follow the the first aircraft to the Istres flight test centre. After receiving its papers deliveries are expected in 2022.