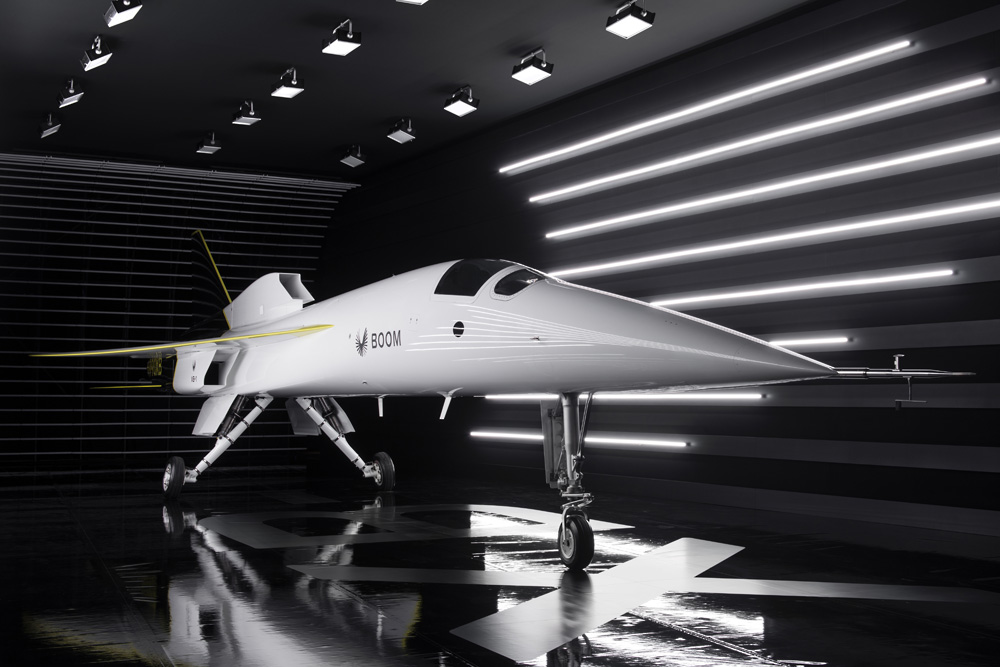 Boom Supersonic, the company that is developing a supersonic airliner called Overture, rolled out the XB-1 on 7 October 2020.

The XB-1 is a demonstrator aircraft that is to prove new technologies before they are incorporated in the Overture. The Overture is to be the first supersonic commericial airliner since the Concorde. As regulations are much more strict nowadays than in the 1970s, the Overture needs to be a quiet en sustainable aircraft. While the XB-1 has not exactly the same shape as the eventual Overture, both aircraft share delta wings, a triangular tail and three engines that power the aircraft. Essentially, the XB-1 is a one-third sclae model of the Overture. Two engines are under the wings, next to the fuselage, and one is in the rear fuselage. All air intakes have a wegde shape and the inlet of the middle engine is on top of the fuselage, in front of the tail. These engines are old models, General Electric J85s which are for example also used on the Northrop F-5 and T-38.

After the rollout, the XB-1 continues its extensive ground test programme before heading to Mojave (CA). From there the first flight is planned for 2021. (photo Boom Supersonic)