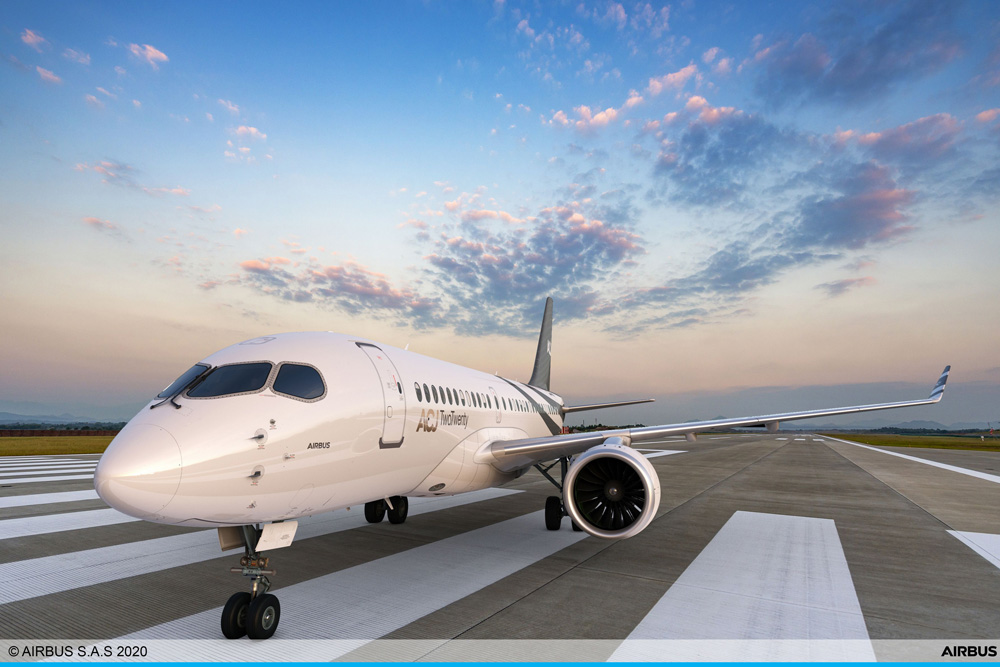 Now that the former Bombardier CSeries has been fully incorporated in the Airbus product line, a new version was announced: the ACJ220 corporate jetliner.

Also reffered to as the ACJ TwoTwenty, the aircraft is the bizjet version of the A220-100, the smaller of the A220 family. While having much more room inside, the ACJ220 will cost somewhat less than a traditional large business jet. It will however not have the range of the Gulfstream G700 or Global 7500.

Airbus Corporate Jets already has a launch customer, Comlux Aviation that already flies other members of the A320 and A320neo family. The Swiss company has placed orders for six aircraft. Airbus also received orders for four aircraft from other customers. First deliveries are expected in 2023.