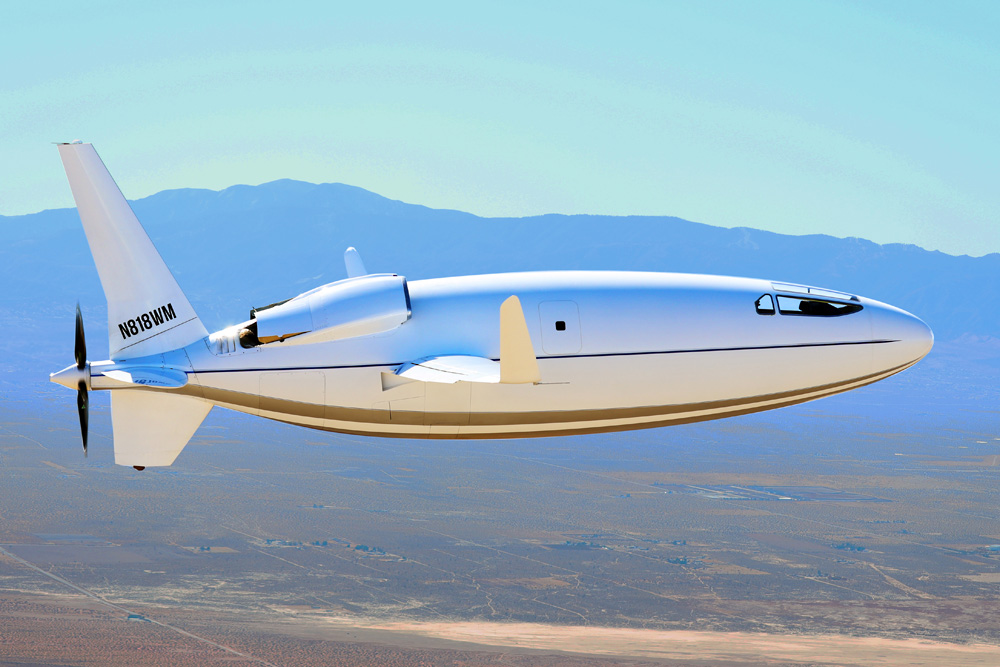 Out of nowhere Otto Aviation of Yorba Linda (CA) announced that it had flown the prototype of a revolutionary pusher prop aircraft already more than thirty times.

The Celera 500L is a six passenger aircraft that has been optimised for low drag and thus fuel efficiency. Even though it has a stand-up cabin laminar air flows are maintained over the most of the fuselage skin, as well as the wings and tail surfaces. The wings are very slender and have winglets. They go straight through the middle of the fuselage. In the back is a 500 hp diesel engine, giving the aircraft a cruising speed of 390 knots while only burning a gallon of fuel every 16 to 22 NM. At this speed it can fly for almost 4000 NM!

Otto Aviation presents the aircraft as the "most fuel-efficient commercially viable passenger aircraft in the world". Its fuel efficiency makes private air travel possible at commercial air fares. The first test flights have given Otto Aviation sufficient confidence in the concept that it wanted the rest of the world to know. The company plans to certify the aircraft between 2023 and 2025.