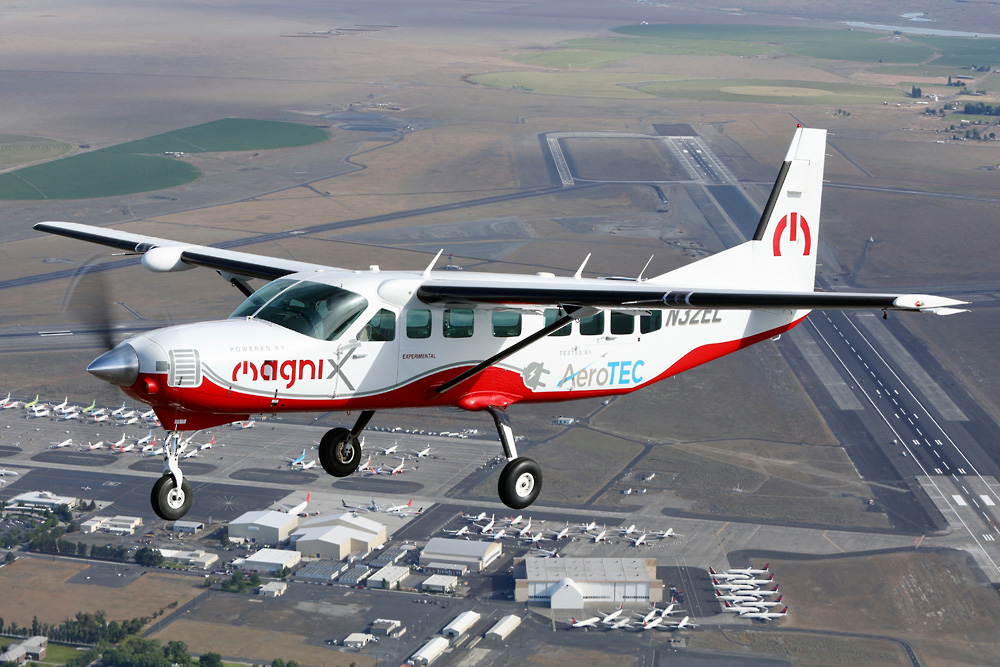 On 28 May 2020 MagniX celebrated the first flight of its next project to electrify aircraft, the eCaravan. Now it concerned an even larger aircraft than the Beaver last year, a Cessna 208B Grand Caravan!

The eCaravan is the result of a cooperation between MagniX, supplier of the 750hp engine, and AeroTec, that performed the conversion. The electric engine drives a three bladed prop. On the outside the differences compared to the original Grand Caravan are limited: the only really visible change it that the large exhaust pipe on thr right side is gone.

The first flight took place from Moses Lake (WA) and lasted about half an hour. This is also about the projected range of the aircraft, after which it needs about the same time for recharging. It would be able to carry nine passengers over a distance of 100 miles at a fraction of the cost of a jet fuel powered aircraft. This would make it ideal for short hops between island close to the mainland. It can be considered as the largest commercial electrically powered aircraft in the world today. Certification is planned by the end of 2021. (photo by Magnix)