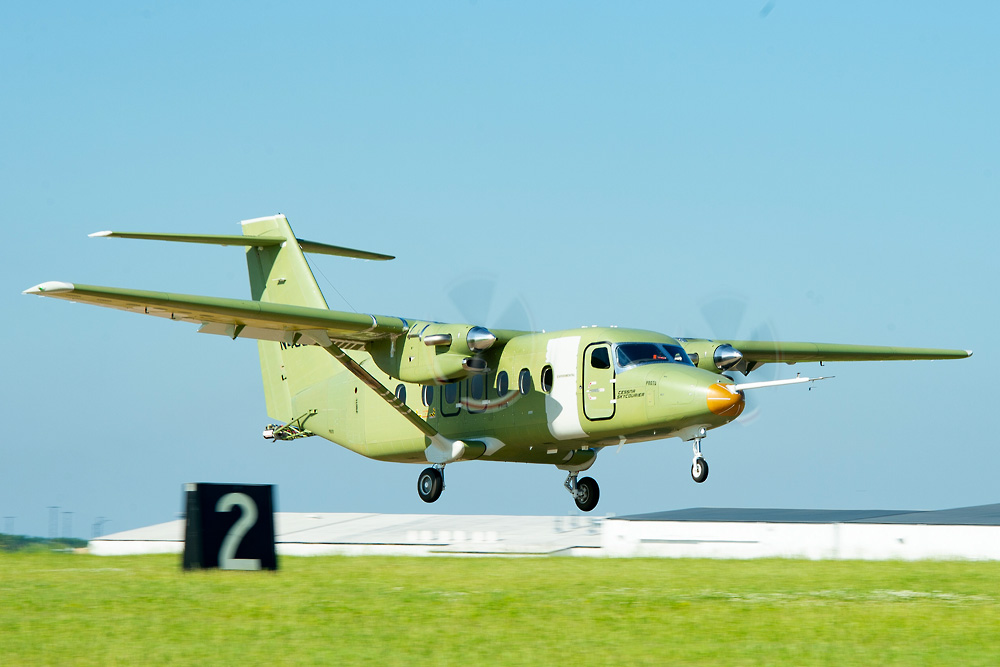 Textron Aviation's newest aircraft, the Cessna 408 SkyCourier, made its first flight from Wichita-Beech Field in Kansas on Sunday 17 May 2020.

The first flight lasted two hours and fifteen minutes during which the company tested the aircraft’s performance, stability and control, as well as its main systems. A lot had been tested beforehand and as expected the aircraft performed very well. Announced in  November 2017, this marked the start of the flight test campaign, which is to lead to the first delivery to launch customer Federal Express later in 2020.

Now that we have a better view on what the aircraft looks like, it is also easier to describe it. The aircraft has a nearly square fuselage, that quickly tapers behind the large cargo door on the left side aft of the wings. On top is a quite tall vertical stabiliser with T-tail. Although the first primary purpose of the aircraft is transport of FedEx packages, the fuselage of the prototype has large oval cabin window. It is available as passenger aircraft and combi aircraft as well. The freighter version will be without cabin windows though. The cockpit has its own entrance doors on both sides to allow the pilot getting into the cockpit without climbing over the cargo. Finally the aircraft has a fixed tricyle landing gear and struts bracing the wings. All in all it should not be difficult recognise. (photo Textron Aviation Inc.)