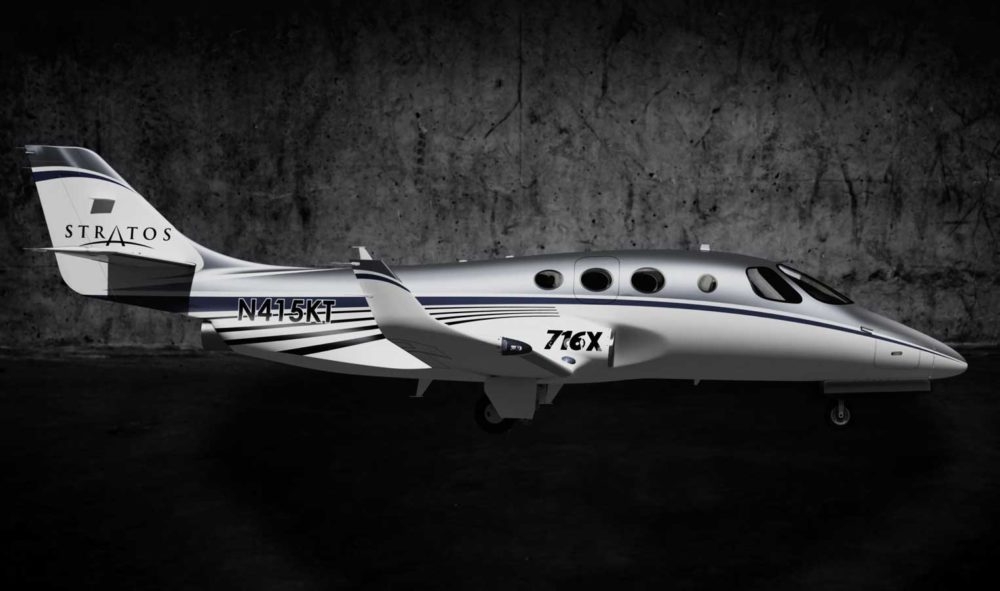 The main difference compared to the Stratos 714 is the lengthened cabin. This results in an extra small round cabin window just aft of the cockpit. The first batch of 716s will be produced as kit aircraft and branded the 716X. The first aircraft is under construction and is planned to the handed over to the customer mid-2019. The Stratos 716X will be powered by a Pratt & Whitney JT15D-5 engine, while for the production version (the 716) the PW535 has been selected. Stratos

The Stratos 714 was launched in 2008, and the initial aircraft made its first flight in November 2016. This proof-of-concept aircraft has accumulated more 200 flight hours during 140+ test flights.