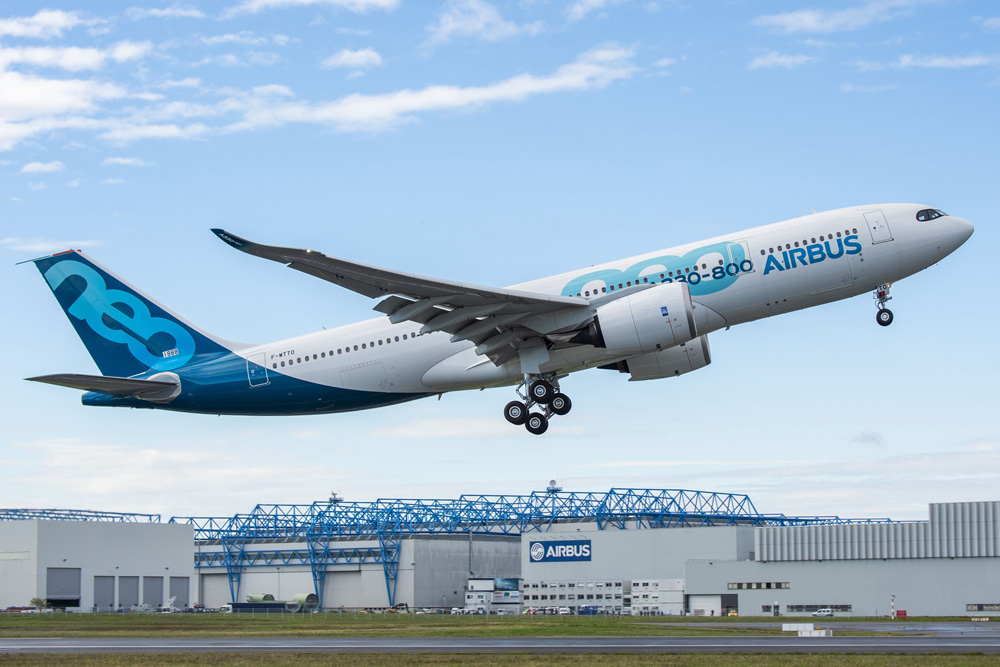 The second member of the Airbus A330neo family has made its its flight. This took place on 6 November 2018, from Toulouse-Blagnac, and lasted about four hours.

The aircraft joins the A330-900, of which the first aircraft was delivered to launch customer TAP Air Portugal late November. The future of the smallest A330neo didn't look so bright until recently. After Hawaiian Air cancelled its order this summer, no orders were left. However, in October Kuwait placed an order for eight aircraft. So, the prototype may not be the only A330-800 afterall! (photo copyright Airbus Industrie)