One of the smallest bizjets around is this very light jet developed by Cirrus Aircraft. It is one of the few true personal jets that have succeeded, against many failures. The SF50 is hard to miss when it comes to recognition. Its short “fat” fuselage with a single large cockpit window has three cabin windows. The jet engine is placed on top of the fuselage, much like on the Heinkel He162 in the 1940s. To make room for the the exhaust a butterfly tail was added. This V-tail design with a jet engine on top of the fuselage makes the Vision Jet unique.

Basically there is just one version of the aircraft although Cirrus launched the Vision Jet G2 in 2019, with an improved performance and upgrades to the cabin and cockpit. In 2021the G2+ was introduced with further upgrades, non of which are externally visible (except the dedicated standard paint scheme). 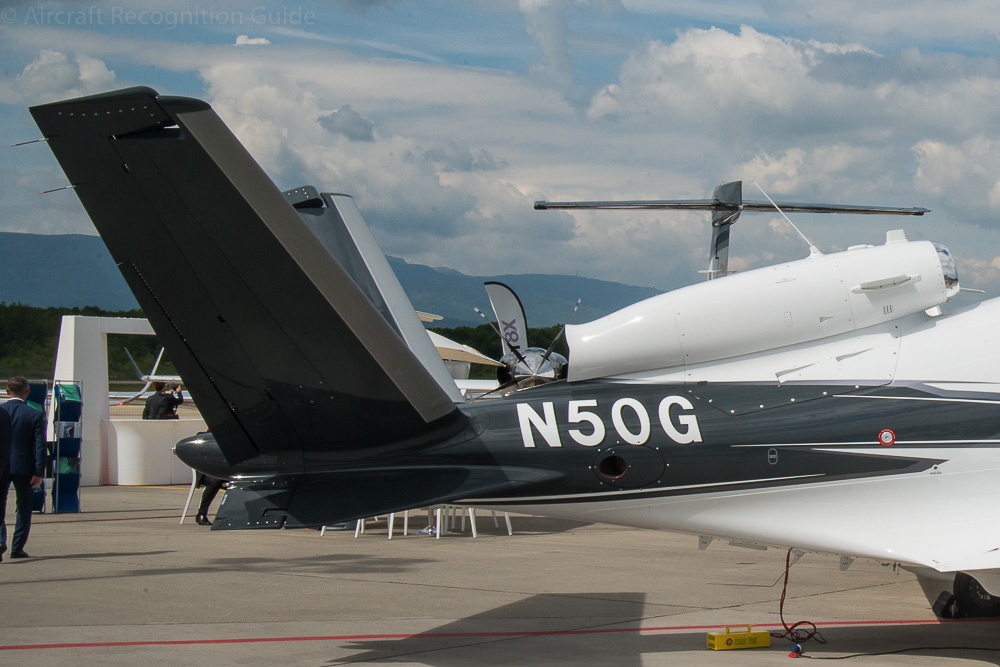 A detailed view of the rear of the Vision Jet with its V-tail, small ventral fins and the engine nacelle on top of the fuselage.

Because the Vision Jet has such a unique appearance, it is very unlikely that you confuse it with another aircraft.