Bombardier's attempt to capture a part of the market dominated by the Boeing 737 and Airbus A320 was at first not very successful. Only after the take-over by Airbus, significant orders were received for the CSeries. By then the aircraft had been rebranded as Airbus A220.

The aircraft has a very streamlined nose, including the four cockpit windows. Also typical for the CSeries/A220 are the canted winglets, attached at 45 degrees with respect to the wings. Finally the CSeries have a squared off tailcone, which similar aircraft don't have. 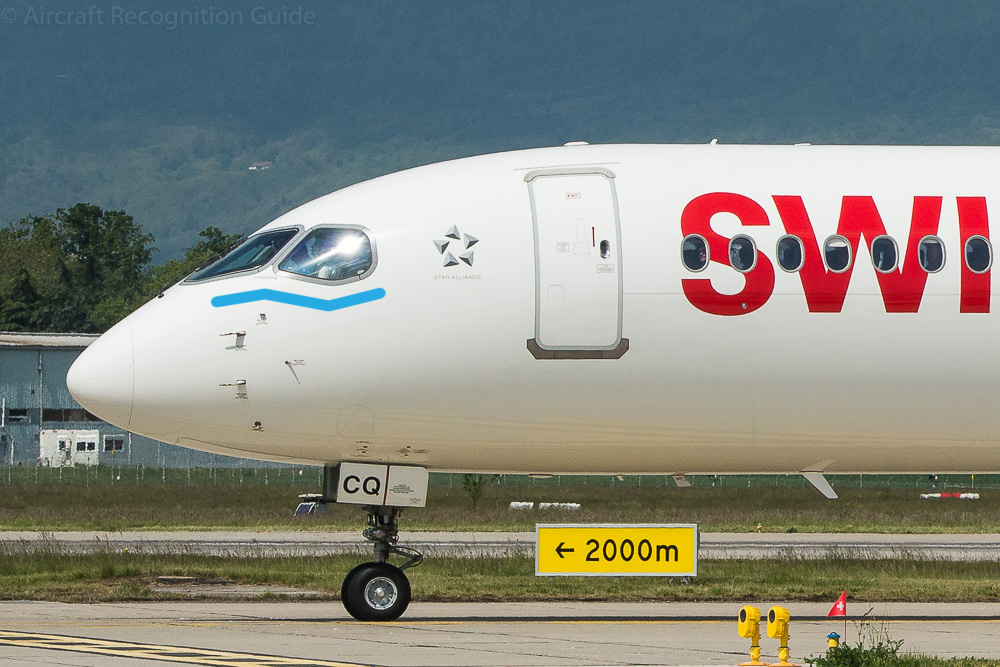 One of the recognition points of the CSeries/Airbus A220 is the streamlined nose. The bottom of the cockpit windows have a zig-zag shape. 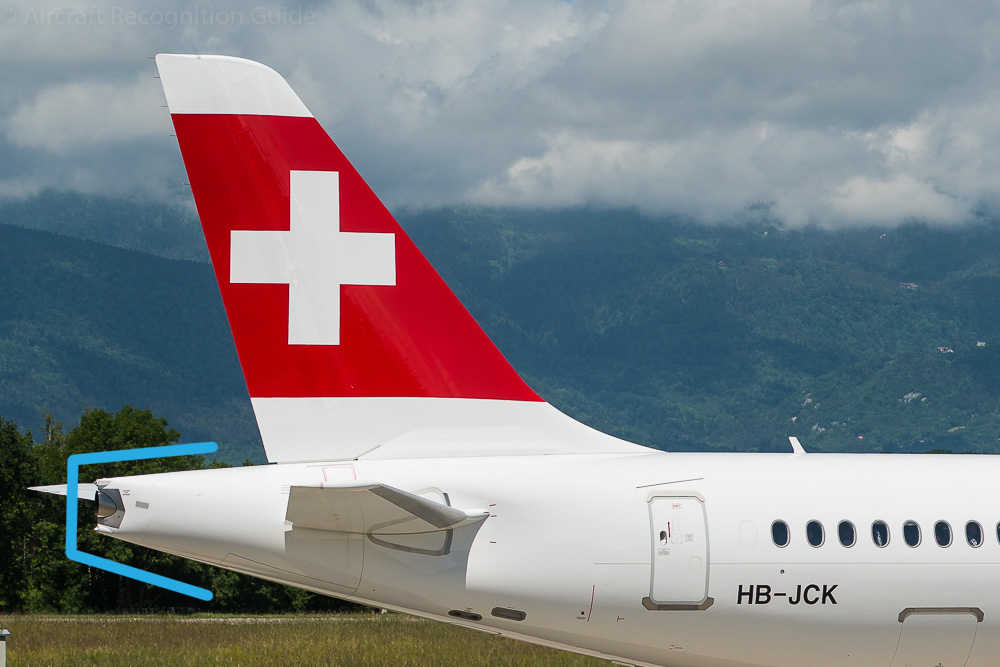 Also the pointed, squared off tail cone is typical for the aircraft.

The variants of the Bombardier CSeries c.q. Airbus A220 only differ in fuselage length.

The first version is the CS100 or A220-100. It has the shortest fuselage of the two and one overwing emergency exit. 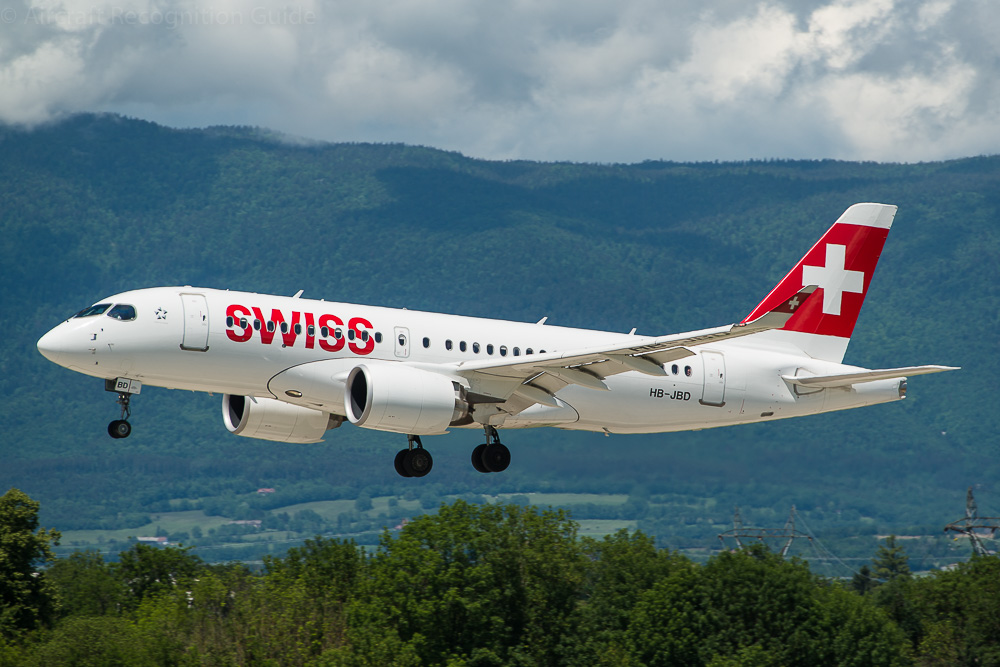 The CS300 is about four metres longer than the 100 but still has a single overwing emergency exits. To recognise this version you'd best look at the relative dimensions or count cabin windows... 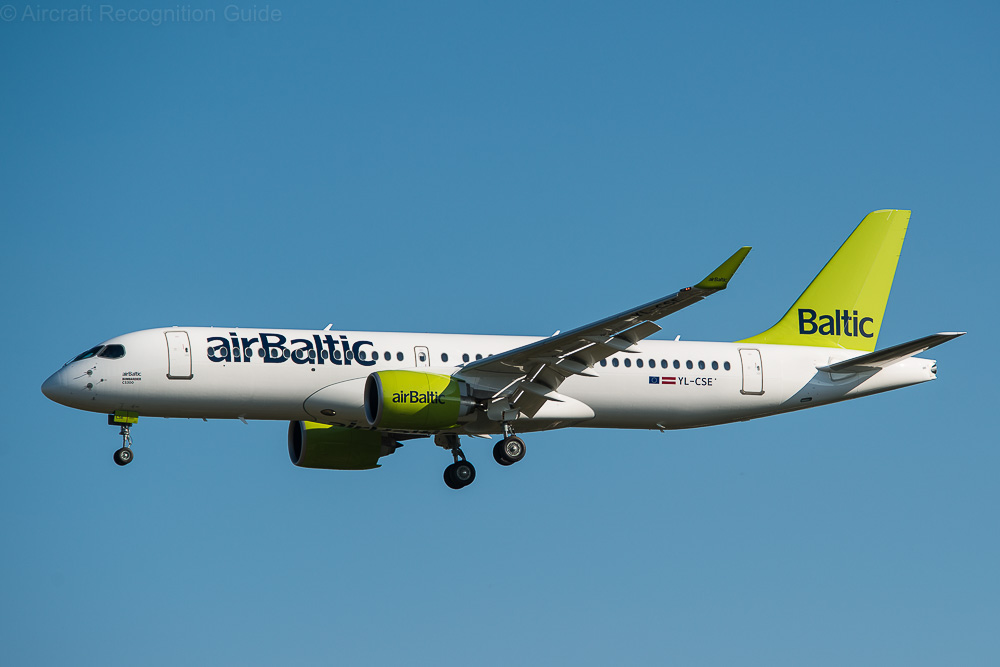 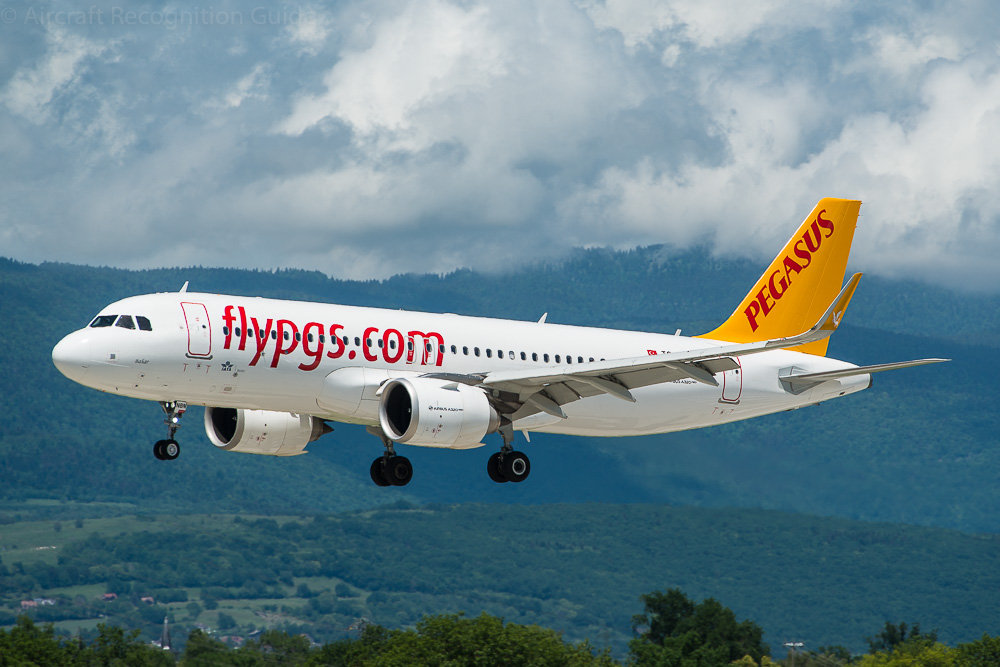 Already before the CSeries were absorbed in the Airbus family they looked like the A320, in particular the A319neo and A320neo with their big engines. The A319 and A320 however have six cockpit windows and no squared off tail cone. 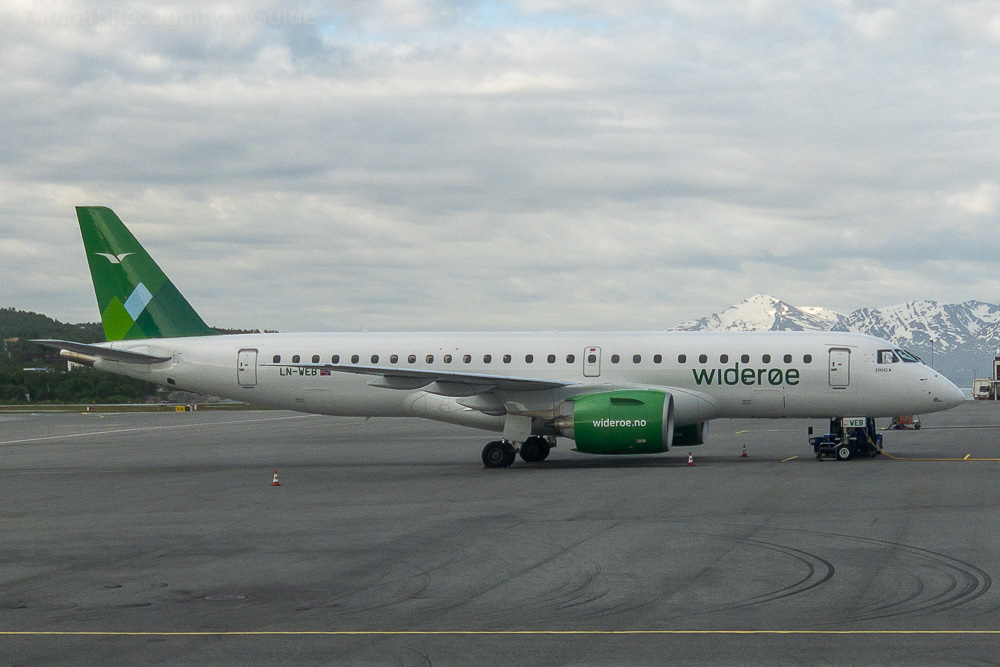 The Embraer 190-E2 and 195-E2 are the biggest competitors of the CSeries/A220. The Embraers have a narrower cabin a pointier tail cone and no winglets. The first Embraer 190/195 series had winglets attached to the wingtips at 90 degrees compared to 45 degrees on the A220. 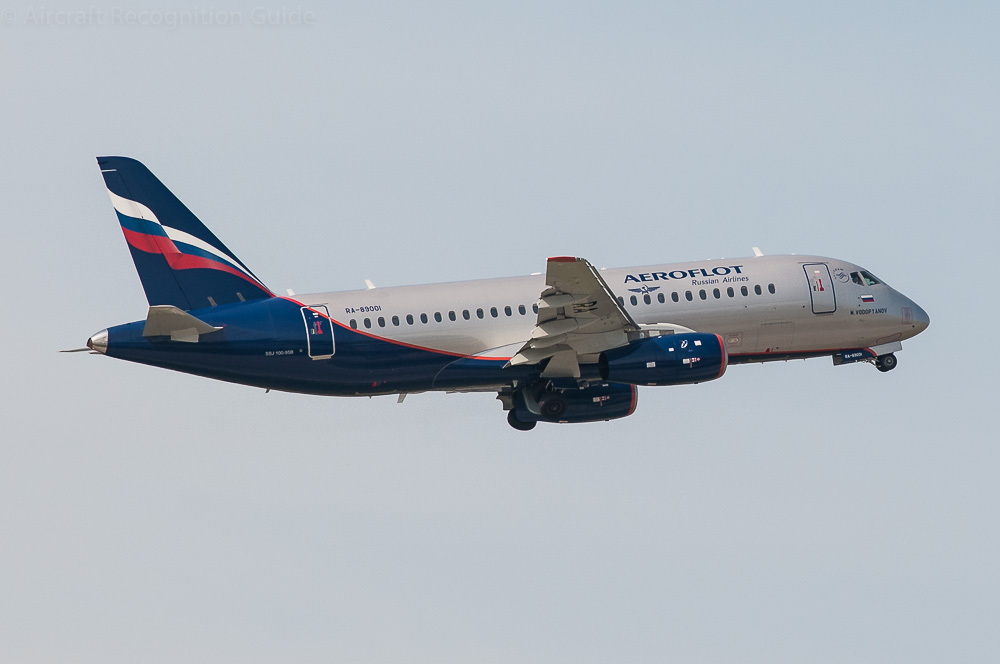 While smaller than the CSeries/A220 the tail section amy still make you believe that you are dealing with that aircraft instead of a Sukhoi Super Jet. The latter has no winglets, six cockpit windows and much slimmer engines though.